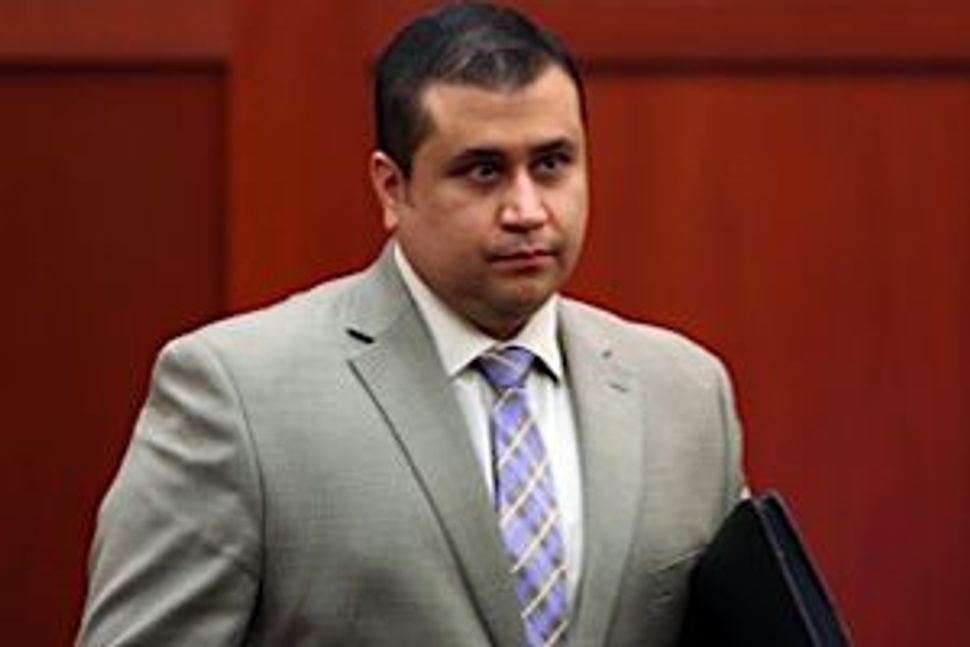 Individuals and groups reeling from the decision have taken to the streets, Twitter and Facebook to express their anger and grief. “Today, justice failed Trayvon Martin and his family,” Roslyn Brock, who chairs the National Association for the Advancement of Colored People, said in a statement.

Others took to social media to call for calm but thoughtful reactions. Civil rights activist Jesse Jackson tweeted: “Avoid violence, it will lead to more tragedies. Find a way for self construction not deconstruction in this time of despair.”

In the spring of 2012 an editorial in the Forward about the case said “we would do well to consult [Jewish idea of] the ‘din rodef’” and that is even more true today.

“Din rodef means, literally, ‘the case of the pursuer,’ although it might be more idiomatically translated into English as ‘the right of self-defense.’ It refers to the rabbinic precept that…says: ‘Every Jew is obligated to save a pursued person from his pursuer, even if this means killing the pursuer.’ A ‘pursuer,’ in the rabbinic context, is someone who is a threat to someone’s life. If you see a mugger with a knife running after someone in the street, for example, he is a rodef and it is your duty, if you can carry it out without risk to your own life, to stop him in any way you can — even by shooting him with the gun you are carrying.”

The enforcement of the idea however poses challenges (the concept was used by Yigal Amir to justify his killing of Yitzchak Rabin) and has been “molded to circumstance” throughout Jewish history. The editorial continues:

As Philologos reminded us: “Rodef, as the rabbis came to think of it, need not be someone actually threatening you with a weapon; it can be anyone endangering you at all.”

But that very elasticity became a recognized danger in rabbinic law precisely because it is so situationally ambiguous.

“How does one perceive a threat?” that is something each of us must answer, but the editorial reminds us that “The din rodef is to be applied in only the rarest of circumstances, and only when every other alternative has been attempted.” While Jewish law differs immensely from American law, this final point is something the jury would have been wise to consider when making their decision about Zimmerman’s actions.