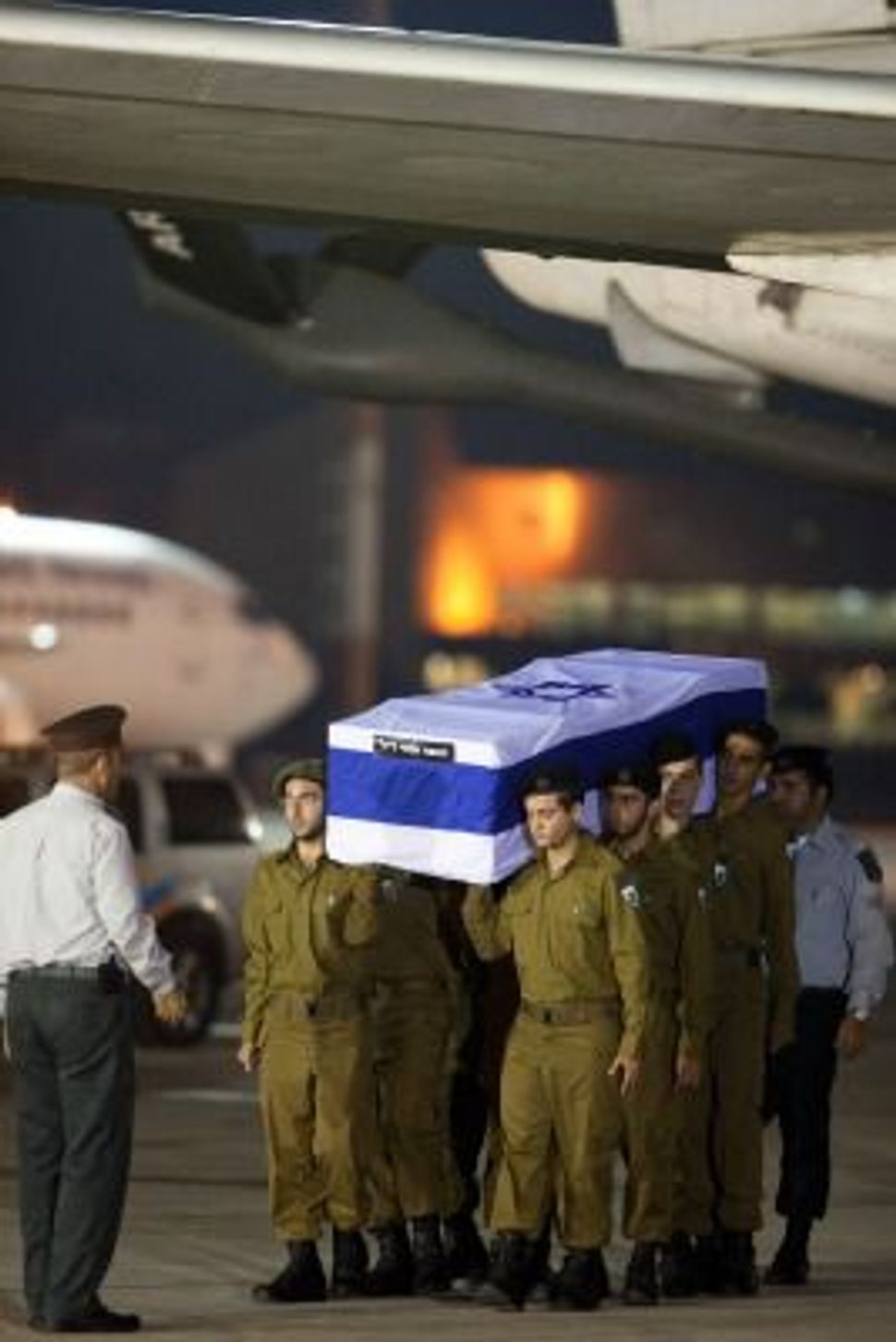 The European Union’s decision to slap the terrorist label on Hezbollah’s military wing, but not on its political wing, has been getting decidedly mixed reviews from Israel and the Jewish community. The American Jewish Committee said it “welcomes” the move as a “significant step forward in recognizing the true nature of Hezbollah,” even though AJC shares the U.S.-Canadian-Dutch view that Hezbollah is actually “a single organization.”

On the other hand, the Anti-Defamation League called it “a positive political statement, but a flawed counter-terrorism strategy,” since it “missed” the “high-value counter-terrorism target” of Hezbollah financing. B’nai Brith Canada went even further, saying the EU move gives “false legitimacy to Hezbollah’s supposedly non-violent wings,” which will “weaken international efforts to combat terror,” strengthen Iran and “cost more innocent lives.”

Yori Yanover wrote in the Jewish Press, citing a Reuters report, that the double-identity idea, “like most of the fun things coming out of the EU, is the brainchild of its foreign policy chief Catherine Ashton.”

Awkwardly enough, it now appears that differentiating the military and political wings for separate treatment was actually proposed to the EU by Israel’s negotiators. So reports Eli Bardenstein, the usually well-informed diplomatic correspondent of the right-leaning Israeli daily Maariv, in a detailed backgrounder (in Hebrew) on the Israeli campaign to secure the European ban. Launched by then-foreign minister Avigdor Lieberman, the year-long campaign was the work of a task force that was led by the Foreign Ministry and included Israel’s National Security Council and main intelligence agencies. The split-identity proposal, Bardenstein writes, was devised as a way to ease France’s fears of losing influence in Lebanon’s byzantine politics, which it feared would strengthen Hezbollah and reinforce Syria’s Assad regime.

European officials were afraid that this course of action would prevent continued dialogue with Hizbullah’s political representatives in Lebanon, such as MPs who belong to the party. The European foreign ministers circumvented that problem by citing explicitly that dialogue with the political parties in Lebanon would continue—clearly alluding to continued talks with politicians affiliated with Hizbullah.

The Israeli effort to have Hizbullah put on Europe’s list of terror organizations began in the previous decade. For years it was France, which has close ties with Lebanon, that was principally opposed to that course of action, arguing that it would undermine the fragile political stability in Lebanon. The EU administration in Brussels also was leery of any such action lest it fail to meet the European court’s legal criteria due to a lack of sufficient evidence.

The turning point was the terror attack in Burgas, Bulgaria, a year ago. A Bulgarian government report established unequivocally that Hizbullah was behind that terror attack, in which five Israelis and a Bulgarian national were murdered. British Foreign Secretary William Hague said: when a terror attack is committed on European soil, there need to be repercussions. …

Ultimately, France changed its position thanks to the civil war in Syria. The French were furious over Hizbullah’s decision to rush to Assad’s help, a decision that caused the war to begin to spill over into Lebanon. The French came to the conclusion that Hizbullah had to be isolated.

When Israeli officials realized that a new opportunity had been created, the Foreign Ministry launched a diplomatic blitz, which was spearheaded by Foreign Ministry Deputy Director General for Strategic Affairs Jeremy Issacharoff and the Counterterrorism Department headed by Shai Cohen.

The government formed an inter-ministerial task force that also had representatives from the National Security Council and various espionage agencies, and that team was headed by Foreign Ministry officials. The Israeli team worked with European countries to establish the evidentiary infrastructure against Hizbullah that was vital to facilitate branding it a terror organization.

Foreign Ministry officials quickly realized that evidence and intelligence alone would not be enough, and that Israel needed to provide the Europeans with a formula that would allow them to draw a distinction between Hizbullah’s political activity in Lebanon and its military activity. Officials in Jerusalem realized that this distinction was artificial, but they preferred to embrace that over having the current situation continue in which Hizbullah suffered from no European sanctions.

The Israeli message to Europe was: “We haven’t any problem with you talking to whomever you wish, but anyone who engages in terrorism needs to be boycott and fought against.” The Israeli efforts were complemented by heavy American and British pressure, and it began to bear fruit. More and more members of the European Union announced that they supported the initiative, and the wall of opposition began to crack.

At a certain stage the European Union’s External Action Service announced that it supported defining Hizbullah as a terror organization, and it was clear that a final decision was imminent. Prime Minister Binyamin Netanyahu began to discuss the matter with leaders from the last remaining countries that were preventing the decision from being passed, including Greece, Italy, Slovakia, Austria and Malta. The moment of truth arrived when a motion was presented, and not a single one of those countries imposed a veto. …

One high-ranking Israeli official noted that in 2001 Hamas’s military wing was added to the European Union’s list of terror organizations, and a year and a half later the organization in its entirety was placed on that list. Israeli officials have pledged to monitor the implementation of the EU’s decision. “We’ll sit on the Europeans’ tail when it comes to the implementation and enforcement” of the decision, said one high-ranking official in Jerusalem.