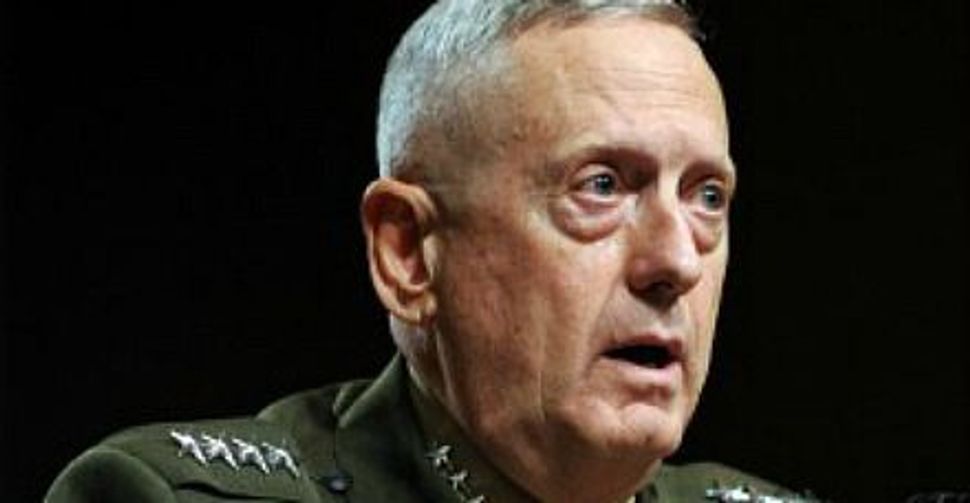 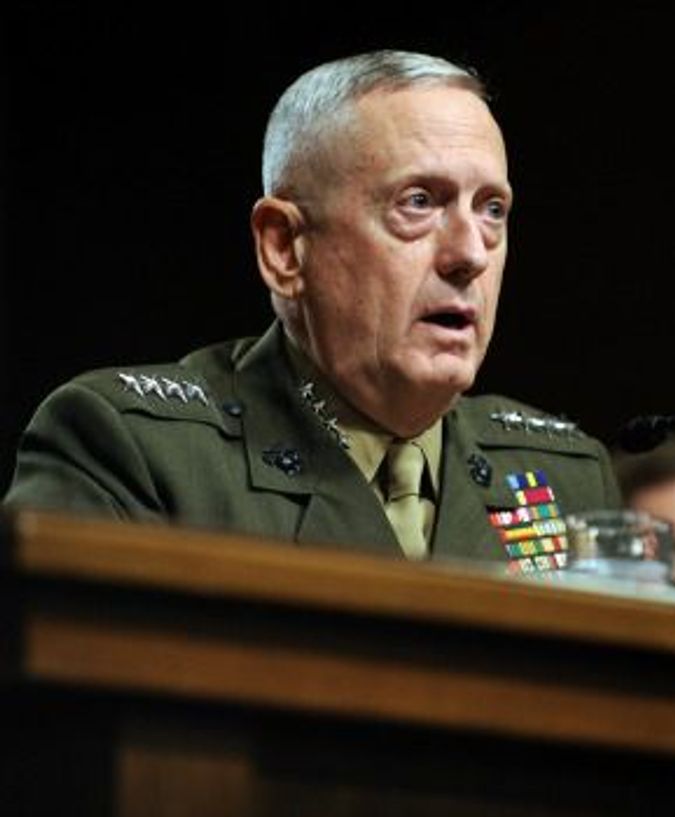 Marine Corps General James Mattis, who retired May 22 as chief of the U.S. Central Command, in charge of U.S. forces in the Middle East, said in a speech at the prestigious Aspen Security Forum in Colorado last Saturday (July 20) that America needs to work “with a sense of urgency” to achieve a two-state solution to the Israeli-Palestinian conflict, because resentment of U.S. support for Israel hurts America militarily throughout the region.

He said the “current situation is unsustainable” and that America must act “with a sense of urgency” toward a two-state solution, because the chances “are starting to ebb because of the settlements and where they’re at.” If it fails, he said, the result will be “apartheid.” And then this bombshell:

I paid a military-security price every day as the commander of CentCom because the Americans were seen as biased in support of Israel.

Mattis’ predecessor as chief of CentCom, General David Petraeus, made much the same point in a briefing paper he submitted to the Senate Armed Services Committee in March 2010, shortly before he handed CentCom over to Mattis. The passage on Israel (on Page 12) caused an explosive reaction (here is what the ADL had to say), though his actual testimony was far more equivocal than his written report. Commentary had a good rundown of the flap a few days later with both the written and spoken remarks in full. Petraeus tried to clear up the mess—some called it backtracking to cover his butt—in an ABC interview a week later.

Here’s a video of Mattis’ talk in Aspen (66 minutes in all). His comments on the Israeli-Palestinian conflict start at 41:22, and he returns to the subject in response to an audience question at 47:28.

Here’s the full text of Mattis’ Aspen comments on the Israeli-Palestinian conflict:

Mattis: Wolf, that’ll depend on the protagonists and do they want it as much as I think our valiant secretary of state wants it and is doing everything possible. But I would tell you that the current situation is unsustainable. It’s got to be directly addressed. We don’t want to turn this over to our children, the same thing that you and I have lived with our entire adult lives.

We have got to find a way to make the two-state solution that Democrat and Republican administrations have supported, we’ve got to get there. And the chances for it, as the king of Jordan has pointed out, are starting to ebb because of the settlements and where they’re at, are going to make it impossible to maintain the two-state option.

For example, if I’m Jerusalem and I put 500 Jewish settlers out here to the east and there’s 10,000 Arab settlers in here, if we draw the border to include ‘em, either it ceases to be a Jewish state or you say the Arabs don’t get to vote—apartheid. That didn’t work too well the last time I saw that practiced in a country.

So we’ve got to work on this with a sense of urgency, and I paid a military security price every day as the commander of CentCom because the Americans were seen as biased in support of Israel and that moderates all the moderate Arabs who want to be with us, because they can’t come out publicly in support of people who don’t show respect for the Arab Palestinians. So he [Kerry] is right on target with what he’s doing. And I just hope the protagonists want peace and a two-state solution as much as he does.

The topic comes up again at 47:28, when a questioner from the audience asks why America is hated so much throughout the region despite its efforts to bring democracy.

Audience questioner: Where’s the rest of the world in this? Why are we the only ones in the world that fight, and nobody else fights with us, yet we’re the ones that are hated everywhere?

Mattis (47:48): It’s a great question. One thing I always wanted to do when I was commander of Central Command there’s a bridge that goes into Washington called the 14th Street Bridge on the freeway that goes in there and I wanted to put the flags of 50 nations that are fighting alongside us in Afghanistan for example up on that bridge just to remind people that we’re not alone. Estonia, Canada and I think it’s the Netherlands have lost more boys per capita than the Americans have.

So—you don’t hear that if you watch the American news, because it’s mostly focused on our interests—you know, the kid down the street from our neighborhood who died. But there’s a lot of them fighting alongside us, and I will tell you that from intelligence purposes to fighting terrorists to, fighting, to providing the bases for our troops over there and locations and support, there’s enormous commitment and that story does not get to you and I think that’s a tragedy.

(48:46) At the same time, the Middle East peace process and the lack of progress there, that Secretary Kerry is doing so much for right now, that short-stops a lot of support for us because all politics are local and Abu Dhabi and Riyadh, just like in Washington and Aspen. That’s why you asked the question. And I would just tell you that they can’t come out in support of us if we don’t see some progress where Secretary Kerry is wisely focused like a laser beam right now.

Mattis also spoke at length about Iran’s failed 2011 assassination attempt on the Saudi ambassador in Washington and what he called the administration’s inadequate response. And here is a quick rundown of his comments on other topics.