Bob Filner’s Too Bad for Hooters 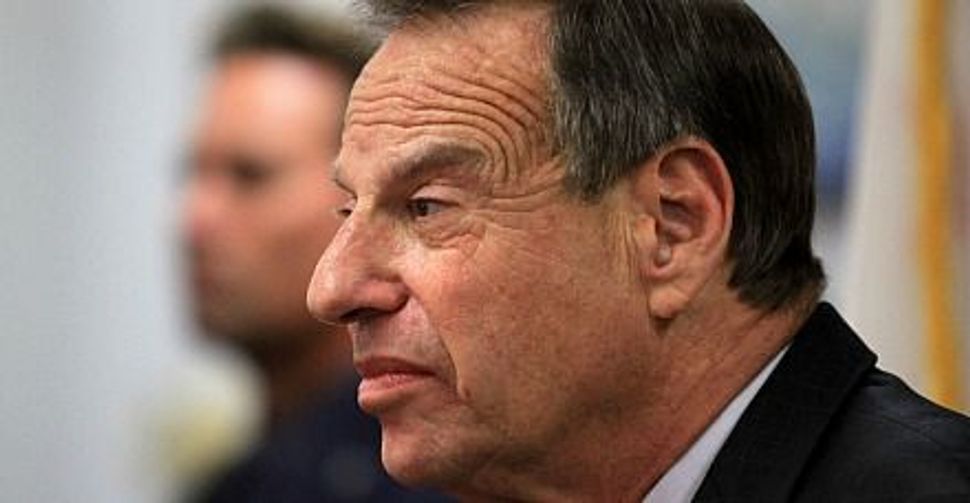 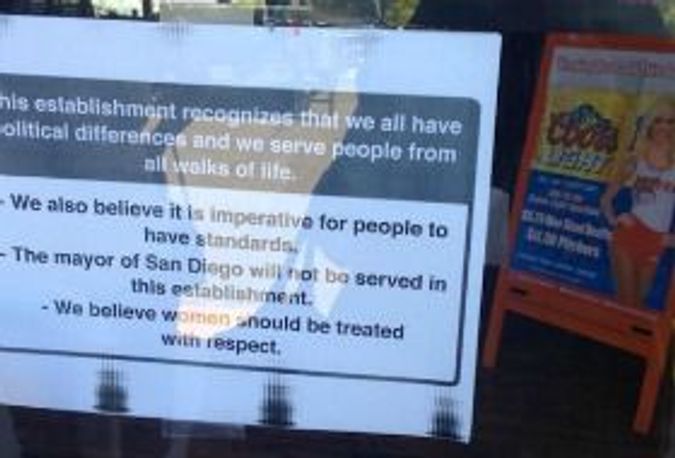 Hooters is drawing a line in the sand — and his name is San Diego Mayor Bob Filner.

The jiggle joint restaurant chain, not normally known for its political correctness, has announced it will no longer serve the embattled Jewish pol, according to signs posted outside locations across the city.

Filner, recently slammed with a large number of sexual abuse allegations is now facing a major campaign to recall him from office.

“We believe it is imperative for people to have standards,” reads Hooters’ sign, posted next to an ad featuring a blond woman, in the restaurants’ typical revealing waitress uniform, inviting men to drink Coors Light. “We believe women should be treated with respect.”

“Our Hooters girls in San Diego have spoken. Not a corporate gig, but we support our girls,” the company said in a message posted via Twitter, Reuters reported.

This may seem like a case of the fleshpot calling the kettle black: Hooters itself is not unfamiliar with sexual abuse lawsuits, as when, in 2004, dozens of women sued after being secretly filmed during interviews which involved changing into the chain’s skimpy waitress outfit.

Allegations against Filner, including a claim that he demanded a date in return for helping a Marine recovering from PTSD, have become so extreme that Hooters’ decision seems less than ironic.

In fact, Filner may find that Hooters’ doors aren’t the only ones closed to him from now on. The locks to the mayor’s office have been reportedly changed to give Filner a very unwelcome return from therapy.

Bob Filner’s Too Bad for Hooters