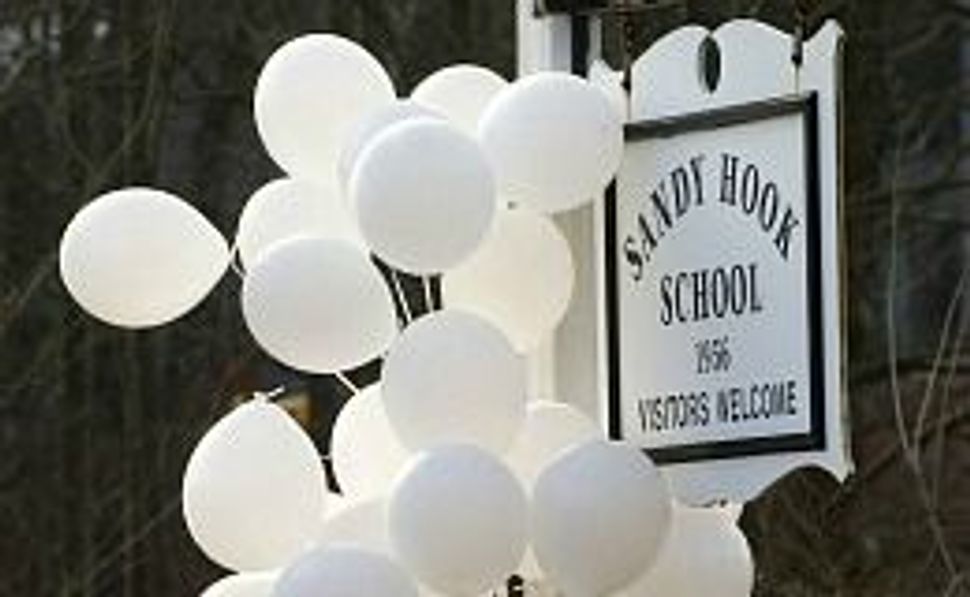 The people of Newtown have received plenty of advice on keeping children safe since their town was plunged into the national spotlight last December.

Now, Israel is offering its best words of wisdom.

Rubin and a group of Israeli experts spoke last week at the Sandy Hook Advisory Commission, established by Connecticut Governor Dannel P. Malloy to review and recommend policies on mental health, gun safety, and school security in the wake of the school shootings in Newtown.

The 16-member Commission, meeting in Hartford, battled technological difficulties to communicate via Skype with consultants from The Israel Experience in Homeland Security, or TIX, which advises law enforcement, government agencies, and businesses on matters of security.

Since the December rampage, when 20-year-old Adam Lanza drove up to the Sandy Hook Elementary School and killed 26 students and staff, school security has been a concern in Connecticut. Yet the attention it has received in the state has paled in comparison to the polarizing issue of firearms restrictions and the compelling dilemmas surrounding the treatment of mental illness.

A working group of a bipartisan legislative task force was dedicated to discussing school safety, but Friday’s appearance by the Israeli group introduced a more comprehensive security philosophy. It also revealed a nuanced but profound divide in the way Americans and Israelis view public safety.

Rubin, former Israeli Economic Minister to North America, along with Israeli Secret Intelligence Service veteran Dov Shiloah and Assaf Heffetz, former Commissioner of the Israel Police, explained that in Israel, school security begins with awareness, a sort of intensified version of the American “If you see something, say something” campaign.

Children receive age-appropriate lessons in being aware of their surroundings. Parents, teachers, and neighbors of a school, along with local police, watch out for anything suspicious. Reporting unusual objects and behaviors is encouraged, because this information can become actionable intelligence.

The TIX team cited the 2007 Virginia Tech shootings as an example of what happens when no system is in place to allow the “writing on the wall” to reach authorities in time to prevent an attack. In Israel, Rubin said, prevention is everything.

The Americans in Hartford seemed stuck on what Mayor Scott Jackson of Hamden, the Commission’s Chair, called the “perceived differences between day-to-day life” in the U.S. and Israel.

The question-and-answer period only highlighted the perceived cultural gulf between the two countries. Dr. Harold I. Schwartz, a professor of psychiatry and Psychiatrist-in-Chief at Hartford Hospital’s Institute of Living, summed up this view when he stated that the “standard for physical security” in Israel “is so different from our current expectations.”

When Dr. Ezra Griffith, of the Department of Psychiatry at Yale University, asked what downsides came with teaching awareness, the TIX team seemed nonplussed. The program took time to implement properly, they said, and was expensive, But Shiloah reasoned, “when it comes to the price of our children, which is our most precious belonging, money should not be a consideration.”

The Israeli model of security relies on qualified and expertly trained individuals. A school security officer, Shiloah said, requires a “high level of standing within the organization in which he serves,” and given that security can encroach on privacy, those in charge of it must be “careful, diplomatic and delicate.” These notions contrast both with the typical American view of security guards and the opinion, expressed frequently in Connecticut post-Newtown, that seeing police officers at schools might frighten children.

Israel’s security program is national, making use of television and radio broadcasts as well as a shared sense that security is a national responsibility. The Israelis stressed that their methods need not be applied literally elsewhere, but the suggestion of such universal standards is a hard sell in Connecticut, where 169 towns and cities cling stubbornly to a tradition of local control. And although American communities have proved adept at banding together in the aftermath of traumatic events, the Israeli method requires communities to act in concert before tragedy unfolds.

These disparities were never spelled out during last week’s meeting. The few differences the Israeli team acknowledged were presented as minor problems, easily overcome with time. No one mentioned that Israeli security practices coexist with a national health care system and strict gun laws, surely key differences that guide policy.

The TIX team returned frequently to the phrase “money and resource.” But the driving force behind school security is priorities. Money will be spent in Connecticut; the cost of the plan to raze and rebuild the Sandy Hook Elementary School is currently estimated at over $40 million. But this past April, the town voted against a budget including a $770,000 increase for extra police and unarmed guards in public schools.

At the close of Friday’s session, the Israelis implored the Commission to keep up their good work, and Mayor Jackson wished them “Shabbat shalom.” But the microphones were not working properly, so the message did not quite get through.