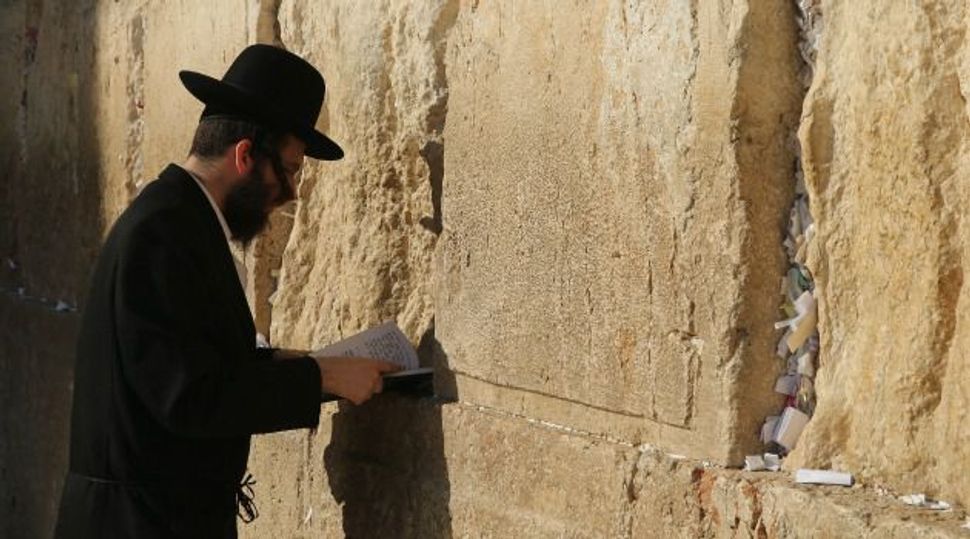 In typical Jewish style, I will answer with a question. Can an Arab identify himself as an Israeli? Is a Russian Orthodox Christian living in Israel part of the Israeli society? The answer should be yes. Israeli may be, can be, a national identity. Regardless of one’s religious identity, we may be able to create an Israeli identity.

However, when the Israeli identity attempts to replace the Jewish identity, there is a conflict, a clash. Would the Supreme Court of Israel attempt to force equality among the mosques in Israel? Among the squabbling sects overseeing the Church of Nativity or the Church of the Holy Sepulcher? Never! Would the French government ever even dare try and change the traditions in Notre Dame? Make them more open? Democratic? Force equality in the Catholic Church? Of course not! The French identity is detached from the Catholic religion of its people. But in Israel we find the secular Israeli government legislating the Jewish religion, attempting to replace ”“Jewish identity” with something new: an Israeli identity. The Western Wall, Kotel Hamaaravi, the symbol of Judaism for thousands of years, a place of prayer for hundreds of thousands of Jews, has unexpectedly become the subject of an attempted change. Suddenly it is becoming a symbol of Israeli democracy and equality of the sexes. Jewish tradition of thousands of years is being changed by a court. How ironic that when Anat Hoffman, founder of the Women of the Wall, attended a Knesset Committee meeting wearing a tallit, she was chastised by the chairman, who told her that she is breaking the Knesset protocol or tradition. God forbid she should desecrate the Israeli tradition; however, she was applauded when she attempted to modernize or change Jewish tradition.

Interesting to ask, has there ever been a debate in France about “French identity, too much or too little”? Or in Germany? Holland? England? The United States? Our Jewish identity, based on our Jewish traditions, is what has given us the connection to this Holy Land for so many thousands of years. It is what has kept us together, and it is what joins us today. It is our distinguishing character. It was in Egypt before we became a nation, and it is today. There can never be too much Judaism. Our Jewish Identity can never be too much. It can only be too little.

It may sound like I am advocating separation of religion and state in Israel. I believe that much of the conflict within Israeli society is a direct result of what I call the “politicization of Judaism and the Judaization of politics.” I come from a tradition of separation. In Stolin, Belarus, our rebbes taught us never to get involved in politics. One of our previous rebbes was quoted as saying, “I want a synagogue where a Mapainik can pray alongside a Neturei Karta’nik.” Let their Judaism unite them, while their politics remain outside the synagogue. By the same token, one may argue, “Let’s leave religion out of the Knesset, and let us discuss and debate politics without religion.” I believe that the day may come when there will be a total separation of religion and state. Some may bemoan it, others may applaud it; however, at that point our Judaism will remain our distinguishing character and our uniting factor. Our politics will divide us, while our religion will unite us. Just like we know how to unite in the face of adversity, we must learn to unite in peace. And our “Jewish identity” is that which will forever unite us.

Yaakov Dov Bleich is the chief rabbi of Kiev and Ukraine. He is also the vice president of the World Jewish Congress and of the European Congress.