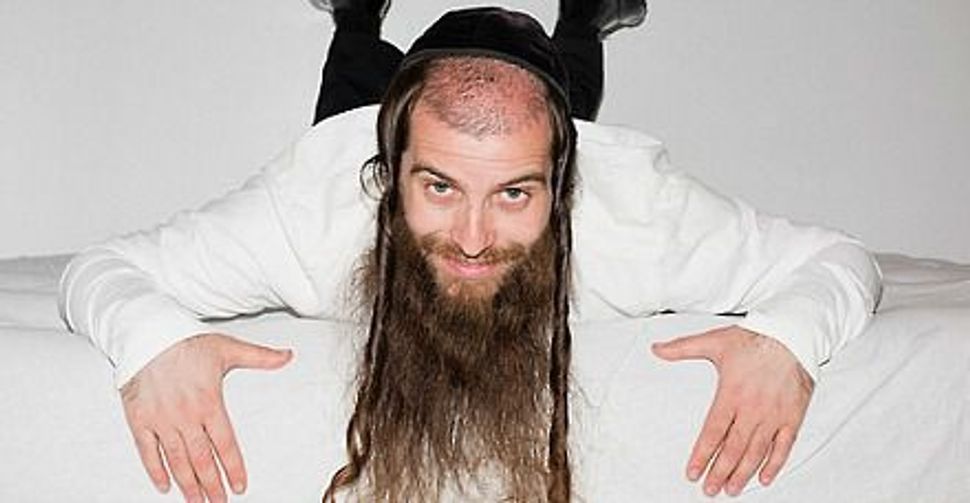 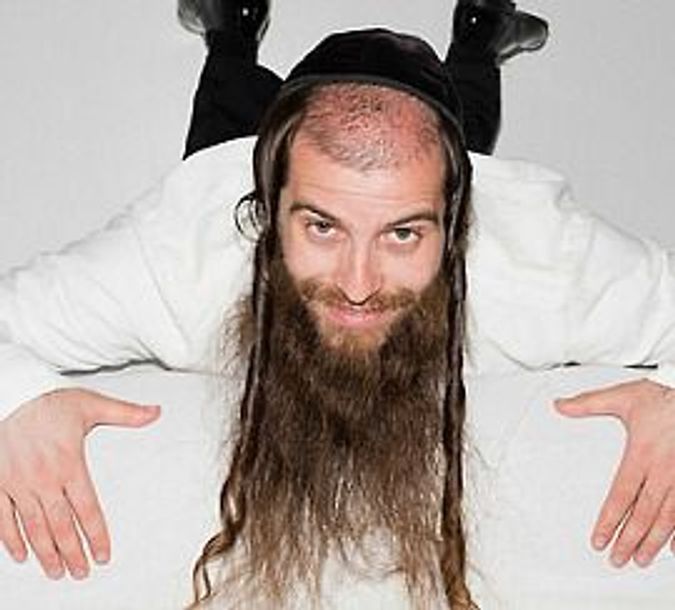 That probably makes Yoel Weisshaus the most unorthodox American Apparel model ever. His dark blond peyos long and bouncy, the Hasidic 32-year-old college student poses in what is surely the company’s most modest ad ever, wearing a white button down and black pants, and in some shots his own fur shtreimel.

It is not Weisshaus’ first star turn, said the Satmar Hasid, who has his own website. He is part of a group of shomer Shabbat actors who work as extras in movies and television shows set in Hasidic areas. He was in the 2011 Sean Penn movie “This Must Be the Place” about a Nazi war criminal hunting washed up rock star, and recently shot an episode of the CBS show Blue Bloods, which is about a family of police officers and stars Tom Selleck. “I’m one of the very few Hasidim who puts my face out there,” he said, in a thick Yiddish accent.

It’s not enough to earn a living.

“I’m a peasant, a shlepper,” Weisshaus told The Forward. “I do a little bit here and there, I do a little bit sales in a family business, a little bit Hevra Kadisha,” preparing the bodies of the dead for burial. “I’m trying to do more legal writing, writing legal briefs and memoranda.”

He has learned how to prepare the legal documents on his own. In 2011, he didn’t have the $350 for required legal fees when he wanted to file a lawsuit against the Port Authority of New York & New Jersey after it announced toll hikes. So he incorporated, he said, which gave him the ability to file the lawsuit without a fee. After having his initial lawsuit dismissed, Weisshaus won on appeal. The lawsuit is currently in the federal Southern District of New York court and Weisshaus is in the process of applying for the U.S. Supreme Court court to review part of the lower court’s decision.

Though he now lives in New Milford, N.J., his parents and siblings still live in Williamsburg, where he grew up. Nobody there seems to mind his American Apparel photos, he said. “I told my family when I did the photo shoot and they had no problem with it,” said Weisshaus. “People are not discriminatory about it in the hasidishe community. People generally don’t bother me about it. Sometimes there’s one nudnik who says something, but generally they don’t bother me about it.”

Saying that American Apparel hired him because they want to appeal to Hasidic customers, Weisshaus seemed somewhat naïve about why the famously controversial company chose him. “What they trying to do is trying to push their product and they’re looking for people who wears two colored shirts, or even the Satmar guy who goes to work and wears regular clothes for work,” Weisshaus said.

Asked whether people in the community don’t find the usual American Apparel fare offensive, he said, “It shouldn’t offend my upbringing. They don’t have no messages like LGBT,” he said, which would be offensive.

“It may be attractive to men in the goyishe world, you know, or to tourists, but to the Jew in Brooklyn who buys American Apparel goods, he doesn’t look at the ads. Wherever you turn now there’s advertisements, some sort of political message trying to get your attention. There’s so many of them people stopped paying attention.”