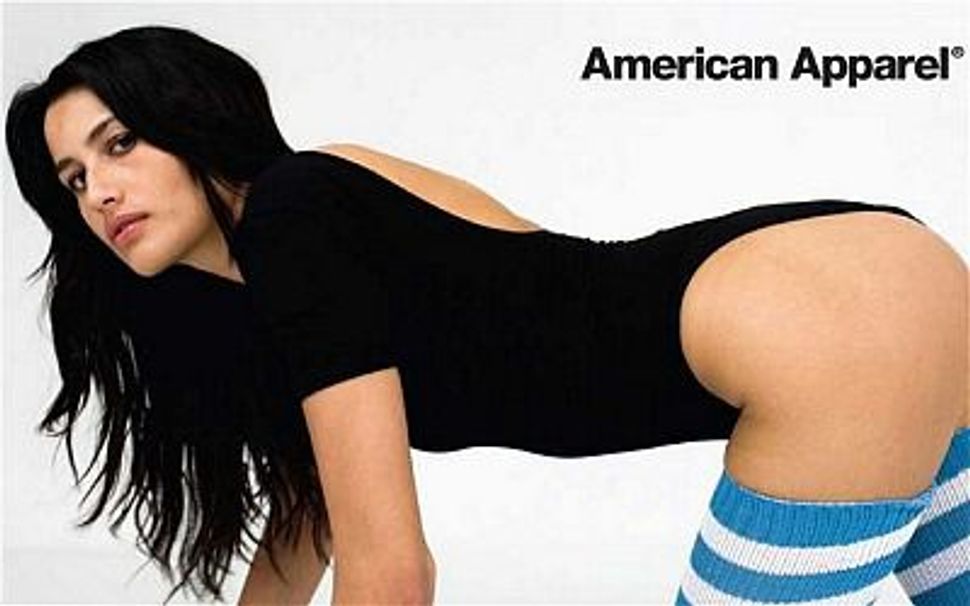 Why did I find the image of a faceless man in a tush-in-the-air submissive pose so much more shocking than that of a woman? Have I become so saturated by ubiquitous tasteless American Apparel ads that I have become inured to just how disgusting they are?

American Apparel is famous for featuring, in its advertising, barely-clad young women who appear to be on the wrong side of the age of consent posing in overtly sexual ways.

A small Swedish clothing retailer, byPM, recently did its own photo shoot showing company owner Petter Lindqvist posing in a manner characteristic of women in the American Apparel pictures. I found the resulting image, viewed up against the female version, shocking. Even more startling was realizing that the image of the woman in the same pose didn’t give me a moment’s pause — which shows, perhaps, just how inured I have become to the sight of women in such positions.

Lindqvist isn’t the only outraged Swede. Blogger Emilie Eriksson was browsing American Apparel’s website and came upon a plaid flannel shirt promoted as unisex. She viewed the photo of the short worn by the male model: a good looking man standing, hands at his sides, showing us the shirt in a straightforward way. Then she decided to see how this unisex shirt would look on a woman. And there she found a very different presentation. A young woman with touseled-just-got-me-out-of-bed hair shot from behind while she wears nothing but a thong panty with the plaid shirt lifted up over her tummy. Eriksson braved an accompanying slideshow showing a dark-haired beauty in the same crop-tied plaid shirt, but this time wearing no panties at all. You can see a slideshow comparing the way American Apparel portrays men and women wearing virtually the same products here.

American Apparel was founded by CEO Dov Charney, who has been called “notoriously pervy” and clearly courts controversy. Charney, a not-so-nice Jewish guy who grew up in Montreal and started selling gray-market t-shirts out of his Tufts dorm room before building it into American Apparel, has the perhaps unique distinction of having been sued by both former employees, for sexual harassment, and Woody Allen (not for sexual harassment). You can read more than you ever wanted to know about his family history on Charney’s blog here.

On the one hand, Charney seems to posess some laudable views about immigration reform and on his industry’s exploitative labor practices. On the other hand, Charney is eager to be exploitative himself, when he poses women nude even when they are modeling eyeglasses.