Chemical Weapons Are Different. Here’s Why. 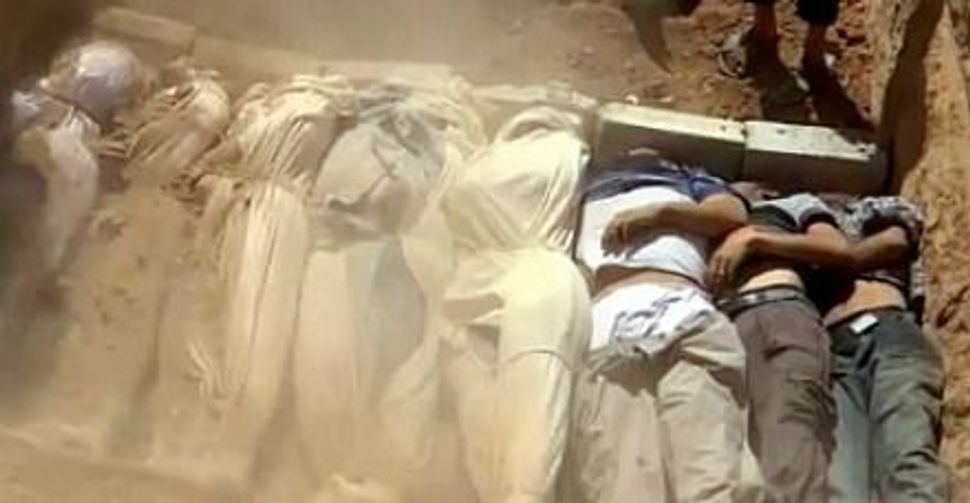 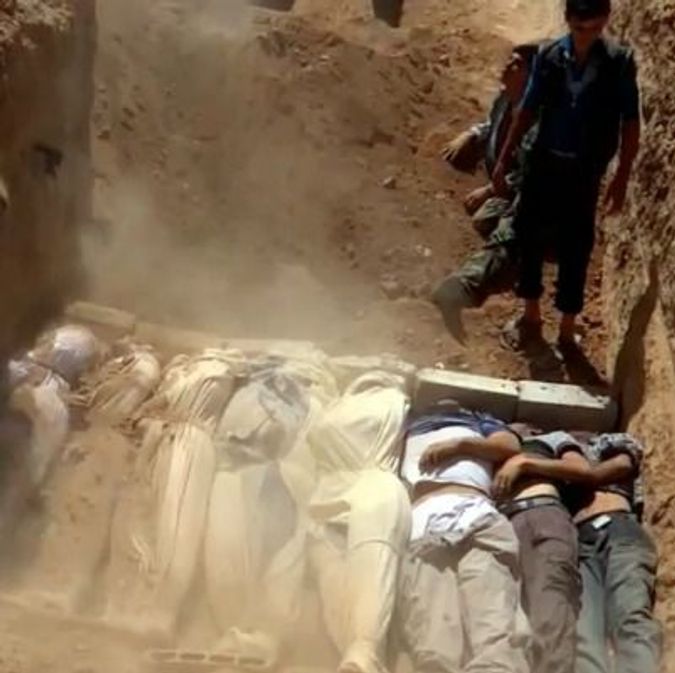 One of the strangest aspects of the Syria debate is how much energy and passion is going into it, on both sides — for and against American air strikes — and how little light is being shed on the central issue, namely chemical weapons.

Secretary of State John Kerry, in his supposedly game-changing speech August 26, forcefully declared that using chemical weapons is a “moral obscenity,” but he didn’t get beyond noting that they kill women and children, which is true of pretty much all weapons. He didn’t explain why chemical weapons killing 1,429 people is worse than standard munitions killing 100,000.

President Obama’s defenders, like New York Times moral internationalists Roger Cohen and Nick Kristof, defend intervention by citing the moral depravity of the Assad regime. Obama, however, has made it clear that regime change isn’t on the menu. It’s about chemical weapons. But why?

If you search on line for current discussions of the morality of chemical warfare, almost everything you find argues that there’s no difference. “Getting killed by mustard gas is surely awful. But so is getting blown up by a bomb,” writes Paul Waldman at the American Prospect. And Chicago Theological Seminary’s Susan Brooks Thistlethwaite, writing in the Washington Post’s On Faith blog, adds: “The truth is, war is the moral obscenity. It is war that must be stopped and bombing campaigns do not end war.”

Well, OK. But ending war isn’t on the menu either. Folks have been trying to do that for about 5,774 years and gotten absolutely nowhere. Human society won’t be perfected, but that’s no reason it can’t be improved. (The same goes for American governments. So they (we) have ignored or abetted chemical warfare in the past. Does that mean we should continue with that repugnant practice?)

And no, bombing campaigns don’t end war. But they can put a price on violation of the laws of war.

Over the past century and a half, nations have tried to place limits on the conduct of war, in hopes of making it just a little less horrible. Thus, the laws of war. If you’re curious, here’s Yale Law School’s online archive of the laws of war, going back to the 1856 Declaration of Paris, the first Geneva Convention on battlefield wounded (1864) and right on through to the 1975 chemical and biological weapons ban. The latest, not in the Yale archive, is the Optional (!) Protocol on Child Soldiers adopted by the General Assembly in 2000.

The question remains, why chemical weapons? What makes them worse than conventional weapons? The answer is that chemical weapons make killing unconscionably easy and thorough. Consider: Over the past two years, the Assad regime and its opponents have managed to kill about 100,000 people, including combatants on both sides and innocent bystanders. On August 21, using chemical weapons, the regime was able to kill 1,429 people in a few minutes. And that’s not all.

The regime has largely refrained from using chemical weapons, despite their horrifying efficiency, because of fear of international reprisal — the Obama “red line.” If there is no reprisal, the way is clear for more use on a larger scale. Imagine if the killing that took place August 21 became routine.

Over the past year, the steadily intensifying pace of killing has brought the death toll to above 5,000 per month, or nearly 200 per day. in April at 196 per day. In March, an estimated 30% of the deaths were civilian. In April it was 53%.

According to a Syrian opposition aid group often cited as reliable, the death toll in the August 21 chemical attack was about two-thirds women and children.

The unusual ferocity of the civil war has displaced about 2 million refugees. They won’t be able to return home until the fighting somehow stops. The chemical attack left few people living in the strike zone, and any residents who are still alive won’t be able to go back for a long time because of chemical contamination.

Political scientist Richard Price of the University of British Columbia, writing today in the Boston Globe, traces the history of the chemical weapons ban, going back to the initial treaty in 1925, to show how it has had a restraining effect on the willingness of combatants to use them.

Over the course of the 20th century, something interesting happened: The very act of restraint — especially the fact that World War II did not become a widespread chemical war — further forestalled the usual process of humanity grudgingly “getting used to” another regrettable military horror. Politically, the fact that even Hitler did not unleash chemicals as a weapon of combat (despite using gas on a massive scale in extermination camps) served to further cast the use of chemical weapons as something aberrant and inhuman.

This tradition of nonuse has proven critically important, especially the restraint on both sides in WWII. It was a combination of several factors — the deterrent effect of possible retaliation in kind, a fear on both sides of not being prepared to press and hold an advantage, and some luck of circumstance. It is entirely possible, for example, that the British would have used chemicals against a German invasion had the channel been crossed. Had the US war in the Pacific gone on longer, at continued awful human cost, US chemical restraint might well have given way, since Truman did not exhibit Roosevelt’s committed personal antipathy against the weapons. It has also been alleged that Hitler gave the order to use chemicals towards the close of the war, but his generals refused to implement the order. The maintenance of the taboo was very precarious indeed.

Today, it is sometimes argued that chemical weapons can’t possibly be effective weapons of war, since nations would surely only agree to give up weapons that they didn’t really have use for anyway. But that kind of post-facto rationalization does not stand up to the historical record. Post World War I British military studies concluded gas had indeed been effective; a study by the United States during World War II concluded that gas would be the most effective weapon against Japanese cave and tunnel defenses in the Pacific. And in the 1980s Saddam Hussein turned to chemical weapons quite effectively to help blunt the Iranian human wave attacks that had appeared to put Iraq on the brink of defeat.

Today, it is easy to look at the deaths in Syria and bemoan the flimsiness of international law. But if anything, what’s happening in Syria reveals a taboo that is on balance being reinforced — far from defending the use of chemicals as acceptable, the Syrian regime and rebels have denied their use. (Contrast the Bush administration’s defenses of waterboarding, which many feel weakened the modern taboo against torture.)

Scholars have found that a key in trying to assess the power or weakness of international norms is the reaction when they are violated, and in this regard the chemical ban appears strong. In recent weeks, many governments around the world have vociferously condemned the Assad regime’s chemical attacks, even if they haven’t made the moves the United States has toward punishment by force. No would-be future user of chemicals could possibly conclude that such use will simply be tolerated.

As a final note, it’s worth noting the most powerful argument Price brings against chemical weapons, a passage from an eyewitness, British poet and World War I soldier Wilfred Owen, in his “Dulce et Decorum Est”:

…someone still was yelling out and stumbling,

And flound’ring like a man in fire or lime.

Dim, through the misty panes and thick green light,

As under a green sea, I saw him drowning.

In all my dreams, before my helpless sight,

He plunges at me, guttering, choking, drowning…

Chemical Weapons Are Different. Here’s Why.