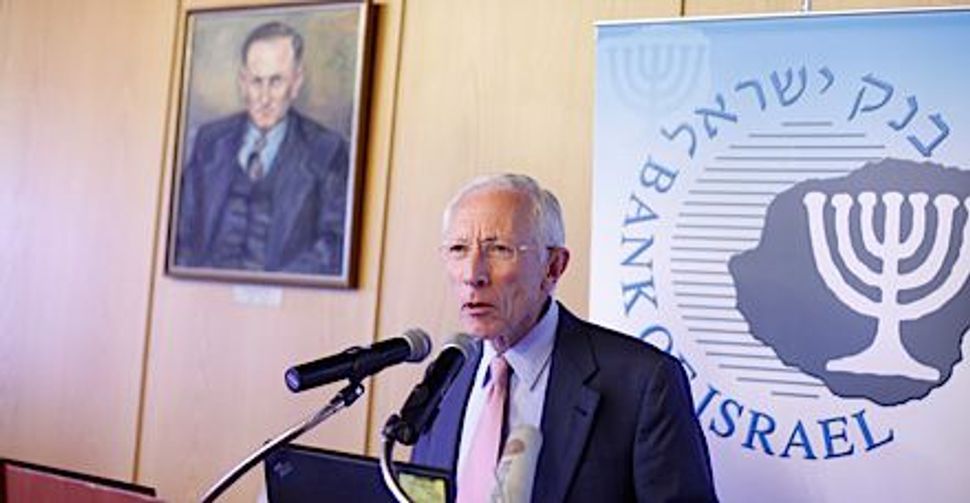 But in elite financial circles, it has been Stanley Fischer, a naturalized-American and the former head of the bank of Israel, who is being hailed by central bankers and their staff as Bernanke’s natural successor, according to recent off-the-record interviews with the Washington Post.

In late August central bankers from around the world descended on Jackson Hole, Wyo., for the Federal Reserve’s annual Economic Policy Symposium, the Super Bowl of central banking. At the helm of the first panel on the future of the global economy? Stanley Fischer.

Fischer’s unparalleled global reach in monetary policy would give him key allies across the financial world. He was chief economist for the World Bank, and deputy head of the International Monetary Fund, during the crisis years of the 1990s. As a professor at MIT, he was the thesis advisor to Bernanke and sat on the dissertation committee of Mario Draghi, the head of the European Central Bank.

In 2005 he left for Israel to head the country’s bank. While his counterparts at the Fed and the European Central Bank floundered, Fischer took dramatic action to keep the Israeli economic machine rumbling forward, flooding the economy with easy money in 2008 and leveling off in 2009, becoming the first developed country to raise interest rates.

In a subtle way, Fischer has already played a critical role in American monetary policy. In November 2011, much of Europe seemed on the brink of financial ruin. With the periphery nations of the Eurozone close to defaulting on their debt, and the banks of Europe’s richest countries on the line, six central bankers got on the phone and brokered a historic deal.

Mervyn King, then Governor of the Bank of England, explained that the deal came together so fast because “we trust each other.” After all, half of the six bankers had been in the tutelage of Fischer at MIT, who preached, as he put it, “economics about the real world.”

Fischer has himself been coy about any interest in a position at the Fed, saying that it is never a good idea to “accept a job offer that no one has made to you.”

Given that Obama seemed unlikely to make Fischer any such offer, the Council on Foreign Relations, jumped first and yesterday nabbed the most powerful former central banker this side of Paul Volcker.

Even if Fischer doesn’t end up at the Fed, he can count on one thing. Whenever he talks, whoever does replace Bernanke will want to listen.