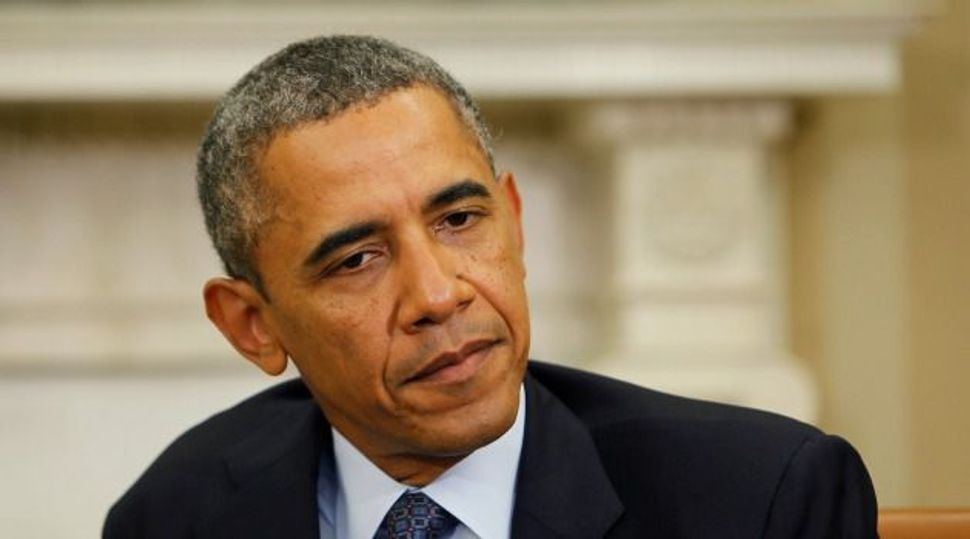 Now that Act I of the Syrian poison gas drama is over, and America has, as in a slapstick comedy, managed to stumble, skid, slip, slide, and finally somersault into a co-director’s chair for an Act II that no one dreamed of when the curtain first rose, Israelis can take stock of what has happened from their point of view. It has its pluses and minuses.

The pluses are potentially great. If Syria is actually disarmed of its huge stockpile of poison gas without concealment or significant leakage to Hezbollah or Islamist rebels, a major menace to Israel will have been removed. It will be a great relief to Israelis to let their gas masks gather dust in the attic without having to worry about standing in line for new ones.

Moreover, if Vladimir Putin’s Russia, in pulling Barack Obama out of the mud he tumbled into, has decided for the first time to play a truly constructive role in the Middle East, it will have more opportunities to do so. Not that the Russians have acted disinterestedly.

Saving the Bashar al-Assad regime by getting it to junk weapons of mass destruction it doesn’t need while vastly improving Russia’s international image is a good deal for them ⎯ part of the beauty of which is that America, having called for Assad’s head for the past two years, is now committed to his survival, without which the Kerry-Lavrov agreement can’t be implemented. Perhaps the Russian villain will so enjoy playing the good guy to the world’s applause that it will repeat its performance in an Act III featuring Iran.

And on the subject of “ifs” and Iran: If President Obama and his administration learn the right lesson from recent events, which is that a military superpower like America really can scare countries like Syria and Iran into better behavior by getting them to believe they will be attacked, there is indeed hope that the Iranian nuclear program can still be stopped. To do that, however, it is not enough for America to threaten. It has to be prepared to carry out its threats.

Which brings us to the minuses. The confusion, vacillation, mixed signals, sidestepping, and about-facing of the Obama administration on Syria have been, to an Israeli audience, truly shocking. This was not the behavior of a country ready to do what it promised it would; it was that of a country doing all it could to avoid that. Israelis watched and asked: This is the ally we depend on? This is who urges us time and again to make concessions because it can always be trusted to keep its commitments? Judging by the evidence of the past month, America can’t be trusted to keep a lunch date.

And it’s not just Barack Obama, who in his own fumbling way really did intend to fire off a few tomahawks if only he could get everyone to agree to it. It’s the American public he couldn’t get to agree. Not since the 1930s has the United States public been in such an isolationist mood. The Middle East is in flames? Let it burn. Syrians are being gassed by their own government? Let them choke. An Iran run by apocalypse-minded Muslim clerics is about to make an atom bomb? Not our problem. We’re tired of riding to the rescue. Let’s bring the boys home from Afghanistan, stay out of more trouble, and stop being the world’s policeman.

Seen from Israel, this strikes one as short-sighted and self-pitying. More Americans were killed during single months in World War II than in ten years of Iraq and Afghanistan ⎯ and those who died in Iraq and Afghanistan, whether or not it was for a justifiable cause, belonged to a volunteer force. As opposed to World War II, no one forced them to join the military. Their deaths are sad, but refusing to send volunteer soldiers to dangerous places because they might get hurt makes as much sense as refusing to send firemen to a fire.

One can understand not wanting to be the world’s policeman. It costs money to maintain a police force and no one really likes the cops. But like it or not, America has been the world’s policeman since the end of World War II, and the world, America included, is better off for it. Who exactly will police the world in America’s place? The United Nations? The European Union? Russia or China?

The world, of which they happen to be part, needs them as much as ever. It’s in their interest not to resign from it.