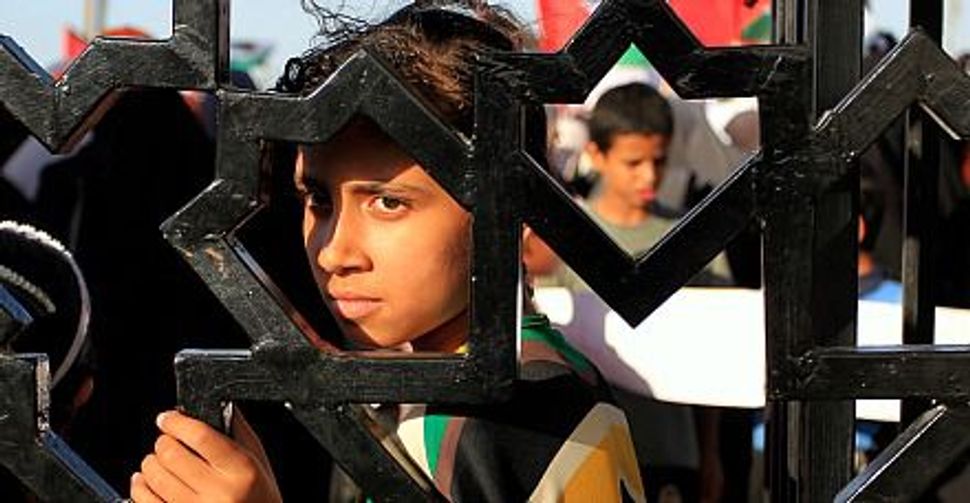 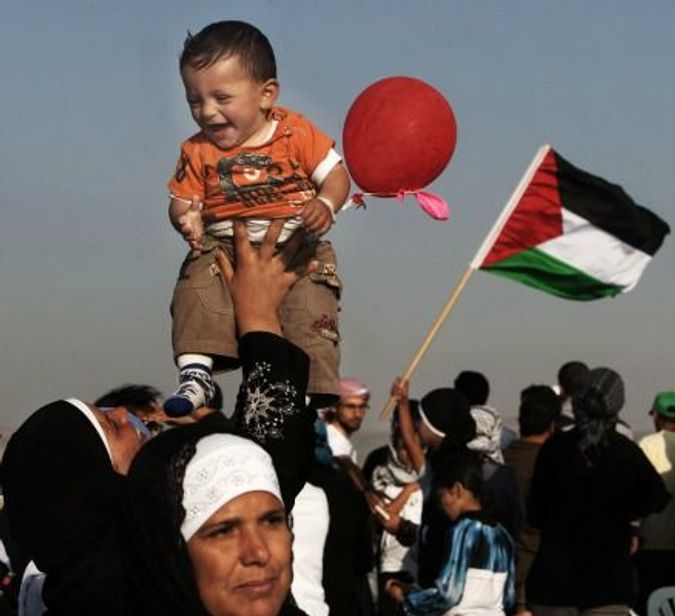 One of the most common arguments in favor of the two-state solution to the Israeli-Palestinian conflict is the so-called demographic threat or demographic time-bomb. Proponents worry that if Israel continues to control the Palestinian territories, with or without formal annexation, the different birthrates of Jews and Arabs will eventually result in Jews being a minority in the territory under Israeli control. At that point Israel will no longer be a Jewish state — or, alternatively, will be a Jewish state with a non-Jewish majority that is disenfranchised because of its ethnic identity. There’s a word for that. I won’t say it, but I’ll note that it’s Afrikaans in origin.

How far off such a situation might be is a topic of considerable debate. Some say the threshold will be crossed within a decade or less. Others suggest a longer timeline is possible. A few on the right believe there’s no threat at all, either because Jewish and Arab fertility rates are converging or because Palestinian population figures are inflated. By and large, though, demography appears to be a very mainstream worry.

Well, worry no more. It turns out we’re there already. Comparing the annual Rosh Hashanah population report from Israel’s Central Bureau of Statistics, released September 2, with the midyear (July 1) population figures for the West Bank and Gaza in the CIA World Factbook, it turns out that Jews are now (as of Rosh Hashanah) outnumbered by Arabs under Israeli sovereignty by a grand total of 50,827. So the question is no longer whether or when the Jewish state will feature a minority ruling a majority. The question now is what to do about it.

Here are the numbers:

A few notes on the figures:

First, if you’re checking sources, note that the new population report from the Israeli statistics bureau is in Hebrew only. The bureau’s English site doesn’t yet have this year’s numbers. Here’s the Jerusalem Post’s English-language news report with rounded-off figures.

Second, the West Bank page in the CIA World Factbook states that the West Bank population includes two “ethnic groups,” “Palestinian Arab and other 83%, Jewish 17%.” It goes on to note that there were “approximately 325,000 Israeli settlers” living in the West Bank in 2011 (the figure is pretty close to the Israeli government’s figure for that year; East Jerusalem is listed separately), which raises the question of whether or not the total West Bank population figure includes the settlers. That would bring the total Arab population down below the Jewish population and make this whole blog post moot.

However, Haaretz published a photo of the IDF West Bank civil administration’s report on the Palestinian (Arab) population for May 2012 (2,657,029) and it was a pretty close match to the CIA’s figure for that year (2,623,000). Neither one included Jewish settlers.

That also addresses the challenge raised by the Israeli right to Palestinian population figures. (Here’s the most substantive version of the challenge.) The charge is that the Palestinian Central Bureau of Statistics pumps up its figures for political reasons. I don’t see how the IDF civil administration can be accused of that.

A third question might be whether Palestinians in Gaza should even be considered in the mix, since Israel withdrew its troops from the strip in 2005 and no longer exercises effective military control of the population. There’s an extensive international legal literature on the topic, with Israel generally maintaining that Gaza is no longer occupied and most international players claiming it still is. CNN published a quick summary of the arguments in 2009, with a peek at who’s on what side. Key takeaway: No international body, including the United States government, considers the disengagement to mean Gaza is no longer occupied territory.

Here’s one of the most thorough Israeli legal arguments for the claim that disengagement ended the occupation. Here’s the January 2008 ruling by the Israeli High Court of Justice in the case of Bassiouni v. Prime Minister, finding that the laws of occupation no longer apply. And here’s a fascinating paper by a prominent Israeli international jurist, Solon Solomon, arguing that Gaza is in fact a hybrid case in which some of the laws of occupation no longer apply but some still do. His overall conclusion seems to be that Gaza is more occupied than not.

Two points: One, in the many Israeli arguments against creating an independent Palestinian state right now, a critical claim is that the Palestinian Authority in Ramallah is incapable of exercising its proper control over Gaza, meaning it can’t carry out the functions of a state which Israel would be devolving on it. How can Israel devolve authority over Gaza onto a new entity if it doesn’t have that authority to devolve right now?

Second, the legal consensus in Israel seems to be that Gaza is no longer under Israeli occupation. In other words, it was, but it ended in August 2005. For years Israel has been arguing that Gaza and the West Bank are not occupied. Now Gaza was but isn’t any longer. One begins to suspect, though I hesitate to say it, that much of Israel’s international legal maneuvering is more utilitarian than lishma—that is, the arguments are constructed not to find truth but to justify a predetermined position. That might color our views of the Gaza-isn’t-occupied claims.

Finally, it must be noted that another 4.2% of Israel’s population, including some 344,000 individuals, is neither Jewish nor Arab but “other,” a category that includes about 4,000 Circassian Christians, 3,000 Armenians, 1,000 Samaritans, perhaps 5,000 African Hebrew Israelites, several thousand Roma and Vietnamese, plus about 325,000 or 330,000 people who appear to be immigrants, most Russian, who entered the country under the Law of Return (which includes anyone with a single Jewish grandparent) but are not considered Jewish, along with various foreign-born spouses of Israeli Jews. If those 330,000 persons are counted in the Jewish population, then Jews are still a majority. It must be recalled, though, that the Israeli government does not count them as Jews, and the likelihood of that happening is getting a steadily dimmer as bills flood the Knesset hopper (four over the past session alone) to narrow Israel’s self-identity as a Jewish state.