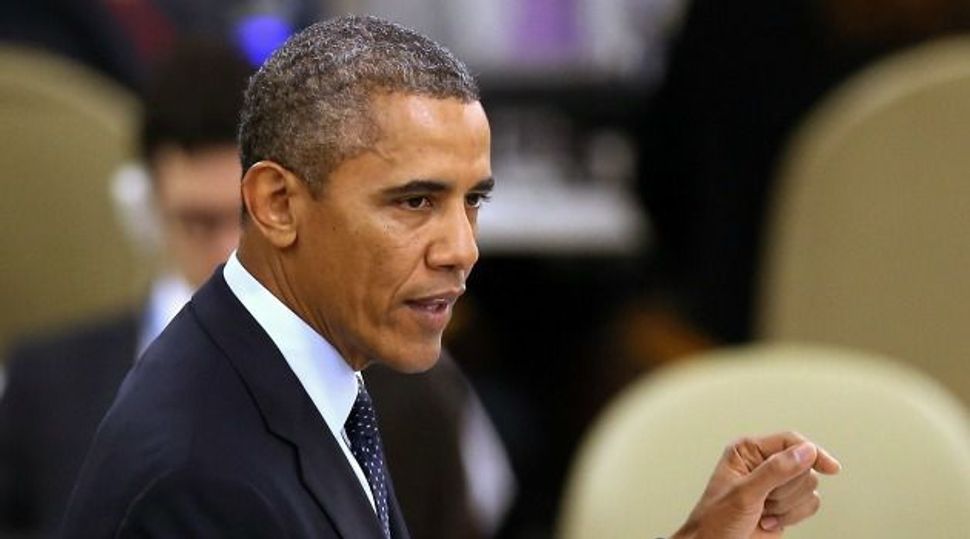 At the start of President Barack Obama’s presidency, he announced a “pivot towards Asia” after years of American military and political resources being bogged down in the Middle East.

Obama’s speech Tuesday at the United Nations General Assembly shows how clearly the pendulum has swung back. Although he referred to Iran, Syria Israel, and Palestine a combined 71 times, Obama only mentioned China once. He left out other Asian nations such as India, Japan, and North Korea altogether. This imbalance speaks volumes about Obama’s understanding that in the current era it is nearly impossible to avoid the volatile Middle East.

The speech also highlighted his abandonment of democratization and human rights as supreme values, replaced with a Henry Kissinger-style Realpolitik.

When addressing the Syrian crisis, Obama asked rhetorically how the United Nations and United States have handled this delicate affair. His underwhelming response: “We believe that as a starting point the international community must enforce the ban on chemical weapons.”

Gone was the rhetoric calling for Syrian President Bashar al-Assad’s immediate removal from power. The stated root for this policy is also illuminating, “I did so (supported intervention) because I believe it is in the national security interests of the United States and in the interest of the world.” His main focus is American security interests and global norms.

Obama continued by outlying his doctrine using American military power: if America’s allies in the region are attacked, oil flow disrupted, terrorist bases built, or weapons of mass destruction utilized. The president pointedly avoided promising that the U.S. would will use force to prevent genocide or to end a human rights massacre like in Syria. Translation: Obama is giving free rein to Assad to continue slaughtering his own people. Just don’t use chemical weapons or stop the flow of oil to Chicago or Los Angeles.

Furthermore, Obama reiterated that he will maintain a close relationship with an Egyptian government that promotes peace with Israel and participates in the fight against terrorism. He conceded this amounts to a shift from promoting democracy to realism stating, “Our approach to Egypt reflects a larger point. The Untied States will at times work with governments that do not meet the highest international expectations, but who work with us in our core interests.”

In other words, Egyptian military strongman Gen. Abdel Fattah el-Sisi should feel free to resume oppressing his people as long as he preserves the peace accord with Israel and cooperates with U.S. counter-terrorism activities. This policy is stunningly similar to the longstanding policy during the days of former Egyptian President Hosni Mubarak — a policy many analysts described as thoroughly discredited by the Arab Spring democracy movement.

Arguably the most ironic part of Obama’s speech came when he mentioned his support for democratic change by including Bahrain. His high-sounding words notwithstanding, the U.S. has continued to supply funding and weapons to the oppressive Bahraini regime. There is nothing wrong with Obama pursuing a realist foreign policy by prioritizing his relations with this key Gulf ally. But it surely takes chutzpah to claim he ardently supports democratization efforts in a nation where he has actively propped up the apparatus of repression.

People in the Middle East should pay close attention to Obama’s speech. He is sending a stark message that he will remain on the side of protecting core American national security interests above everything and everyone else.

For those of you suffering in Syrian refugee camps or Egyptian prisons, please forgive America. We have more important issues to solve.