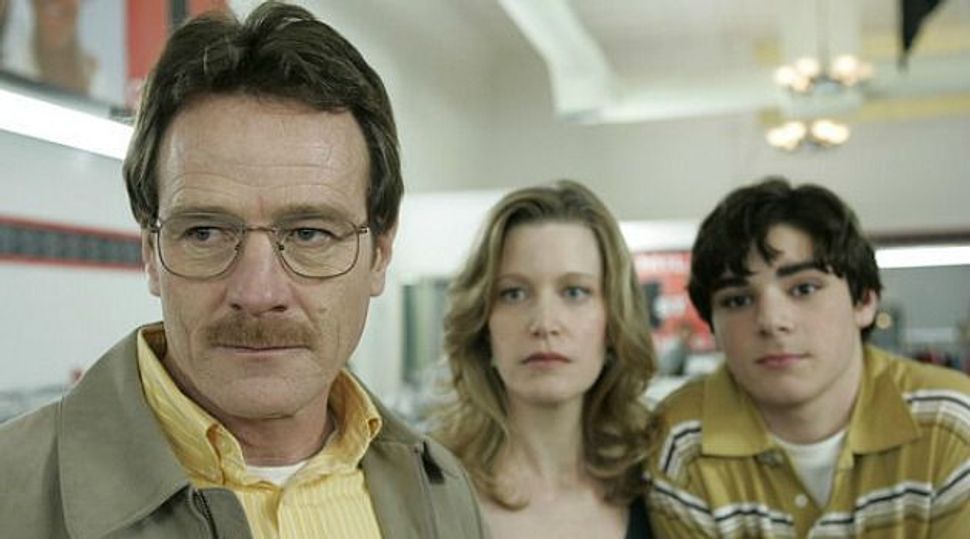 One of the most famous passages in the Hebrew Bible tells the Jewish people “what the Lord doth require of thee: only to do justly, and to love mercy, and to walk humbly with thy God.” Less remembered, but perhaps more revealing, is the preceding verse in the sixth chapter of the Book of Micah. In it, the prophet quotes a pagan king who asks this strange, singular deity, “Shall I give my first-born for my transgression, the fruit of my body for the sin of my soul?”

Judaism’s emphatic answer, expressed in Leviticus, is that “thou shalt not give any of thy seed… to Moloch.” Moloch was a Canaanite god who demanded to be propitiated by child sacrifice. The scriptural synonym for hell, Gehenna , refers to the ravine where those offerings were deposited. The ancient Hebrews set themselves apart from other nations not just by dint of monotheism, but also by their rejection of human sacrifice.

All this theology and history has echoed in my head these past several weeks, as I watched the final episodes of “Breaking Bad.” Though the show-runner, Vince Gilligan, sounds from his name like an Irish Catholic, his portrayal of the teacher-turned-drug-kingpin Walter White resonates with these Judaic teachings.

Much of the spirited commentary in print and online about “Breaking Bad” considers the filial relationship in the form of Walter and his surrogate son and meth-cooking partner, Jesse Pinkman. That focus, I think, entirely misses the point. The emotional core of the series, at least to me, as well as the ultimate evidence of Walter’s evil, is the sacrifice of Walter’s first-born, his namesake, Walter Jr.

At bottom, though, Jesse is not Walter’s son. Even without Walter’s illicit enticements, Jesse still would have been the screw-up son of affluent parents, dealing and using dope on a small scale, maybe or maybe not ever cleaning up.

The sacrificed son is Walter Jr, brilliantly portrayed by R.J. Mitte. Of all the people his father deceives and betrays, Walter Jr. is the most innocent of victims. Even within the nuclear family, for which Walter claims he is making his drug fortune, Walter Jr. is the person with the purest love for his father. And for a time, he is the recipient of a pure love in return.

Skyler, Walter’s wife, becomes his ally in laundering drug money. Holly, their infant daughter, is easy for Walter to adore, as most any infant would be. Walter Jr., though, could have been the difficult one — a teenage boy at that obstreperous age, and a teenage boy struggling with cerebral palsy.

From the very first episode, though, Walter treats his son with care and friendship and without condescension. He stands up for Walter Jr. against passersby by who disparage him, but mostly he treats the boy as the boy surely wants to be treated, as a normal person. The simple sight of Walters Sr. and Jr. driving together to high school — one a teacher, the other a student —- renders the father-son bond with unspoken and almost unbearable tenderness.

When Walter is diagnosed with cancer in the show’s first episode and faces tens of thousands of dollars in medical expenses, Walter Jr. sets up a website to raise the money. A local reporter interviews him about the endeavor, and Walter Jr. tells her: “Ask anyone, anybody. He’s a great father, a great teacher. He knows, like, everything there is to know about chemistry. He’s patient with you, he’s always there for you. He’s just decent. And he always does the right thing, and that’s how he teaches me to be.”

Walter, Jr. has no clue that his father has used illness as the rationale for going into the meth industry, telling himself that, facing early death, he must provide for his family. Nor does Walter Jr. know that the money his father uses to buy him a muscle car comes from that hidden enterprise. Instead, he takes unsullied delight from the hot ride that makes his crutches and limp momentarily irrelevant. He exults in seeing his father, once such a tentative man, wear the “bad-ass” black hat that is actually the symbol of his meth doppelganger, Heisenberg. When Skyler kicks out Walter in anticipation of divorcing him, Walter Jr. sides with his father out of that desperate, primal need a son has.

So no one on this show — certainly not Jesse or Skyler, each Heisenberg’s accomplice in a different way — is shattered by the revelation of Walter’s true identity more than his loyal, loving, and deeply loved son. Walter destroys the thing in the world that he most cherishes.

The terrible toll resounds in Walter Jr.’s words as he shouts, “You ruined my life.” It is etched in the teenager’s face, cheeks quivering with both rage and imminent tears. After all the bloodshed in “Breaking Bad,” the murders both ordinary and innovative, no image will haunt me more than the image of Walter Jr. in the final episode.

He is coming from school, not in his father’s car or his own, but on the yellow school bus. He is returning not to the family’s ranch house, with a pool and patio, but to a housing project. All those material comforts are long gone, confiscated by the authorities. Every lurching step Walter Jr. takes, every downcast glance he offers, broke my heart. None of the millions Walter had arranged to be given to his son in the future offered a penny’s worth of solace or catharsis. As Walter watched his son disappear through the apartment’s front door, he was watching Moloch devour its sacrifice.

Samuel G. Freedman is the author of books including “Jew vs. Jew” and “Breaking The Line.”