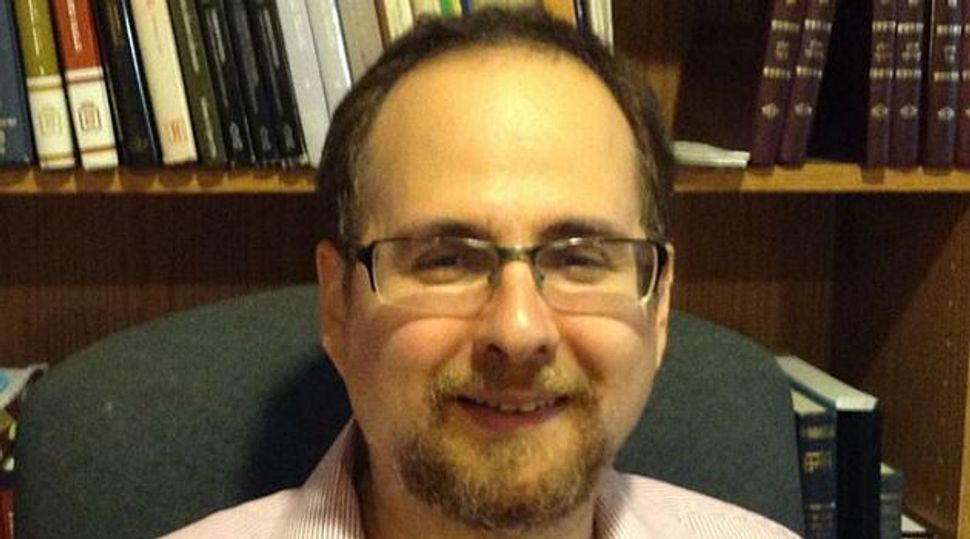 Akiva Roth was a bar mitzvah tutor convicted of four counts of lewdness in 1997. Courtesy of Facebook

When will Yeshiva University ever learn? When will modern American Orthodoxy’s flagship institution learn to own up to its mistakes, genuinely reform its procedures, live out its values and, above all, provide a safe and honest environment for its students?

The latest revelation, that Y.U. hired a new faculty member who had been convicted of inappropriate sexual behavior with boys, starkly illustrates the gross mismanagement and hypocrisy of the university’s current administration. Here we have an institution reeling from allegations that for decades — decades — its leadership ignored the sexual abuse of students at the hands of at least two of its most prominent staff members. Here we see an institution that covered up the abuse, allowed the offending rabbis to take jobs working with children elsewhere in the Jewish community and, even after the Forward uncovered this sorry and painful story, refused to acknowledge its own complicity and grasp the opportunity to help with the healing process.

Instead, Y.U. spent $2.5 million on an investigative report that its own top officials then sought to largely suppress, emphasizing instead that it is reforming its policies and procedures to prevent abuse and deal with it forthrightly if and when it occurred.

Zero tolerance was not delivered.

As the Forward’s Paul Berger reports, Akiva Roth, who started this new school year as a Hebrew teacher at Yeshiva College, pleaded guilty in 1997 to four counts of lewdness against several boys in his work as a private bar mitzvah tutor. He was sentenced to ten years probation by a judge who railed against Roth’s arrogance and “lack of appreciation for the wrongfulness of his conduct.”

Roth, 42, has not been accused of misconduct at Y.U. But his employment by Yeshiva College was a reckless violation of basic management principles. “I teach my students that of all crimes, pedophilia has the highest rate of recidivism, over 90%,” Rabbi David Teutsch, who leads the Center for Jewish Ethics at the Reconstructionist Rabbinical College, told the Forward. “No way can you trust someone like that around kids.”

The fact that the events that led to Roth’s guilty plea happened some time ago is, experts say, irrelevant. It is impossible to know for certain whether another crime was committed in the intervening years, especially given the unusually high likelihood of repeat offenders.

Compassion dictates that Roth be allowed to move on with his life and be employed in any number of professions. But teaching should not be one of them. Especially teaching on a university campus in Manhattan’s Washington Heights where the college classrooms are as close as a block away from the high school buildings.

Roth’s employment calls into serious question Y.U.’s vaunted, “zero tolerance” hiring process, which is supposed to include background checks on all new hires. Was the screening so poorly conducted that Roth’s guilty plea in a New Jersey court was overlooked by the New York institution? A simple computer search turns up the information. Were there extenuating circumstances that argued in favor of Roth’s application and persuaded Y.U. to ignore its own procedures? If this is true, if politics or favoritism was behind this hire, then the university is especially culpable.

Were there really no other Hebrew teachers available in all of New York?

As we have sadly come to expect, the university effectively shut down communication when the Forward posed these questions, several days before publication of Berger’s shocking story. As of presstime, it still has offered no explanation, only the promise that it is continuing to review the matter.

Not only is this mystifying, it is highly irresponsible. Y.U. is facing a $380 million lawsuit filed by 34 former students who allege that the university fraudulently covered up abuse that occurred between 1971 and 1992 and that it misrepresented the safety of the school. Y.U. is fighting this lawsuit by arguing that the students waited too long to file it, since New York State’s restrictive statute of limitations had run out years ago.

But it was only last December, when Berger’s stories first were published, that many of these students — now men ranging in age from 39 to 60 — realized that the sexual, physical and emotional abuse they suffered individually at the hands of rabbinic authority figures was actually widespread. The administration, however, knew. Rabbi Norman Lamm, who was Y.U.’s president at the time, acknowledged in a voluntary interview that he knew of the abuse and failed to properly report it, and then, when he stepped down as chancellor in July, asked for forgiveness for his failures.

Now Lamm’s lawyers argue that he is too cognitively impaired with dementia to testify in the lawsuit.

We think he may be the only honest leader at Y.U.

Richard Joel, who replaced Lamm as Y.U.’s president and was told about the abuse soon after he took office in 2003, said in a statement in August: “Today, the university is a safe place infused with a culture of warmth. For years we have enacted and enforced policies and procedures to protect our students and community members.”

In the case of Akiva Roth, that is blatantly untrue.

When will Y.U. ever learn?

And when will its board of directors, its vast alumni network and community of supporters, hold this administration accountable?