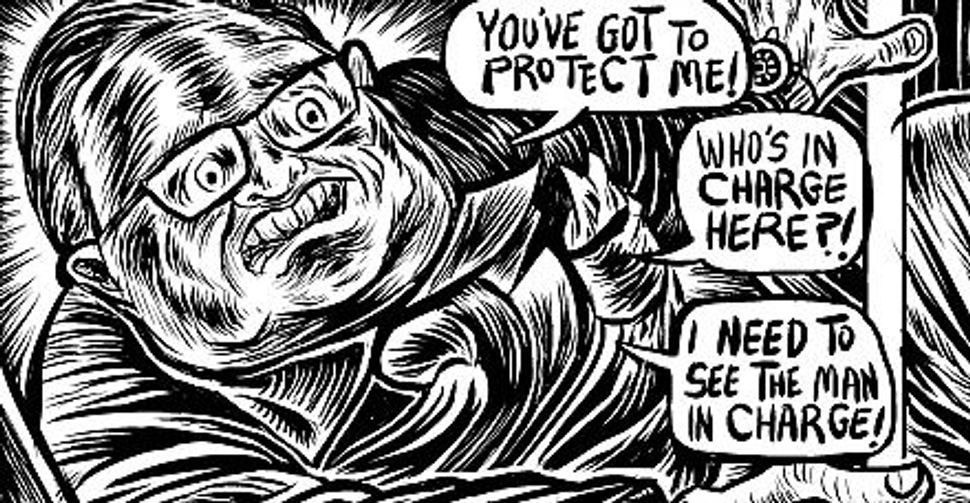 The month of Halloween hasn’t been friendly to Anti-Defamation League Director Abraham Foxman’s position of authority in the Jewish community.

In early October, Foxman batted away the findings of the Pew Research Center, which showed that a majority of American Jews were ambivalent about Israeli government policies by remarking, “This is a poll of everybody. Some care, some don’t care…. I’m not going to follow this. I don’t sit and poll my constituency. Part of Jewish leadership is leadership. We lead.”

Then, on October 21, Foxman’s organization seemed again to dismiss most of American Jewry when it excoriated Jewish groups for being critical of Israel and for “intentionally exploit[ing] Jewish culture and rituals,” using as an example the suggestion of one group that an olive be added to the Seder plate “to symbolize the Palestinian struggle.”

For me, this leads to the question: What’s at the heart of Foxman’s antipathy for American Jews?

Eli Valley, Artist in Residence at the Forward, is finishing his first novel. His website is www.evcomics.com, and he tweets @elivalley 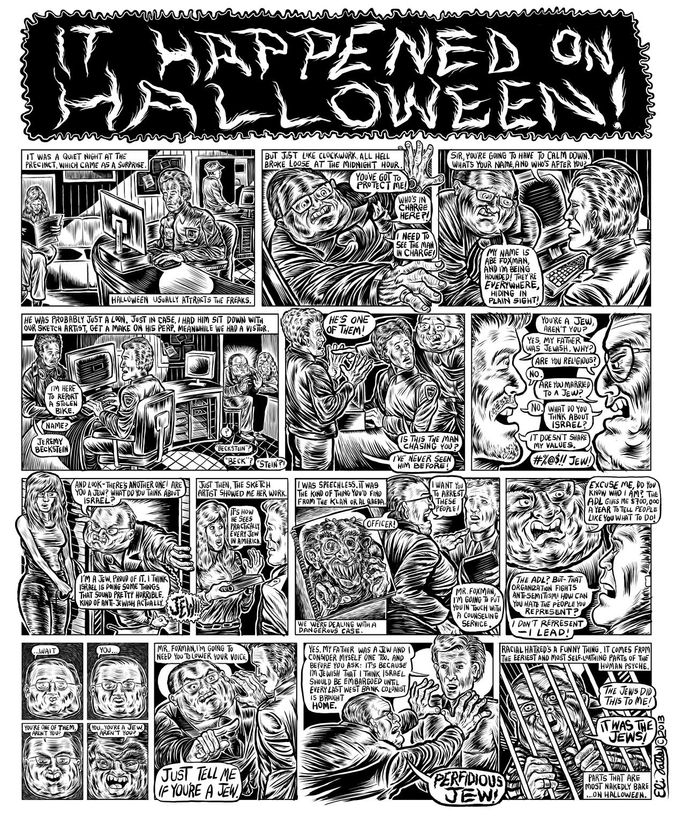