‘Open Orthodoxy’ Is Not Really Orthodox At All 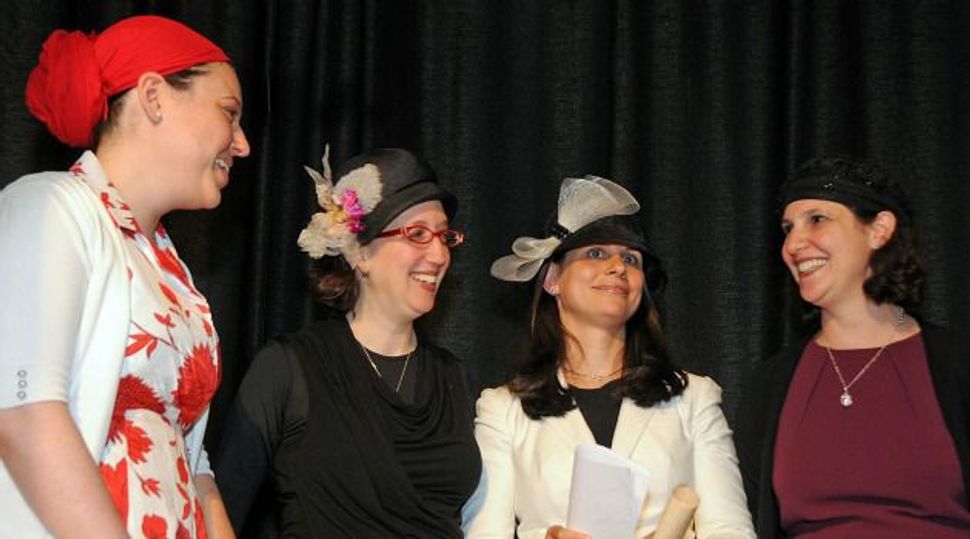 How Far From Tradition? So-called ?Open Orthodoxy? accepts significant breaks from traditional faith, including ordination of women ?maharats.? Is it right to still call the movement ?Orthodox?? Image by robert kalfus

The perils of religious self-definition became amusingly apparent in the recent Pew survey of American Jews. One category of “Jews” was “Jews by affinity” – Americans lacking any Jewish parentage or any Jewish background who simply choose to call themselves Jews; more than one million people so identified themselves. Similarly suspicious are the survey’s self-described “Orthodox,” fully 15% of whom reported that they “regularly attend services” in a non-Jewish place of worship, 24% of whom handle money on the Sabbath and 4% of whom say they erect holiday trees in their homes in December.

In a recent op-ed, Rabbi Asher Lopatin insists that the “Open Orthodox” movement whose flagship institution, Yeshivat Chovevei Torah, he now serves as president has every right and reason to call itself Orthodox – indeed that anyone can choose whatever Jewish religious label he wishes to wear, and that “no one has the authority” to “write someone out of Orthodoxy.”

The issue here, however, is not one of people but of concepts, not about writing anyone out of anything but rather of defining words, which, pace Humpty Dumpty, are expected to have meanings.

To be sure, words’ meanings can change. Once, not very long ago, a “mouse” was exclusively a furry creature, and “gay” meant only “joyful.” Perhaps “Orthodox Judaism” will, as Rabbi Lopatin wishes, undergo a metamorphosis too, and come to encompass even theologies that are indistinguishable from the one currently associated with the Conservative movement.

But at present, as over the past century or two, “Orthodoxy” has been synonymous with full acceptance of the mesorah, or Jewish religious tradition – including most prominently the historicity of the Jewish exodus from Egypt; the fact that the Torah, both Written and Oral, was bequeathed to our ancestors at Sinai; and that Abraham and Isaac and Jacob actually existed – concepts that prominent products or leaders of the “Open Orthodoxy” movement are on record as rejecting.

Orthodoxy is “pluralistic,” in the sense that it encompasses pieces at odds with one another on myriad issues. Parts of the Orthodox universe embrace formal secular learning, parts eschew it; parts recite the Israeli Rabbanut’s prayer for Israel, and parts don’t; parts are defined by the warmth and tumult of their shul services, parts have services that are formal and sedate.

But all those parts, for all their differences in orientation and practice, are unified by a belief system that embraces the Thirteen Principles of Maimonides (based on the broader three of Rav Yosef Albo, derived from the Talmud and other links in the chain of the Oral Tradition – our mesorah). An adherent of the late Lubavitcher Rebbe, a Satmar chassid, a “Litvish” yeshiva graduate and a student of Yeshiva University’s Rabbi Isaac Elchonon Theological Seminary are all are unified by the essence of what the world has called Orthodoxy for generations. But “Open Orthodoxy,” despite its name, has adulterated that essence, and sought to change both Jewish belief and Jewish praxis (as in ordaining women or suggesting that problematic Jewish marriages can simply be retroactively annulled).

It would be unfortunate were a new movement to force Orthodoxy to find a new name for itself, just in order to communicate the idea of a community that affirms the entirety of the mesorah. It would be unfair, too, since there already exists an “open” movement that seeks to “conserve” what it likes of the mesorah but to respect the Zeitgeist and embrace different approaches and practices from those of the Jewish past.

Why, indeed, can’t the new Jewish movement just append itself to the already existing one that shares its ideals? A cynic’s answer would be: because it wouldn’t be newsworthy; a conservative wing of the Conservative movement is hardly a novelty; a “new” and “open” “Orthodoxy,” the violence done to the latter word in the process notwithstanding, is something special. A non-cynic would have no answer.

But both the cynic and the sober observer would rightly consider the use of “Orthodox” to be a violation of truth in advertising. We need, Rabbi Lopatin writes, to “respect each other’s understanding of what Orthodoxy is.” But – at least until the dictionary jettisons history here – “Orthodoxy” is not an all-encompassing umbrella. There may be different sub-species of aardvarks and of zebras, but an opossum cannot lay claim to either entry.

Seeking to revise the mesorah, although disturbing enough, is one thing; redefining a time-honored word while misrepresenting what one is doing, quite another.
It’s one thing to be “open.” But, above all, one must be honest.

This opinion piece first appeared on Haaretz. For more go to Haaretz.com

‘Open Orthodoxy’ Is Not Really Orthodox At All