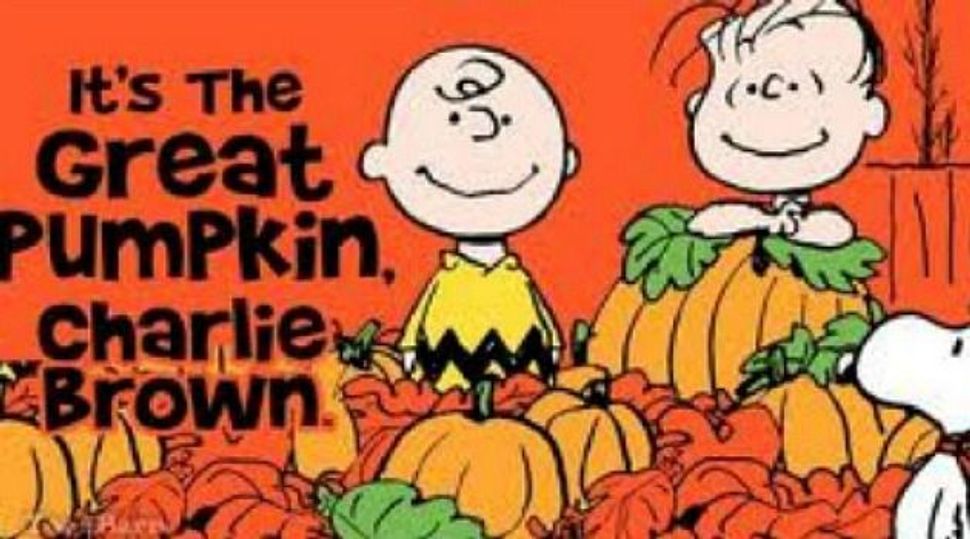 At this time of year I feel like a Jewish Halloween Grinch. My children, 4, 8 and 10, are old enough to know that their mother takes no joy in Halloween.

My four year old asked me, upon walking up to someoneʼs house in town, why our house isnʼt decorated for Halloween. I explain, again, for the umpteenth time, that Halloween is not an important holiday, itʼs not a Jewish holiday. And unlike Thanksgiving, a national holiday with meaning, Halloween has no meaning, itʼs a pagan holiday. Of course, her next question for me: “Whatʼs ‘pagan’”?

I know many feel that Halloween has been secularized enough that itʼs moved beyond its pagan roots, and yes, I can sound like a sour woman with no sense of fun. But the older I get, or the older my children get and the more conscious I am of trying to ensure that we celebrate all the Jewish holidays meaningfully, including every Shabbat, the more Halloween rubs me the wrong way.

When my children were toddlers the holiday didnʼt bother me as much. They attended Jewish preschool and the preschool made a point of not mentioning Halloween, which was fine by me. I sometimes took them to the town trick or treat where they could dress up and get some treats. Now my older two attend public school and every year it seems that Halloween is the one holiday that the whole school gets behind. The children are encouraged to dress up or bring their costumes; thereʼs a parade parents can attend and a class party. In the afternoon and evenings the children dress up and go trick or treating.

Iʼm all for children having fun. But why does Halloween have to be the biggest of all the holidays? Iʼd much prefer if the neighborhood and the schools made a big fuss about Thanksgiving. Surely thatʼs a holiday that is more meaningful, and encourages the values of being grateful for what we have, and coming together as a community that would be good to inculcate in our children and celebrate.

What does Halloween celebrate? The chance to beg our neighbors for candy — and to display a preoccupation with the undead. Itʼs not as if we let our children then revel in all the candy and sugar that on all other days we consciously limit their intake of. Wisely, in our community the schools accept leftover Halloween candy donations. This year in our town they are going to use the candy to include in gift bags for a charity that fights leukemia. I think thatʼs great. But it goes to show the meaningless of the act of running around ringing doorbells and begging for candy that you wonʼt get to eat.

Moreover, the act of trick-or-treating has been so sanitized that itʼs no longer as fun as it was many parents trick-or-treated. Times have changed since the mid-1970s when anthropologist Margaret Mead said that Halloween “was the one night in the year when the childʼs world and the adultʼs world confronted each other and children were granted to take mild revenge on the adults.”

Now many towns have passed laws stating that children must be accompanied by an adult, and even can only trick or treat during daylight hours. I remember my childhood Halloweens in the early 1980s when there was a mild frisson of fear in the air once it turned dark: there was the threat of older kids, not-so-good kids, “egging” you. The next day I would look around and spy a house that was egged and feel really bad for the victim. Not that Iʼm condoning throwing eggs on someoneʼs body or property, but these days, Halloween in most suburban neighborhoods is cleansed of this frisson of fear, of this exciting feeling that the children are all-powerful and changing places with adults on this one day. Not only is the holiday not meaningful in any profound way, it doesnʼt allow us to foster in our children anything worth fostering besides the principle that they should have fun, which can be done in so many other ways.

Moreover, as my eight-year-old pointed out to me: “Whatʼs with all this focus on death?”

Many families decide to go all-out and go beyond a few pumpkins by the door step. Jewish families that donʼt get to light up their houses on Christmas hang a few plastic corpses from a tree limb or basketball net, put up orange Christmas lights, erect plastic gravestones emblazoned with “RIP.”

I tend to think that this desire to decorate so brazenly for Halloween stems from a desire for ritual and religious practice, for spirituality, that doesnʼt have another outlet: many of these families are not religious; they donʼt go to synagogue (Iʼm talking about Jewish families) and Halloween seems like a holiday that can be celebrated by all, that has no religious underpinnings, as it seems to have moved beyond its pagan origins. But what are we really celebrating in Halloween?

On holidays, as in Jewish holidays, we practice rituals to feel as if we share a common history, and to teach our children, as in Purim, to teach the virtues of Esther and Mordechai, on Passover to celebrate freedom and feel as if we were the slaves leaving Egypt. On Thanksgiving we teach our children to be thankful and grateful for what we have and to remember the origins of our country. What are we teaching our children on Halloween, what values are we inculcating?

Children dress up as all sorts of things for Halloween: princesses, Buzz Lightyear, Mario, most commercial products, characters out of Disney and other media conglomerates. But interspersed with these commercial product costumes are, as David J. Skal writes in his book “Death Makes a Holiday,” “the classic images of mortality and the grave: skeletons, vampires, zombies, and ghosts. The grand marshal of the Halloween parade is, and always has been, Death, Skal writes. Death is really what is celebrated on Halloween. Whereas in our everyday lives death is a subject that we donʼt talk about, on Halloween an obsession with death (and really, the undead) comes out. But this is not a meaningful discussion of death. Itʼs just a trotting-out of undead images: zombies, vampires, skeletons and corpses with dripping blood seeming to come back to life.

Skal writes that the holiday came to America along with the wave of Irish emigration following the potato famine of the late 1840s: “The survivors of the ʻcoffin shipsʼ – so called because of their appalling rates of disease and mortality — had every reason to keep alive a celebration that paid homage to death, or at least contained and tamed its memory in a controllable ritual.”

But these images of the undead do not provoke any meaningful discussion about death or honoring of the fragility of life. And the ritual of trick-or- treating, Skal shows in his book, came bout during the late Depression as a means for homeowners to project their homes from youths who would commit vandalism during Halloween: the treats mollified them. Thereʼs really no choice today: thereʼs no threat of children committing “tricks,” thank goodness, just the promise of sugary commercial treats. But then when say the words at all? Itʼs a meaningless phrase, “trick or treat,” just like the meaningless of the entire holiday.

Whatʼs really the meaning behind it all? There is none.

And, for me, I only can get behind a holiday that has meaning for me and for my family. I do feel like a hypocrite letting my kids dress-up and go trick or treating when the holiday annoys me so as an adult. Still, I tell them why I donʼt like the holiday. And I try to make a big fuss about Purim, which is always a fun holiday, and a chance to give tzedekah.

I get why Linus sits out in the pumpkin field waiting in ‘It’s the Great Pumpkin, Charlie Brown,’ the quintessential Halloween animated drama. Heʼs committed to looking for a divine being, something meaningful in the holiday, while the rest of his pals go trick or treating and (except for the shlemiel-like Charlie Brown who only gets rocks) fill up their bags with candy. Everyone laughs at him, knowing there is no Great Pumpkin, but heʼs a believer. Charlie Brown tries to empathize, saying heʼs done stupid things, too, but Linus says his waiting wasnʼt stupid: heʼs going to wait again next year. Linus believes in a higher power, this Elijah or Messiah-like figure. His waiting out in the pumpkin field is the epitome of faith. Heʼs looking for spiritual meaning in a holiday that otherwise has none.