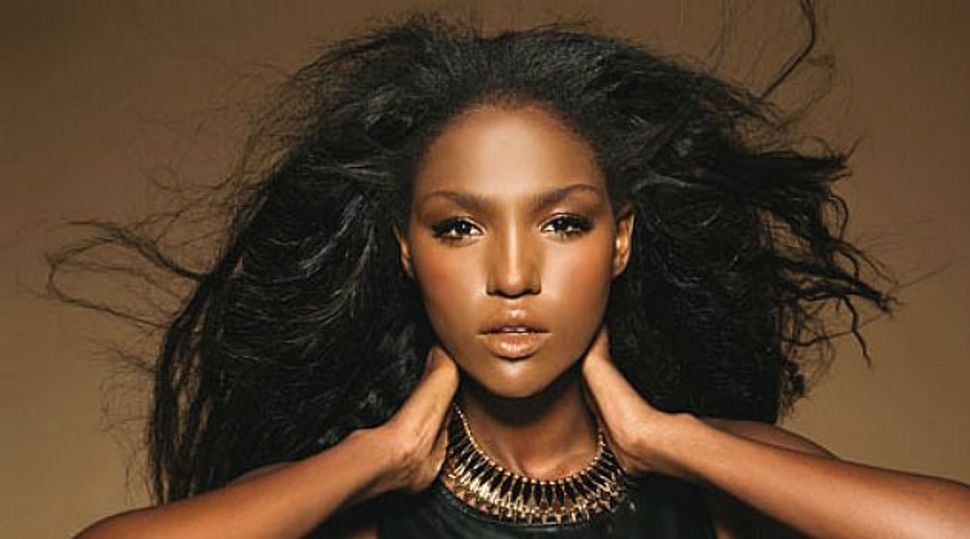 Miss Israel Titi Aynaw is in Moscow for the Miss Universe pageant. And she needs your vote. Image by miss universe

The Forward is a non-profit news organization and as such is barred from telling you whom to vote for. There’s also this little thing called journalistic integrity. But we have decided to toss both policies out the window — just this once.

Vote for Titi! There, we said it. Let the IRS do what it may.

Aynaw, 22, is in Moscow to compete for the 2013 Miss Universe title. If she gets the most votes in an online public poll, she will automatically have a guaranteed place in the semi-final level of the competition.

Some media outlets are naming Miss Israel, who commanded the attention of President Obama at a state dinner hosted by Israeli President Shimon Peres last March, is already an early favorite to win the 2013 title.

Coming in first in the online poll would certainly give her a significant boost.

Eighty-eight countries will be represented in this year’s pageant, which is being held for the first time in Moscow, Russia. It will be televised by NBC on November 9 at 9 PM Eastern.

Online voting closes on November 8. So, there is no time to waste in casting your ballot for the lovely Titi. There is no limit on how many times a single person can vote for a favorite candidate, so vote early and vote often for Miss Israel!