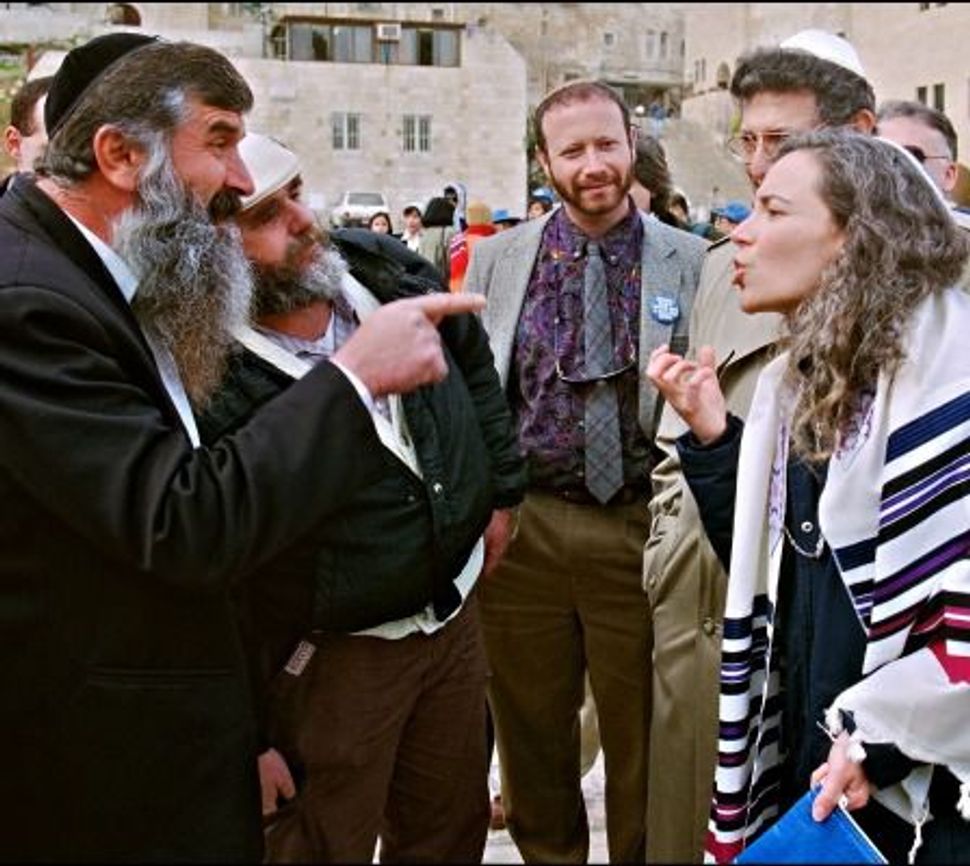 Those who read my Friday blog post about the Israel-Diaspora deliberations going on in Jerusalem this week might have noticed that I mentioned a paradox in the way the discussions are going, but I never detailed the substance of the paradox. The sun was setting over the Mediterranean before I had a chance to finish my thought. So let’s try it again.

There are two main topics on minds of delegates attending the governing council meetings of the Jewish Agency, the World Zionist Organization and the Jewish Federations of North America. One is Jewish religious pluralism in Israel—the monopoly of the Orthodox rabbinate over Jewish religious life and the limits and hurdles placed before non-Orthodox denominations. The other is the Pew survey of Jewish Americans released October 1, with its stark intimations of a steady dilution in the strength of non-Orthodox Judaism. News summary], full survey report.

The first, religious pluralism, tops the agenda of Reform, Conservative and other liberal delegates to the various meetings. They make up a majority of the American delegations at all the major gatherings. True, Americans aren’t a majority at these events; Americans make up about 40% of world Jewry, Israelis another 40% and the rest of the world about 20%, and the non-Orthodox denominations are weak outside America. But the liberal denominations have formed an alliance with the left-wing Zionist delegations from Labor and Meretz, partly to counter the longstanding alliance between Likud and Orthodox. The result is that the liberals dominate wherever you look.

That leaves Orthodox delegates on the defensive, feeling beaten up and underappreciated. It’s already led to a walkout by the Shas delegation to the World Zionist Organization governing council, which met last week. It figures prominently on the agenda of the General Assembly of Jewish federations that starts Sunday. And later in the week the General Assembly is planning a mass walk to the Western Wall to show solidarity with the Women of the Wall and others advocating gender egalitarianism at the holy site. It looks to be a long week for the Orthodox delegates.

On the other hand, the Pew report and its fallout cut the other way. It puts the non-Orthodox denominations on the defensive, with its statistical evidence of low affiliation and participation, high intermarriage, fertility and long-term decline among non-Orthodox Jews in the Diaspora, versus solid demographic and organizational prospects for Orthodoxy. The topic comes up repeatedly in discussions of Jewish education, outreach and mobilization, and these, ultimately, are the core of these organizations’ work. For the Orthodox, therefore, these two weeks might be causing dark feelings about their role in these forums, but in the longer run, things look sunny indeed.