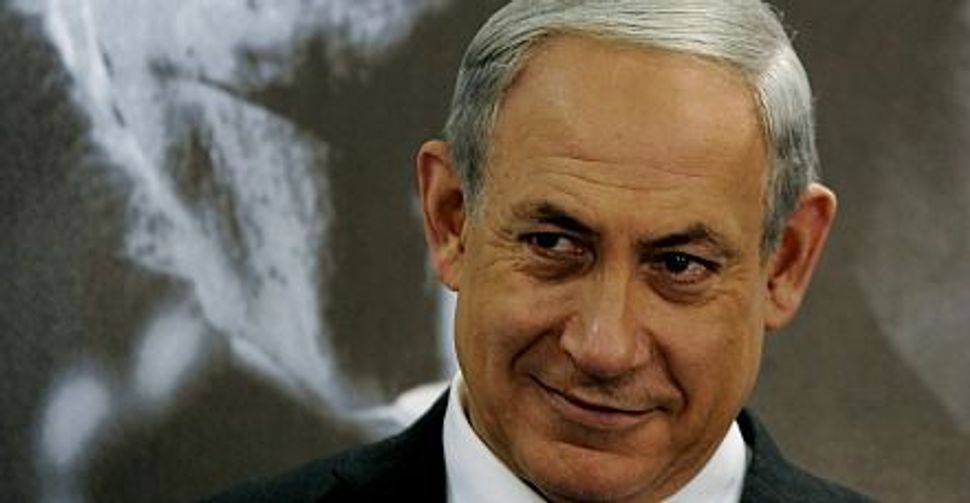 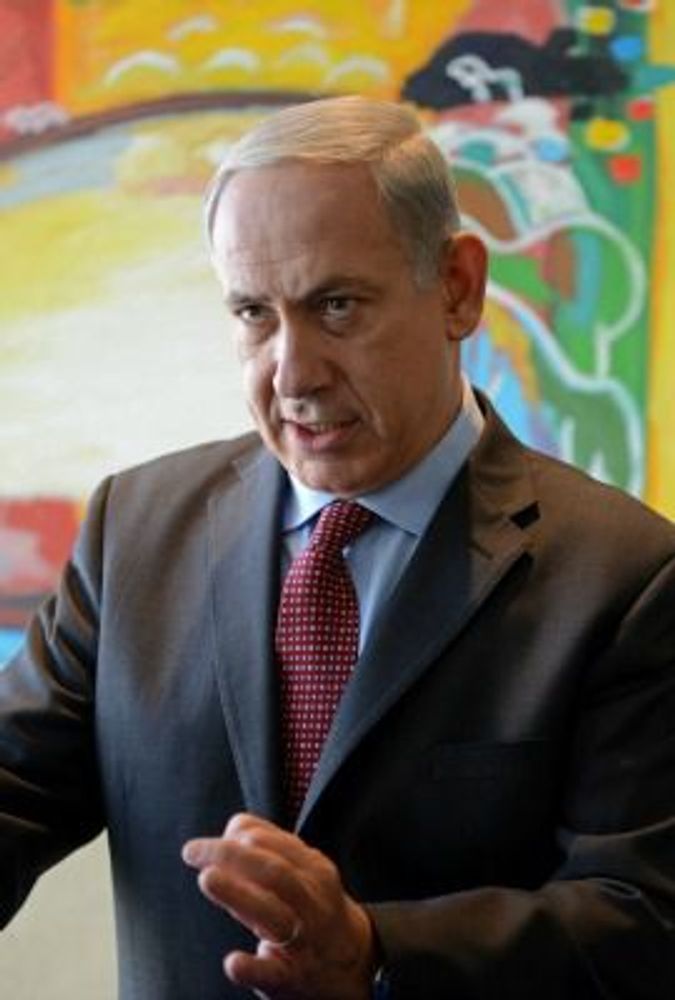 Israeli Prime Minister Benjamin Netanyahu welcomed some 1,500 leaders of the top North American Jewish philanthropies to Jerusalem for their annual assembly with an angry denunciation of the Iranian nuclear negotiations that their government is leading in Geneva.

In a rambling, repetitive, hour-long speech that was by turns impassioned, sarcastic and bitter, Netanyahu attacked the deal that he said had been reached between Iran and the six Western powers that are negotiating over Iran’s nuclear program. He said the international community had imposed crippling sanctions on Iran in order to force an end to its uranium enrichment, a surrender of its enriched nuclear material and dismantling its centrifuges, but “now there is a deal” that eases the sanctions in return for virtually no Iranian concessions.

“Iran does not give up anything,” he said. “None of the demands that the Security Council adopted are met.”

The Sunday evening speech came a day after the negotiators in Geneva announced that no deal had been reached and the talks had been suspended after coming to an impasse. It was Netanyahu’s third major appearance of the day in which he denounced the nuclear negotiations, though in his earlier appearances—an interview on CBS News “Face the Nation” and remarks at his weekly Cabinet meeting—he acknowledged more clearly that a deal had in fact not been reached.

He has been denouncing the direction of the Geneva negotiations in extreme terms several times a day for the better part of a week. The campaign began just in time to greet Secretary of State John Kerry’s latest visit, his sixth visit to the region since taking office, to push Israeli-Palestinian negotiations forward. The Kerry visit came at a moment of crisis, as the secretary of state appeared to have been caught by surprise by Netanyahu’s hardline stance on the Palestinian issue when the two met in Rome in mid-October. Kerry came to Israel last week prepared to push hard for new flexibility. Netanyahu’s pushback on both issues, Iran and Palestine, is said to be causing severe strain in relations between the two countries.

Netanyahu repeatedly described the Iran deal in present-tense terms, though it had collapsed very publicly just the day before. His speech was framed to give the effect of depicting the allies’ proposal as a done deal and exaggerating its imbalance, saying Iran was giving away “nothing” when in fact it is called on to destroy its most highly fissile material, stop certain enrichment and idle its fastest centrifuges. His evident intention was to get Jewish activists to put pressure on Washington to harden its terms in advance of renewed talks later in the month.

Washington’s challenge, by contrast, is to pursue a strategy that can maximize pressure on Iran while minimizing the odds that the extraordinary coalition President Obama has carefully assembled, which includes China and Russia along with the traditional Western European allies, will collapse.

Faced with front-page news reports that countered his exaggerated message, Netanyahu implied that he was giving inside information: “What is being offered now—and I am being constantly updated in detail—is a deal in which Iran retains all of that capacity” (to prepare bomb-making materials).

It’s worth noting that Israeli leaders have a long tradition of plying American Jewish activists with extreme, often exaggerated depictions of the threats Israel faces in order to maximize the pressure the alarmed activists will then exert on Washington on Israel’s behalf. It’s usually done more subtly, though, and in closer adherence to the truth. The likely effect of Netanyahu’s appeal to the federation leaders was to display not resolute leadership, but panic. Applause was light during most of the speech, and standing ovations, a standard gesture during this sort of appearance, were entirely absent except the obligatory one at the end.

Netanyahu pushed hard on all his favorite buttons Sunday night. “When the Jewish people were silent on matters of their survival, you know what happened,” he said at one point. “All of us have to stand up and be counted.” Then, after describing the “few days” left to block the deal—an apparent reference to the suspension of talks after the deal failed—he added: “That’s what I expect from every one of you, and I know it’s achievable.”

One veteran Jewish activist who has known Netanyahu for years speculated that he was thrown off balance at the beginning by a balky hand-held microphone, sharpening his tone. The prime minister apparently had planned to carry the mic and walk around the stage for effect, but instead he was forced to stand at a lectern.

The forum where Netanyahu spoke was the opening session of the General Assembly of the Jewish Federations of North America. The annual event, which began in 1932, meets in a different city every year. This year it drew a disappointing crowd of about 1,500 federation delegates, foundation executives, grantees and grant-seekers, compared to a typical attendance nearly double that. Also present were an equal number of Israeli participants, some of whom work with the American charities, follow their activities or seek funding, while others came out of curiosity, drawn by the reduced registration fees offered at the last minute to fill the hall.

The audience also included about 500 delegates to the Jewish Agency Assembly for whom Netanyahu’s appearance marked the closing of their three-day conclave. Many of those present were delegates to both gatherings, as the Israel-based Agency spends much of the money that the federations raise in North America.

In addition to Iran, Netanyahu spoke briefly about the peace talks with the Palestinians. He contrasted his desire to reach a “historic” peace agreement based on two states with a host of Palestinian failings, including textbooks that don’t mention Israel, “inefficacy in fighting terrorism” and unwillingness to accept his demand that they recognize Israel “as a Jewish state.” He spoke mockingly of the fact that they recognize “the state of Israel,” but don’t embrace Israel’s “right to exist as the nation-state of the Jewish people.”

At the end he noted several topics that touch on the federations’ agenda of Israel-Diaspora relations, including religious pluralism in Israel, which he said he supported, and programs to strengthen Diaspora Jewish identity.

He mentioned the October Pew Research Center survey of Jewish Americans glancingly. “We also read the recent polls,” he said. “We know we have a challenge.”

Netanyahu’s speech was followed immediately by a performance by Israel’s Batsheva Dance Company, which appeared to lift the audience’s mood from the gloom of the prime minister’s message. The company’s artistic director, Ohad Naharin, introduced the performance by describing dance as a way to open hearts and cross boundaries.

The dancers then performed two numbers. The first was an avant-garde techno piece that got little audience reaction. The second was a witty ballroom number, set to Dean Martin’s “Sway,” in which the dancers ran into the audience and drew seemingly random conventioneers onto the stage for a rhumba and cha-cha. Though the recruits are said to have been prepared in advance, and most were dressed in matching outfits, the illusion of surprise and the energy of dancers and volunteers alike had the effect of sending delegates into the night in good spirits, snapping their fingers and prepared to return to the work of the convention the next day, rather than spend their time in Jerusalem hiding under their beds.