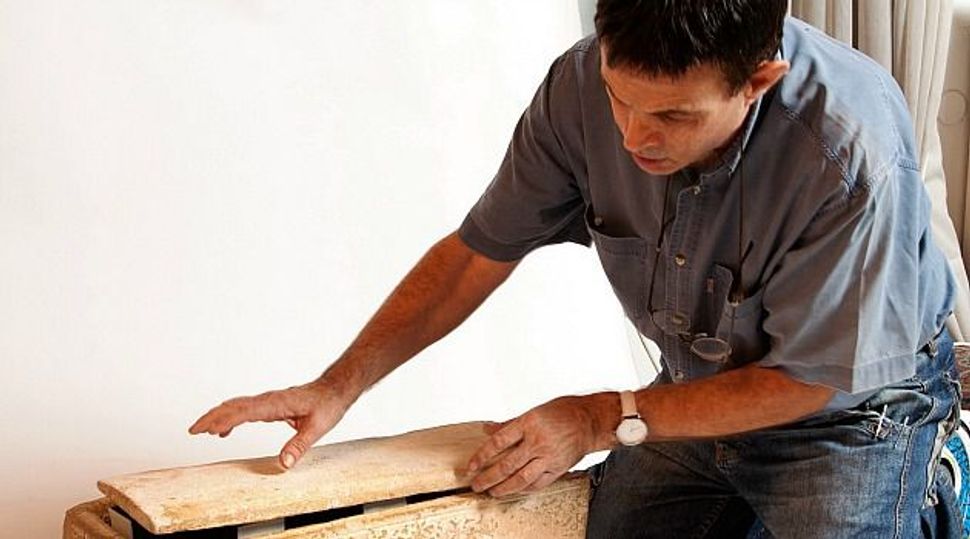 It’s written in stone, but still not everyone believes it. There are still those who maintain that the Aramaic inscription on a First Century limestone ossuary that says, “James, son of Joseph, brother of Jesus” is a forgery. Nonetheless, the Israeli courts determined that the inscription could very well be authentic, and that the bone box should be returned to its owner, collector Oded Golan.

The artifact was seized from Golan in 2003 by the Israel Antiquities Authority, which accused him of adding “brother of Jesus” to the inscription and trying to dishonestly pass the ossuary off as the first and only known artifact pointing to the actual existence of Jesus of Nazareth. Golan was arrested and tried, and after a protracted legal battle, was exonerated in 2012. The bone box was recently returned to Golan by the Israel Antiquities Authority, which had kept it out of the public’s view for a decade.

Matthew Kalman, a Jerusalem-based journalist who has been covering this case for a decade, told Forward Thinking that the 20-inch long by one-foot wide box should have been released to Golan quite some time ago. “The judge ordered its release, and the appeal process was exhausted three months ago,” he said.

According to Kalman, Golan intends to show the ossuary to the public, but that he has no specific plans as of yet. The last time the ancient artifact was on public view was in 2002 at the Royal Ontario Museum in Toronto. It’s appearance sparked major interest, including the making of a Discovery Channel documentary by “Naked Archeologist” Simcha Jacobovici.

Before he puts the ossuary on display, the collector has to deal with the damage caused to the inscription by testing done by the Israeli police’s forensics lab. A photograph published with an article by Kalman in Sunday’s New York Daily News shows red staining on the word “Yeshua,” or Jesus.

Golan acquired the bone box (it was the custom of Jews of first century Palestine to leave dead bodies in a cave for a year, and then gather their bones and put them in a stone box) in the 1970’s from an antiquities dealer in East Jerusalem. It wasn’t until a quarter century later when Sorbonne professor Andre Lemaire pointed out the significance of the inscription, that the collector understood the ancient object’s amazing value.

If it weren’t for a 1970’s photograph of Golan back in his student days standing on his bedroom balcony with the ossuary, showing its full inscription, there is a good chance that he would not have gotten it back. “The key moment in all of this was when the photo was produced in court,” Kalman recalled. “It destroyed the prosecutor’s case that the inscription was done in the ten years prior to Golan’s arrest.”

So, does Kalman believe the bone box is authentic? “It could be. Nobody can know for sure,” he said. “But what has been proven is that it is not a modern forgery, and that the inscription is more than 200 years old, at least.”

The question as to whether the “brother of Jesus” part of the inscription dates back all the way to Jesus’ time hasn’t been answered, and it is not clear that it can be answered definitively.

Some experts believe the ossuary is the real deal. Others insist you can’t believe everything you read — even if it is written in stone.