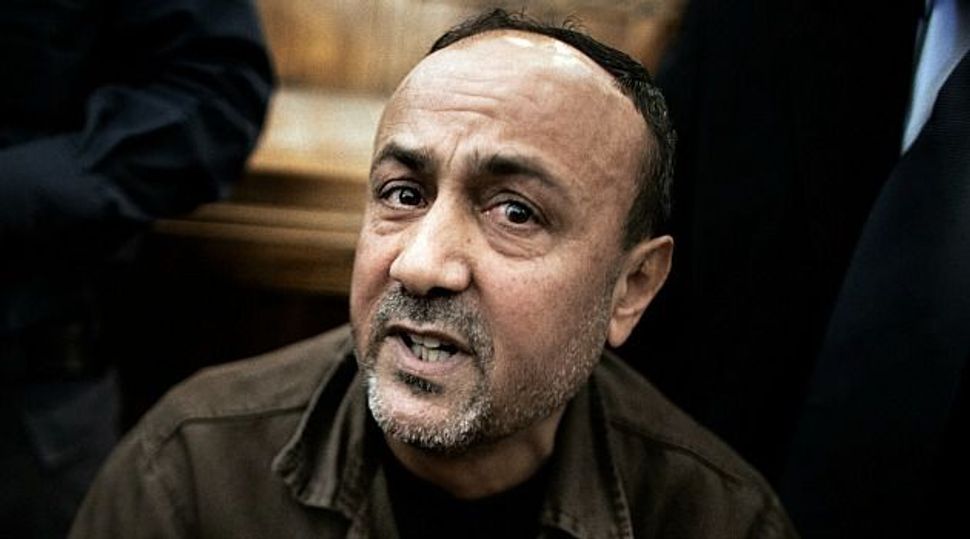 At a time of endless budget crises, the sequester, bursting debt ceilings, government shutdowns, and a default averted at the eleventh hour, it may astound many that American taxpayers are deploying their precious dollars in Israel not to pay for peace but to support terrorists and their families. Each year, American aid and financial programs fungibly fund terrorist salaries paid by the Palestinian Authority.

The concept of fungibility is well-known in finance and to those who follow the money as it applies to terrorism. In brief, as it it classically defined, all dollars given to a specific entity meld together like all buckets of water in an ocean. Neither dollars in a bank account or buckets of water in an ocean can become distinct. Therefore, White House Executive Order 13224 prohibits all transactions with any entity that may directly or indirectly benefit terrorists. This is why one cannot donate money to support a Hamas food kitchen, because ultimately those dollars would be commingled with the funds diverted to terrorism.

The fact that the Palestinian Authority devotes so much of its finances to rewarding terrorists with generous salaries is an astonishing financial dynamic that is known to most Israeli leaders and western journalists in Israel, and has been reported on by the Jerusalem Post and other Israeli newspapers.

But it is still a shock to most in Congress, who are unaware that U.S. money going to the Palestinian Authority is regularly diverted to a program that systematically rewards terrorists with generous salaries.

More than that, this money grandly incentivizes murder and terror against innocent civilians.

Here’s how the system works. When a Palestinian is convicted of an act of terror against the Israeli government or innocent civilians, such as a bombing or a murder, that convicted terrorist automatically receives a generous salary from the Palestinian Authority. The salary is specified by the Palestinian Law of the Prisoner and administered by the PA’s Ministry of Prisoner Affairs. A Palestinian watchdog group, the Prisoners Club, ensures the PA’s compliance with the law and pushes for payments as a prioritized expenditure. This means that even during frequent budget shortfalls and financial crisis, the PA pays the terrorists’ salaries first and foremost — often before other fiscal obligations.

The Law of the Prisoner narrowly delineates just who is entitled to receive an official salary. In a recent interview, Ministry of Prisoners spokesman Amr Nasser read aloud that definition: “A detainee is each and every person who is in an Occupation prison based on his or her participation in the resistance to Occupation.” This means crimes against Israel or Israelis. Nasser was careful to explain, “It does not include common-law thieves and burglars. They are not included and are not part of the mandate of the Ministry.”

Under a sliding scale, carefully articulated in the Law of the Prisoner, the more heinous the act of terrorism, the longer the prison sentence, and consequently, the higher is the salary. Detention for up to three years fetches a salary of almost $400 per month. Prisoners incarcerated between three and five years will be paid about $560 monthly — a compensation level already higher than that for many ordinary West Bank jobs. Sentences of ten to fifteen years fetch salaries of about $1,690 per month. Even greater acts of terrorism, punished with sentences between fifteen and twenty years, earn almost $2,000 per month.

These are the best salaries in the Palestinian territories. The Arabic word ratib, meaning “salary,” is the official term for this compensation. The law ensures the greatest financial reward for the most egregious acts of terrorism.

In the Palestinian community, the salaries are no secret—they are publicly hailed in public speeches and special TV reports. From time to time, the salaries are augmented with special additional financial incentives. For example, in 2009, a $150-per-prisoner bonus was approved to mark the religious holiday of Eid al-Adha. President Mahmoud Abbas also directed that an extra $190 “be added to the stipends given to Palestinians affiliated with PLO factions in Israeli prisons this month.” Reporting on the additional emolument, the Palestinian news service Ma’an explained, “Each PLO-affiliated prisoner [already] receives [a special allocation of] $238 per month, plus an extra $71 if they are married, and an extra $12 for each child. The stipend is paid by the Palestine Liberation Organization (PLO) each month.”

About 6 percent of the Palestinian budget is diverted to terrorist salaries. All this money comes mostly from so-called “donor countries” such as the United States, Great Britain, Norway, and Denmark. Palestinian officials have reacted with defiance to any foreign governmental effort to end the salaries. “Deputy Minister of Prisoners Affairs Ziyad Abu Ein declared to the satellite TV network Hona Al-Quds: “If the financial assistance and support to the PA are stopped, the [payment of] salaries (Rawatib) and allowances (Mukhassasat) to Palestinian prisoners will not be stopped, whatever the cost may be. The prisoners are our joy. We will sacrifice everything for them and continue to provide for their families.”

It must be little comfort for federal workers who were recently denied their salaries during our government shutdown to learn that the PA nonetheless paid terrorists promptly and generously using our tax dollars. Those terrorist salaries are still being paid today.

Edwin Black is the award-winning author of the international bestseller IBM and the Holocaust. This article is drawn from his just-released book, Financing the Flames: How Tax-Exempt and Public Money Fuel a Culture of Confrontation and Terrorism in Israel.