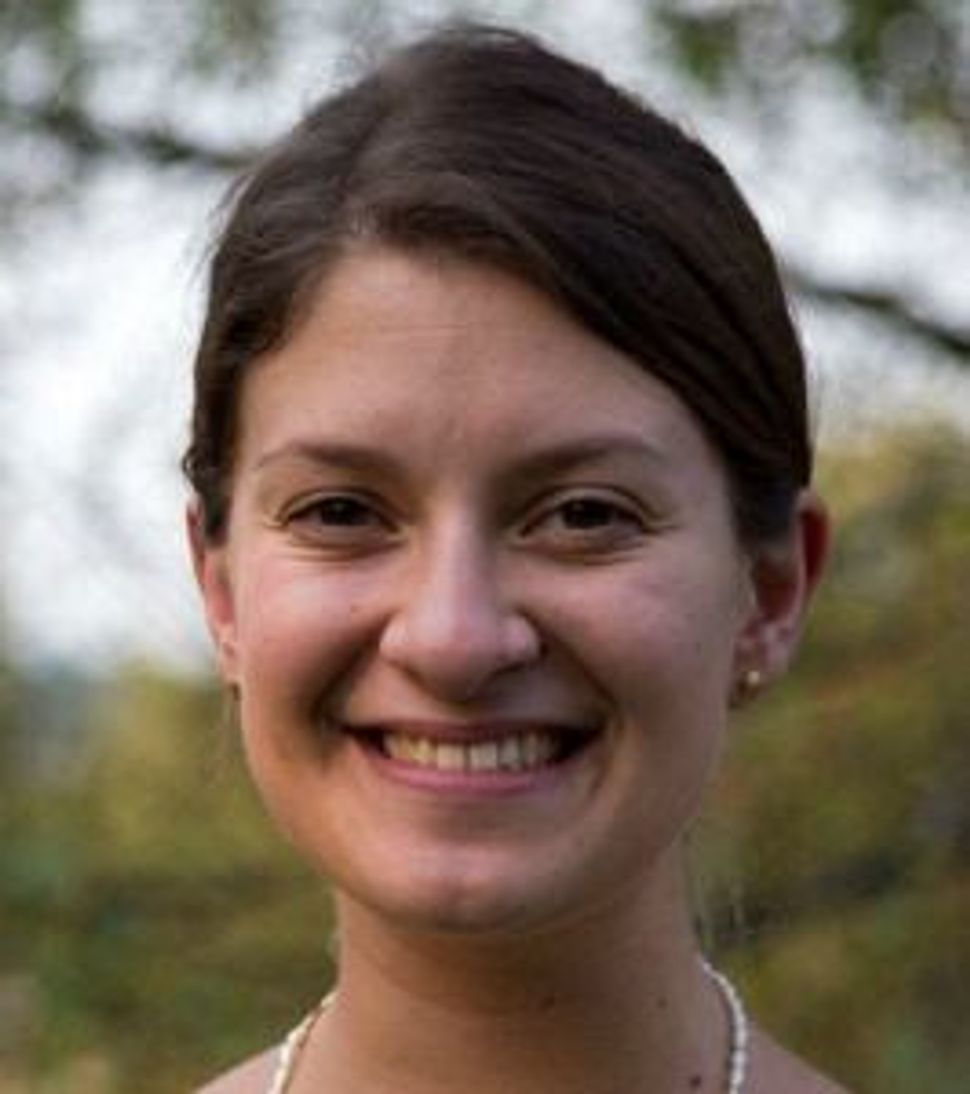 As a first-year rabbinical student at the Hebrew Union College-Jewish Institute of Religion (HUC-JIR), I read a lot about the challenges facing “millennials.” With the recent outpouring of analysis relating to the Pew report on American Jewry, the amount of content may have quadrupled, but the number of young voices has not.

I’m often frustrated by the dearth of meaningful commentary from my generation about how we plan to transform apparent challenges (Think: dues to synagogues, intermarriage and collegiate Jewish disaffection) into our greatest opportunities. We are blessed to have so many articulate and expert Jewish leaders seeking the secret sauce for our engagement. But this is not their task — it is ours.

Recently, I was privileged to join four other millennials on a panel at the Jewish Federations of North America’s annual General Assembly in Jerusalem. Learning that I might be speaking in front of a few thousand people prompted me to spend a good chunk of time dreaming about how best to use this incredible platform to contribute to the conversation about next generation Jewishness.

My path to the rabbinate has been shaped by three vibrant themes in American Jewish life: contagious leadership, nurturing community and social justice. Dynamism and creativity defined the clergy at the synagogue of my youth, but the love for the Jewish people, the infectious excitement about the vibrancy of Jewish tradition and identity made the deepest impact throughout my years there. My role models truly loved their work.

The other day I overheard someone quip: “No one in the history of the world ever washed a rented car.”

A car, like a religious community, only sparkles when people take ownership of it. I was inspired to pursue a position of leadership in the Jewish community because I was taught from childhood that it is mine to lead. Rabbi Rick Jacobs, the former spiritual leader of my synagogue (and now the president of the Union for Reform Judaism), told me so many times that I would make a great rabbi that I actually began to believe him. He turned my responsibility to my community into my own great opportunity.

Then, when I began college and could have joined the mass exodus of my peers from religious life altogether, the student leaders of the HUC-JIR soup kitchen welcomed me into their meaningful project, and embraced me as a valued member of their community and a co-leader. Their commitment to scholarship and service was faith in action and it inspired me to join their ranks.

Yet, I know that most of my peers did not share my experience during their undergraduate years, and as a result, many of them are barely connected to Jewish life. As I embark on my journey to the rabbinate, I want to emulate the work of growing projects like Brooklyn Jews, The Kitchen, Riverway and Charm City Tribe that are fostering portable Jewish communities in New York City, San Francisco, Boston and Baltimore.

Additionally, there is no serious way to reach out to my generation unless Jewish leaders also confront the growing multiculturalism of our community from intermarried couples to friendship networks across faiths and cultures to children raised in mixed religious (or non-religious!) households. Friday night and Saturday are hot commodities that demand compelling opportunities to decompress after a draining workweek, while fostering this emerging diversity. This means creating welcoming environments wherever we nurture community.

If we want to attract the uninspired, we must liberate faith-based language from the grip of the political right. God-rhetoric woven into the platforms of extremists has alienated too many young people who never even enter our tents. We will never ingratiate ourselves with my generation if we surrender the brand of religiosity to those who contradict our values.

One of my peers on the GA panel made a compelling statement yesterday when he compared Jewish institutions to platypuses. “We know what they are,” he asserted, “but we don’t quite understand them.” The framework of American Jewish life is an “alphabet soup” of membership-based organizations that have little or no connection with the rising generation.

If the current leadership of the Jewish community wants its successors to harness the power of the Jewish establishment, they must reveal themselves to us in concrete ways.

Tell young Jews how you cultivate Jewish community. What resources are available for us to partner with you? How will you position us as future parents to educate our children Jewishly in an increasingly heterogeneous society?

Only when millennials can access the game-changing resources of our incredible infrastructure, will the boundless imagination of our generation unfurl. If you help us sow with vision, you will watch us reap in engagement.

Juliana Schnur is a rabbinical student at Hebrew Union College – Jewish Institute of Religion. She lives in Jerusalem.