A Worthy Leap of Faith 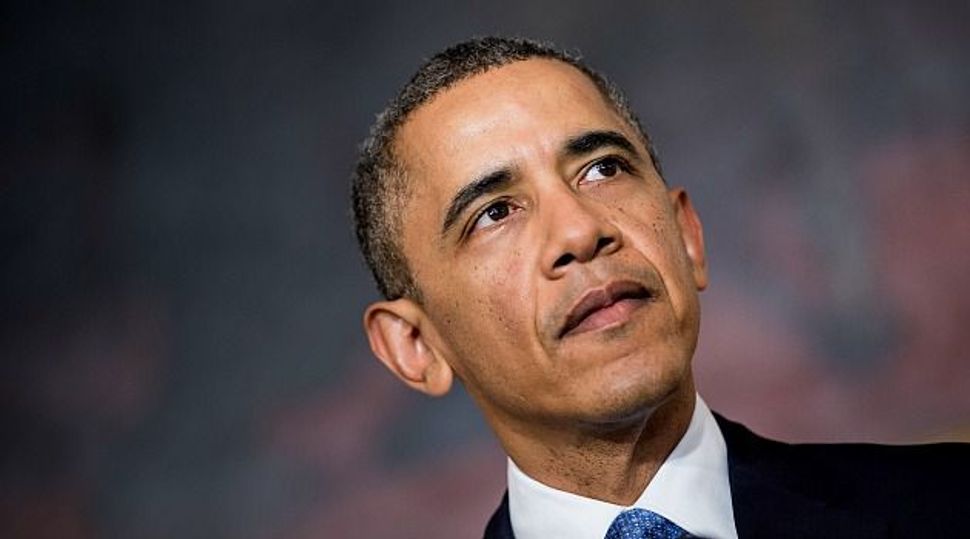 The interim agreement reached between the United States, five world powers and the Islamic Republic of Iran is not, as some commentators have said, a “historic deal.”

Nor, as Israeli Prime Minister Benjamin Netanyahu stated, is it a “historic mistake.”

Its historical significance will only be known in six months or, perhaps, six years. Instead, we view this agreement as a risky but positive first step step. There are some downsides to the U.S. and Israel, but only a modest amount, and they are more than offset by the easing of tensions between longtime antagonists, the opportunity for limited inspection of Iran’s nuclear facilities, and the possibility that a military response of highly questionable efficacy could be averted or, at least, delayed.

The official White House statement on the agreement is clear about what it is, and isn’t. Iran agreed to halt the progress of its nuclear program and roll it back in key respects – “the first meaningful limits that Iran has accepted on its nuclear program in close to a decade.”

Just as importantly, Iran agreed to allow the International Atomic Energy Agency broad access to the Natanz, Fordow and Arak nuclear facilities, although it fell short of permitting all the intrusive inspections that the IAEA said is needed to ensure that the nuclear program is, indeed, peaceful.

It may be that the tentative nature of these steps will simply delay the day of reckoning, and put the Obama administration in an even more fraught situation six months from now. What if the Iranians fulfill some aspects of the agreement, and not others? What if they bargain for more time?

Already we’ve seen this administration kick the proverbial can down the road when it comes to serous domestic issues like the debt ceiling and the federal budget. Will U.S.-Iranian diplomatic relations become a series of starts-and-stops all the while enrichment continues?

That possibility is a grave concern. But it is also possible that the interim agreement achieves what it is meant to do – build a modicum of trust between two bitter enemies while halting some of Iran’s most dangerous activities and setting the stage for a comprehensive pact that truly could safeguard the region.

It seems to us that the United States and the Western powers did not give up too much in return. The roughly $7 billion in sanctions relief is a fraction of the total economic punishment inflicted on Iran – the White House says that the vast majority of Iran’s $100 billion in foreign exchange holdings remain inaccessible or restricted by sanctions. Sanctions can be turned on as quickly as they can be turned off. It was unrealistic to imagine that the Iranians would sign any agreement without some relief; this amount seems appropriate but certainly not generous.

It’s no surprise that Netanyahu would find anything short of total capitulation on Iran’s part to be unacceptable. He’s living in a more dangerous neighborhood than America’s, and his default reaction is to favor threat over diplomacy on many fronts. His vehement reaction to this agreement is understandable and perhaps even desirable – it shows Iran that hardline sentiment will not be easily assuaged, and that more concessions will be more politically difficult if the six-month agreement isn’t met. A cynic could even conclude that Netanyahu and his allies in Congress are playing a necessary role in this high-stakes drama.

But there is also a risk that Israel will take its opposition too far. American Jews are far more likely than other Americans – never mind other Israelis – to support President Obama’s stance on Iran. The recent Pew Research Center survey (conducted before this agreement, of course) found that over half, 52%, of American Jews approved of the way that Obama was handling Iran. That percentage was consistent among all age groups, and only deviated when denomination was tallied, the Orthodox being much less supportive than Jews in more liberal denominations.

Those who advocate on behalf of American Jews must take such sentiments into account.

In the end, time will only tell whether this agreement was a wise leap of faith or a useless diversion. Considering what is at stake here and what may be missed if this opportunity isn’t grasped, we think this is a risk well worth taking. It may turn out to be a “historic mistake” but the odds are greater that it will lead to a historic breakthrough – confirmation that patient diplomacy backed up by economic punishment is the more successful alternative to military threats, even when dealing with one of the world’s most dangerous regimes.

A Worthy Leap of Faith