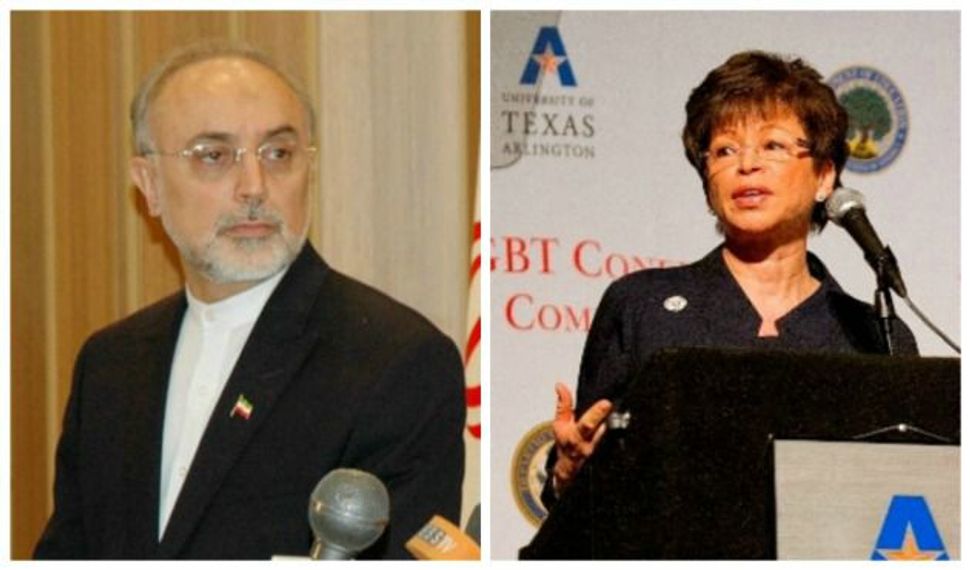 That bombshell Associated Press report on Sunday about the months of secret U.S.-Iranian talks that led up to the Geneva agreement has added whole new layers of mystery and intrigue, not to mention venom, to the news of the nuclear agreement itself.

What’s fascinating is how much isn’t being said. The story was first broken not by the AP but by Israeli investigative reporter Raviv Drucker in a Channel 10 TV News report on November 17, seven days before the AP story. According to Drucker, the secret talks began not in March 2013, as most outlets are reporting, but more than a year ago. And the American side was led not by relatively obscure mid-level officials but by President Obama’s close friend and top adviser Valerie Jarrett.

The White House at first flatly dismissed the entire report as “absolutely 100% false.” Then on November 24, hours after the Saturday night Geneva deal signing, it gave its version to the AP, which said it had caught wind of the talks in March but didn’t report them because it couldn’t confirm. The official version, the one now making the rounds, says Kerry was at the center of the process, which was led by his deputy William Burns and vice-presidential national security adviser Jake Sullivan. The talks took place mainly in Muscat, the capital of the Gulf emirate of Oman, and were brokered by Oman’s chief, Sultan Qaboos.

Mostly lost in all of those are two reports from the fall of 2012 that substantiate Drucker’s version. On October 20, 2012, New York Times national security reporters Helene Cooper and Mark Landler reported, citing “Obama administration officials,” that Washington and Tehran had “agreed in principle for the first time to one-on-one negotiations over Iran’s nuclear program.” Iran reportedly wanted to delay opening the talks until after the November 6 U.S. presidential election, so they’d “know with whom they would be negotiating.”

The next day, under two other reporters’ bylines, the Times reported that both Washington and Tehran were denying any such talks were going on.

Two weeks later, though, on November 5, Yediot Ahronot ran a story by its top military analyst, Alex Fishman, reporting that denials notwithstanding, the talks had been going on, the sides had agreed to open bilateral nuclear negotiations and the people doing the talking were Valerie Jarrett and Iran’s chief nuclear negotiator, Ali Akbar Salehi.

It’s worth pointing out that Alex Fishman and Raviv Drucker are two of Israel’s best-connected reporters on intelligence affairs. It seems likely that some element within the Israeli intelligence establishment wanted this to come out and decided to force the administration’s hand.

The reports have opened up whole new lines of right-wing attack on Obama and the deal. Jarrett was born in Iran in 1956 to American parents, a physician and an early-childhood educator, who were working at a teaching hospital in Shiraz built by a close ally of the U.S.-backed shah. Right-wing comments on her alleged role in the nuclear talks routinely refer to her as “Iranian-born”—and in more extreme versions, a “Muslim agent.”

There’s also the amusing sight of right-wingers, who have been savaging Obama over years for his propensity for multilateralism in place of Bush-style assertiveness in international affairs, now having vapors over his betrayal of allies by failing to involve them at every step along the way. Make up your minds, guys.