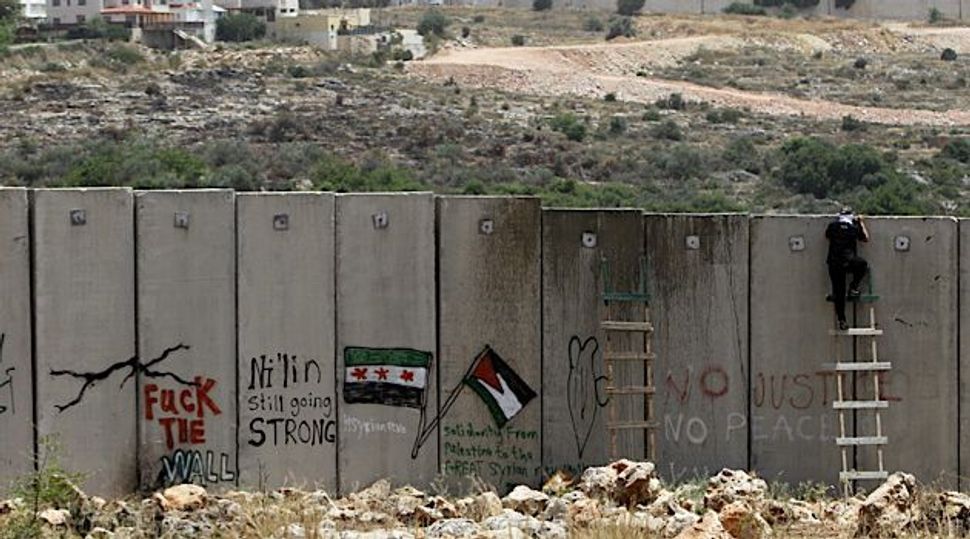 I recently interviewed Yehudah Glick for the Forward. He’s, an Israeli Jewish activist who went on a hunger strike after being banned from the Temple Mount.

While writing the introduction for the Q&A, I tried to dot all my i’s and cross my t’s, making sure to mention that the Haram al-Sharif (as the Temple Mount is known to Muslims) is administered by the Muslim Waqf. I explained that although Israeli law enshrines free access to religious sites, the Israeli police are given discretion to control that access, and also why the Waqf is wary of people like Glick, who want Jews to be able to worship on the Temple Mount.

I was pleased with myself for covering all bases—providing context and avoiding one-sided or loaded language. However, that feel good moment was short-lived, as I realized that I have probably been less careful when writing other pieces dealing with matters related to the Israeli-Palestinian conflict. One read through “Use With Care: A Reporter’s Glossary of Loaded Language in the Israeli-Palestinian Conflict” confirmed so.

The glossary, put out by the Vienna-based International Press Institute, is a useful tool and reminder to journalists to make sure they say what they mean and mean what they say. Although the guide aims for clarity, the identities of its authors have been obscured. Because of the political sensitivity of working together on this project, the six contributing Israeli and Palestinian journalists and media experts opted to remain anonymous.

There are many nuances behind common expressions associated with the Israeli-Palestinian conflict. Of course, partisan writers deliberately choose to use loaded language. But journalists aiming to be as even handed as possible would be advised to keep this 60-page booklet handy. This is especially so for foreign reporters who might not have spent a lot of time on the ground in the region, or followed the conflict closely over the decades.

For each expression, the glossary explains why it is viewed as problematic by one side or the other and provides alternatives where possible. As I expected, Temple Mount and Haram al-Sharif appear in the booklet. A reporter, especially a Jewish one, might automatically use of the expression “Friday prayers at the Temple Mount.” The guide recommends the use of “Friday prayers at al Aqsa Mosque” instead, as saying “Friday prayer at the Temple Mount” gives the impression that Muslims are praying at a Jewish site, even though it is also a holy site for Islam.

The value of the glossary is that it explains why various terms are offensive to either or both of the sides in the conflict. Israel, for instance, doesn’t like the delegitimization associated with being called “the enemy,” “the Zionist entity,” or “the government of Tel Aviv.” Along the same lines, IPI recommends going with “Jerusalem” (or “East Jerusalem” or “West Jerusalem” where specificity is called for) instead of the more loaded “Occupied Jerusalem.”

Palestinians want to be referred to as “Palestinian citizens” rather than “Palestinian residents.” The IPI guide points out, “While there is still no international consensus on the recognition of the state of Palestine, the Palestinian Authority confers on its people many aspects of citizenship…[Palestinians] believe the usage [of “Palestinian resident”] undermines the connection between the people and the land that they and their families come from.”

And what about “Palestine?” Since Palestine is a U.N. non-member observer state, the glossary recommends avoiding the term and instead using “West Bank” or “Palestinian Authority”—but not the “Territories,” which Palestinians take issue with.

The glossary also recommends that journalists stick with “West Bank,” a modern geographical area, and stay away from “Judea and Samaria,” which are biblical references connoting Jewish ownership of the land. It recommends this despite the fact that according to Israeli law, the West Bank is administrative Israeli territory to which the names Judea and Samaria have been given.

Israelis like to call the wall built by Israel to separate it from the Palestinian Authority in response to the Second Intifada as the “security wall.” The wall has, indeed, brought increased security to Israelis, but Palestinians don’t like that it implies that all Palestinians can be viewed as a security threat. Palestinians also see the wall as something that prevents their freedom of movement, and also as something that diverges from the Green Line, effectively annexing Palestinian areas to Israel. Some Palestinians call it an “Apartheid wall” (a term naturally highly offensive to most Israelis), but the glossary recommends journalists go for the more impartial “separation barrier.”

The list of disputed and distasteful (to one side or the other) terms goes on and on. It may seem overwhelming to try to get the language right all the time. You could take it as an exercise in political correctness gone wild. But if you read the guide through from cover to cover, you realize that all that’s needed is the application of a little common sense and an avoidance to rush to judgment.

Understanding the ever-changing facts on the ground in Israel and the Palestinian Authority (note that I did not write “Territories”) is a major headache for anyone. But for a reporter, there is the added challenge of trying to use neutral language to report those facts in a conflict where loaded language can be a powerful weapon in the arsenals of both sides.