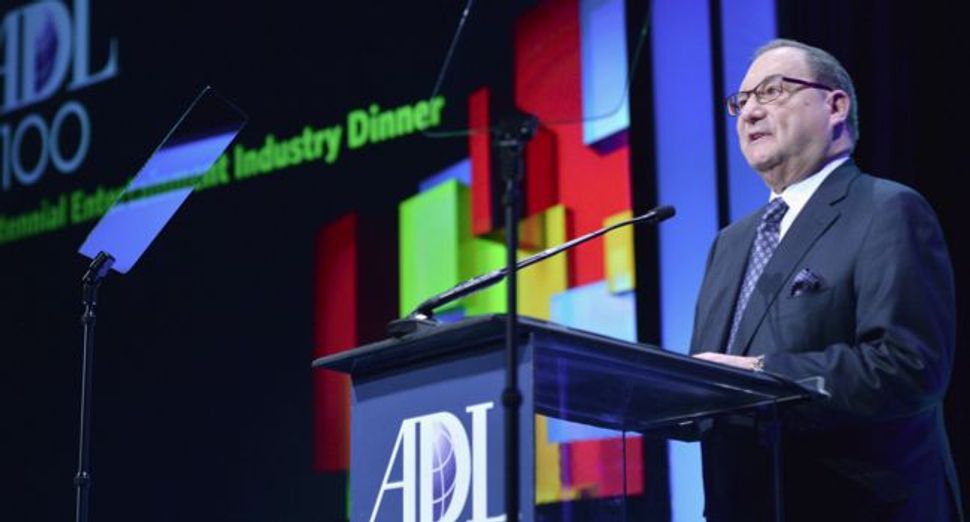 Old Guard?: Groups like Abraham Foxman?s ADL were not able to affect the outcome of nuclear talks. Image by Getty Images

The interim deal recently signed with Iran that would freeze its nuclear program in exchange for limited sanctions relief is not only a blow to Israeli Prime Minister Benjamin Netanyahu. It also exposes the weakness of prominent American Jewish leaders and their organizations, which lobbied the U.S. Senate to act on new sanctions against Iran — to no avail.

The failure of AIPAC, the American Jewish Committee and the Anti-Defamation League to derail the deal puts into question the vaunted power of the Jewish establishment. It also reflects mounting disunity among Jewish organizations and polarization in the American Jewish community.

Even as the leaders of the big three advocacy organizations called for new sanctions, pro-Israel groups on the left, including J Street and Americans for Peace Now, declared their support for the Obama administration’s plan. In a letter to followers, J Street director Jeremy Ben-Ami singled out AIPAC and the American Jewish Committee for criticism: “Jewish community leaders who have spent years beating the war drums against Iran… will have to demonstrate that they actually do seek a diplomatic resolution to the crisis.”

It is quite clear that these left-leaning organizations are no longer obscure challengers to the Jewish establishment. J Street, which was formed in 2007 to galvanize the American Jewish left, gained prominence this year as Israel resumed peace talks with the Palestinians. In October, Vice President Joe Biden delivered the keynote at the group’s policy conference; a clutch of Israeli Knesset members, including two from the governing coalition, also attended the event.

The Obama administration’s Iran policy is the latest issue to expose the deep divide between these two wings of the Israel lobby. In September, AIPAC mobilized its membership to support President Obama’s abortive effort to secure congressional approval of an attack on Syrian government forces; J Street demurred. In recent years, these pro-Israel factions have staked out opposing positions on a wide range of issues, including the expansion of West Bank settlements, Chuck Hagel’s nomination as secretary of defense and the Gaza war.

The divisions reflect sharpening polarization in the American Jewish community. The Pew Research Center’s landmark survey, “A Portrait of Jewish Americans,” released this past October, finds that 44% of American Jews believe that Jewish settlements in the West Bank hurt Israel’s security, compared to 46% that believe settlements help or make no difference. Forty-eight percent doubt the Israeli government is making a sincere effort to achieve a peace agreement with the Palestinians, compared to 38% that trust the government’s sincerity. Fifty-two percent approve of President Obama’s handling of the Iranian nuclear issue, compared to 35% that disapprove (the survey was conducted prior to the recent round of negotiations).

But contrary to what many observers have claimed, the sharpening polarization of American Jews does not reflect diminished attachment to Israel. The same Pew study reported that 87% feel that caring about Israel is an important or essential part of being Jewish, and 69% feel emotionally attached to Israel — the same proportion reported in the last major population survey carried out in 2000-01. Travel to Israel has increased substantially, especially among Jewish young adults.

But in the realm of philanthropy, as in the realm of political advocacy, coordination and unity have slipped. The United Jewish Appeal once exercised a near-monopoly on fundraising for Israel. Today, the successor campaigns of local Jewish federations handle only about 15% of American Jews’ donations to causes in Israel. The rest go directly to hundreds of Israeli nonprofit organizations operating in the fields of education, medicine, social welfare, arts and culture.

Many factors converged to shatter Jewish organizational unity in the political and philanthropic arenas. As Israel became polarized in the 1990s in response to the Oslo Peace Accords, politicians from rival political parties sought to rally their American Jewish supporters, a practice that has continued to the present. As the Israeli nonprofit sector grew, more organizations reached out directly to Diaspora Jewish donors. Increased travel and the digital revolution have brought American Jews into ever-greater contact with Israel, inspiring many to identify with particular charitable and political causes.

By supporting diverse political and philanthropic agendas, American Jews are expressing closer ties to Israel. They are also behaving like other contemporary diaspora groups that typically support competing homeland political parties and charities.

But the partisanship of American Jews comes at the price of political influence. As American Jews divide their support among rival and competing causes, their influence, in both Washington, D.C. and Israel will wane. The failure of the big establishment groups to stop the interim agreement with Iran — an agreement that Israel deemed dangerous — may be the first solid evidence of this new reality.

Theodore Sasson is author of the newly released book “The New American Zionism” (New York University Press). He is a professor of International and Global Studies at Middlebury College and a senior research scientist at the Cohen Center for Modern Jewish Studies at Brandeis University.