Jewish Exploitation of the Educated Underclass 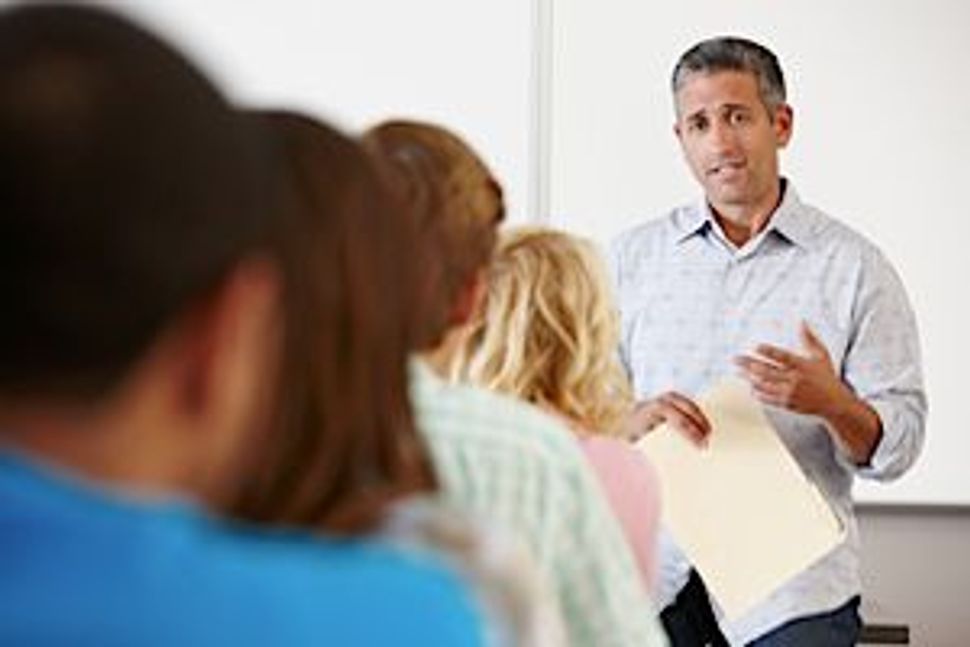 Right now Jewish academics in the U.S. are preoccupied with the American Studies Association’s boycott of Israel. But very few Jews in academia — or Jews in any position of moral authority — have spoken up about an academic scandal that has been quietly building for decades: the exploitation of adjunct instructors at American colleges and universities.

Think of adjunct instructors as highly educated temps. They can be fired at any time, for any reason, sometimes no reason at all. And the pay is horrendous. According to the Adjunct Project, the average is just under $3000 per class. So an instructor who teaches nine sections a year — say, four per term and one in the summer — earns $27,000. If a section is cancelled, an adjunct is plunged into poverty. I’ve been eligible for food stamps.

I wrote a fictionalized account of my time as an instructor in my recent novella Adjunctivitis. In it the lead character spends a lot of time worrying about his health, because as an adjunct, you can forget about health insurance. There’s been a lot of outrage lately because colleges are getting around paying for health insurance by insisting that adjuncts work fewer than 30 hours a week, as mandated by the Affordable Care Act. But in American higher education, this practice has been around for decades.

Wal-Mart uses such tactics to keep overhead low and prices down. You can’t say the same for academia. According to the Boston Globe, since 2003, the number of college administrators has increased by 57%, while the average tuition price shot up 70% — twice the inflation rate.

Meanwhile the use of adjuncts has grown dramatically, from 24% of American faculty in 1975 to 41% in 2009. At some colleges, it’s 70%. And with the fierce pressure on administrators to cut costs (except of course the president’s salary), we have every reason to assume that this upward trend will continue.

This is what makes the use of adjuncts in Jewish institutions particularly galling. Every Jewish college and university in America relies heavily on adjuncts, while claiming to transmit Jewish values.

“Contingent labor, per se, is not a problem,” said Rabbi Dr. Aryeh Cohen, who teaches Rabbinic literature at American Jewish University. “The criteria for ethical or unethical [in Judaism] is whether an employee can live in dignity, can support themselves and their dependents. It’s a serious problem to deny a person the opportunity to make a living.”

And yet, at Jewish colleges and universities, this is exactly what happens. A tenured professor at one university told me of an adjunct who hadn’t had a raise in decades. More common is the case of a former adjunct, who told me that he “eked out an existence” by teaching at three colleges — one Jewish, one secular and one Catholic.

The dean of any institution, Jewish or otherwise, will claim institutional poverty. They’re not lying: usually there isn’t the money to pay more or provide benefits. However, because wealthy people like to see their names on buildings, many Jewish colleges are expanding. So why not, when fundraising, include instructors’ salaries in the ask? And maybe fire some administrators and cap the president’s salary (although I doubt that either will happen).

I’m not arguing that every adjunct should be made tenured faculty. I’m saying that there must be ways of providing a more secure environment for adjuncts. And I’m saying that Jewish colleges and universities should take the lead on this, both to serve as an example to the nation and to stop perpetrating a grave injustice.

The exploitation of adjuncts is a shameful practice, and American Jews should have no part in it.

Jewish Exploitation of the Educated Underclass