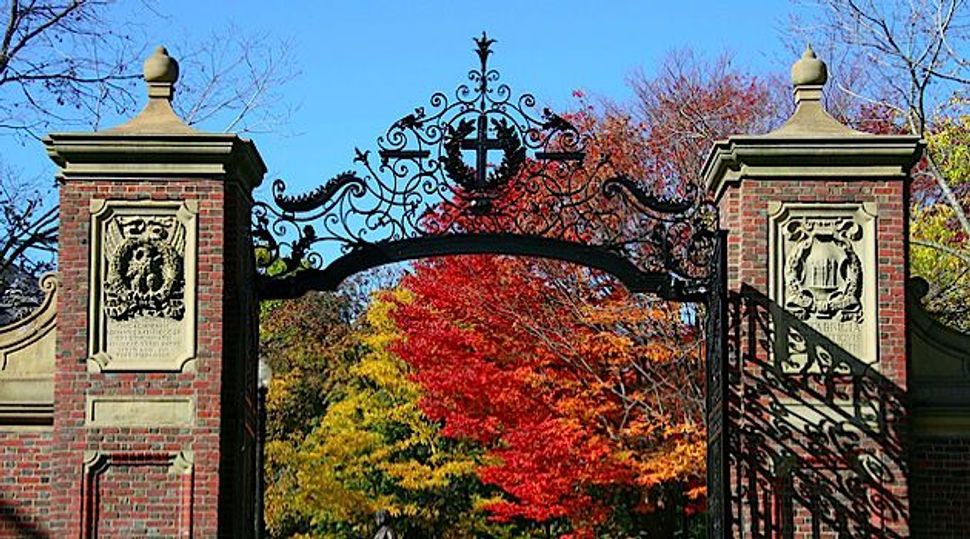 Harvard being Harvard, and Hillel being Hillel, it catches an editor’s attention when the executive director of Hillel at Harvard sends out an email blast publicly accusing the Forward of printing an untruth; especially when he does so without the courtesy of telling us or others what that untruth might be — despite our having asked.

In this case, my concern is exacerbated by the fact that the charge is flat out wrong.

It was on Friday, December 13 — as we at the Forward were still waiting to hear back from him after an initial exchange — that Harvard Hillel’s executive director, Rabbi Jonah Steinberg, sent out his email blast to the Hillel center’s thousands of members and supporters.

A recent article in the Jewish Daily Forward, suggesting that the former speaker of the Knesset and past head of the World Zionist Organization, Abraham Burg, was banned from speaking under Harvard Hillel’s roof during his recent visit to Harvard University, was factually incorrect.

I only became aware of Steinberg’s email when a recipient forwarded it to us several hours after it went out. I was quite surprised. Just three days earlier, Rabbi Steinberg had called us to make the same accusation and to demand a correction on a story we had published on December 9. That story dealt in part with a ban promulgated by Hillel International, Harvard Hillel’s parent body, on any involvement in Hillel programming by certain kinds of groups and individuals considered hostile to Israel.

The passage Steinberg objected to in our story stated that Swarthmore College Hillel, in recently voting to defy Hillel International’s ban, had cited as one of its catalysts “a recent decision by the Hillel center at Harvard University to bar Abraham Burg, a former speaker of the Israeli Knesset and Jewish Agency chairman, from speaking under its roof as an immediate cause for its decision. The Harvard Hillel center objected to the fact that Burg’s talk was cosponsored by Harvard College’s Palestinian Solidarity Committee.”

On receiving news of Steinberg’s phone call, I emailed him straight back asking to know what, specifically, was incorrect about this information. The Swarthmore Hillel board had, indisputably, referred to the Harvard episode as one of its catalysts in deciding to toss out Hillel International’s rules. And the episode at Harvard itself had been widely reported at the time. In a November 26 article in the Harvard Crimson, Harvard Hillel Undergraduate President David F. Sackstein was quoted saying, “[It] was agreed upon in advance that this wouldn’t occur at Hillel, in compliance with these organizations’ interpretation of Harvard Hillel’s policy.”

In my email to Steinberg, after reviewing the basics of the incident as it had been reported, I cut and pasted the disputed lines from our story and asked: “Can you specify in what respect this passage is incorrect?”

And then I waited.

But we never received a reply — until we got news of Steinberg’s public email blast to Harvard Hillel’s members and supporters reiterating the very charge that he had declined to support with us.

In actual fact, two paragraphs after condemning our report as inaccurate Steinberg’s email blast confirmed it: After noting that Harvard Hillel had sponsored a talk by Burg at a closed, invitation-only dinner during his campus visit, Steinberg wrote: “Harvard Hillel did decline to co-sponsor a subsequent talk by Mr. Burg, which was held elsewhere on campus, because that particular event was sponsored in part by the Palestine Solidarity Committee, which campaigns for Harvard and the U.S. to divest from and to boycott and sanction Israel (BDS).”

The nonpublic event, of course, was not the one that Swarthmore Hillel referred to, nor, as a consequence, the one we mentioned.

Would Harvard Hillel consider publishing an apology and a correction to its email blast?