Why Christmas Is America’s Storybook Holiday for All 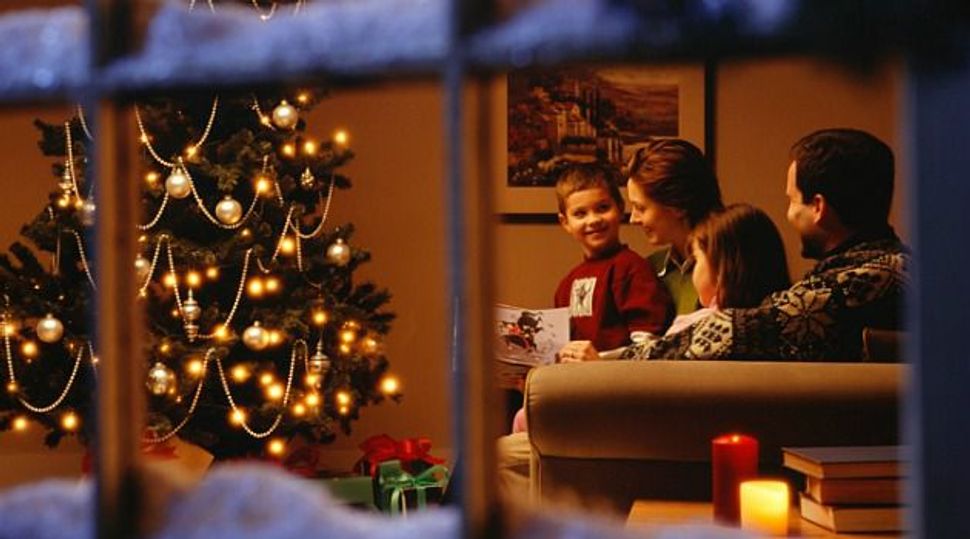 Growing up, my family’s Jewish identity was rooted more in what we didn’t do rather than what we did.

Keep kosher. Not so much. Observe the Sabbath? Nominally. Regularly attend synagogue? Once a month at best.

But boy were we proud, even eager, to abstain from anything and everything that we considered goyish. These included, among many, many other things, pork, hunting, skiing, doing-it-yourself, glasses of milk, glasses of scotch and, the holy of holies, celebrating Christmas.

“Jews don’t celebrate Christmas,” my mother would say, quickly and firmly, when one of her young children would ask why we don’t put up lights or decorate a tree. In our house, not celebrating Christmas was worth more than all the days of fasting, all of the electricity-free Shabbats, and all the fastidious separation of milk and meat. There was, simply, no more powerful or poetic gesture to declare one’s Jewishness.

And yet, Christmas, sweet Christmas. America’s storybook holiday. The soft, twinkling lights, the joyous music, the placement of a real, live delicately fragrant tree in the center of one’s living room, and then the placement of numerous elegantly wrapped presents around that stately, adorned tree. What child could resist such a thing?

Growing up I was at peace with the fact that Christmas wasn’t ours to celebrate. But this doesn’t mean that I didn’t aggrandize it into some bacchanalian rite, an evening that, surely, bestows upon its participants a joy so boundless and a hope so soul-nourishing that the uninitiated could never understand. Because if it wasn’t exactly that, how can they justify all that hype?

And then at age 16, year 1995, I celebrated Christmas at the home of my first real boyfriend.

It was, without a doubt, an elegant, charming, even heartwarming, day. We ate, we sang, and we exchanged presents next to the delicately fragrant tree. Later we drove 30 minutes along Pacific Coast Highway to share a meal with his extended family. His Japanese grandmother serve rice balls and later everyone collected into one room for the annual bingo game.

What I witnessed, ladies and gentleman, was a holiday. Nothing more, nothing less.

The magic of Christmas, I discovered, was the same as the magic of any other holiday; its mystical powers limited to whatever good food, togetherness and brief suspension of logic and ordinariness the day can produce.

The celebration of Christmas, mostly of its material accoutrements rather than its spiritual practices (few Jewish or Jew-ish people are in it for baby Jesus), has long been a symbolic battlefield for Jews. A house with a mezuzah and a string of lights around the widows is a communal failure, another family lost to that mighty tide of assimilation.

Having been to the other side and back, I am here to say that I don’t think we should be this afraid. Christmas will not be our downfall. Centuries of our rich intellectual and ethical tradition will not be undone by catchy tunes and flickering pine-trees. Christmas is just not that good.

According to the recent Pew study, 32% of American Jews have a Christmas tree. Considering that the study also told us that less than one-fifth of Jews think that observing Jewish law is an essential part of being Jewish, the fact that this many Jews have a tree can only be connected to the larger existential crisis we are going through these days.

As I see it, we have two choices: we can continue to fight against Christmas, or we can work on making our holidays more exciting and more fulfilling for our families and friends. I suggest the latter.

This doesn’t mean more presents and peppier music. Instead, I am talking about committing ourselves more deeply to holidays like Rosh Hashanah, Passover, Purim and Sukkot. All of these days offer us rich opportunities for togetherness and joy, and also a form of renewal that Christmas, for those who don’t observe it religiously at least, lack.

A lot of the blame about the decline of observant Jews as reported by the PEW study was placed on our institutions – the synagogues, foundations, community centers and schools that are supposed to protect and nourish us as a community. But this whole battle Christmas not by fretting about trees but rather by making our holidays more impactful thing that I am suggesting? Well, that one is one us.

We are the ones who can open up our homes to more friends, pitch in for airline tickets for family members who live far away, cook one more traditional dish, guide one another in meaningful songs and prayer, and tell our children the colorful stories of our history as a people. We can commit to our traditions like they have committed to theirs.

I now celebrate Christmas every year. Don’t worry, don’t worry, not in my home. We do it at my half-Jewish husband’s parent’s place. Their Christmases are heartfelt and earnest.

There are lots of presents, sure, but there are also my mother-in-laws tins upon tins filled with Danish cookies and a house full of three generations eating meals together and sharing stories next to a delicately fragrant, twinkling tree.

Sure, its goyishe. And, well, I love it.

In a few years my son will be old enough to start getting excited for our annual Christmas trips to my in-laws. He will, I have no doubt, find great delight in the sugar, the sounds and the packages under the tree.

It’s up to me to make sure that I offer him something equally compelling from our traditions too. And, if I do it right, it might be more life-altering than even the bacchanalian Christmas of my youthful fantasies.

Why Christmas Is America’s Storybook Holiday for All