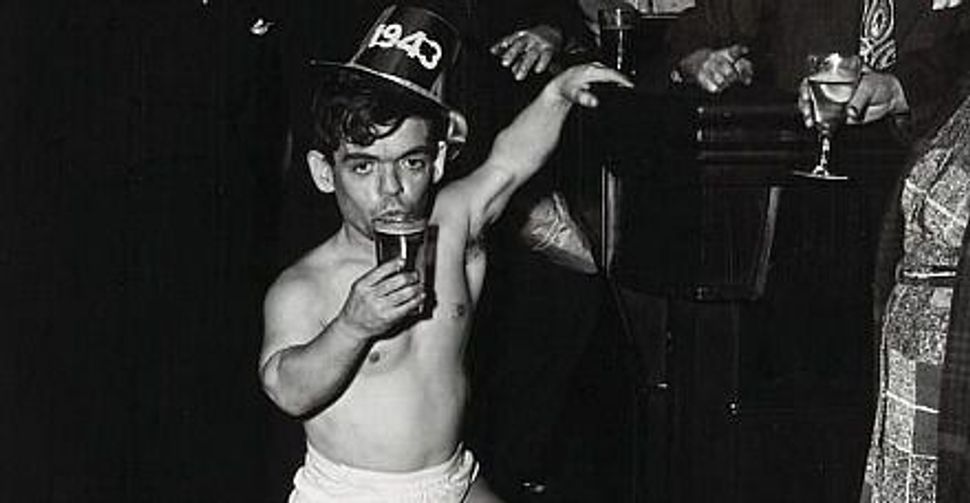 Ever attend an awkward New Year’s Eve party? Probably can’t top this one.

Here’s a picture taken by Weegee, the famed tabloid Jewish photographer, born Arthur Fellig, at a 1943 New Year’s Eve party 71 years ago. The photo was snapped at Sammy Bowery Follies, described by National Geographic as an “alcoholic haven,” where the uptown rich would reportedly meet with and gawk at the needy to learn some about New York’s underbelly. Seems like that’s probably what is happening here.

The photo is aptly called “the Bowery Cherub,” and apparently sold for $5,400.