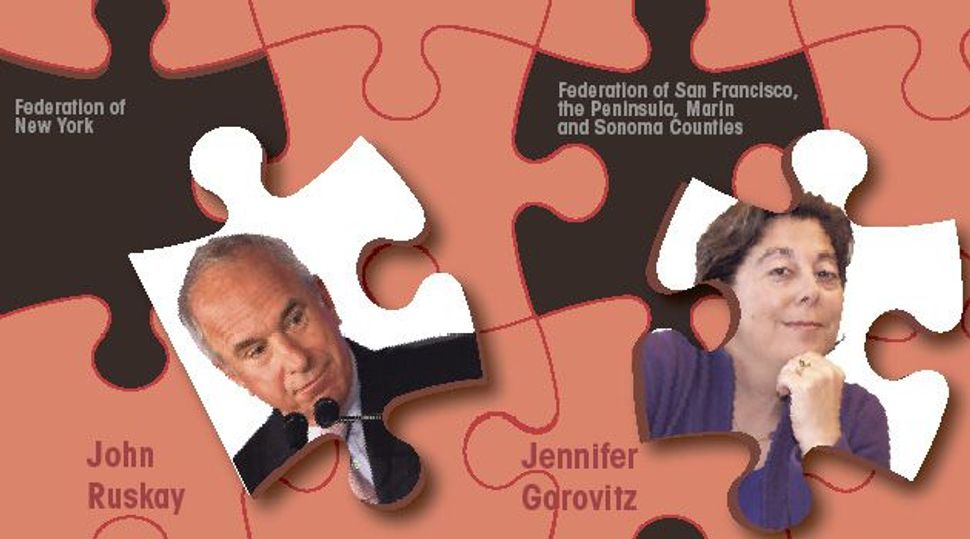 It is still surprising — funny, even — that a people that has survived and thrived through millennia filled with cataclysms can still find itself debilitated by anxiety about its future, and especially by such concerns as banal as, say, the impending retirement of the generation of baby boomer CEOs running Jewish organizations.

This past year seemed to have been a big one for this kind of anxiety, as well as pessimism about the passage of time. It is as though the great equilibrium between understanding the past and mapping the future — the secret sauce that has enabled Judaism to evolve dramatically while preserving a sense of continuity — went off-kilter.

And there were some good reasons for this anxiety: financial improprieties and scandals in organizational life, the usual changing of the guard, and some institutions clearly dealing with the fallout of outliving their natural lives.

But among this year’s losses was also the passing of two titans, David Hartman and Edgar Bronfman, whose shared legacy provides us with some guidance. Different in so many ways, what they shared in common was a deep belief in young people, and an optimistic willingness to invest in them, empower them, and to let them become co-creators in a Jewish future that would be necessarily different from the one they inherited.

Jewish anxiety — one of our cottage industries — will probably not go anywhere soon; but perhaps it can become more productive, and translate less directly into pessimism for the Jewish future. How great would it be if 2014 became the year of our remembering that we know how to do this, and our getting back to the “preserving while innovating” business that makes Judaism go round?

Yehuda Kurtzer is president of the Shalom Hartman Institute of North America, and the author of “Shuva: The Future of the Jewish Past.”