Who Will Show Up To Mourn Ariel Sharon? 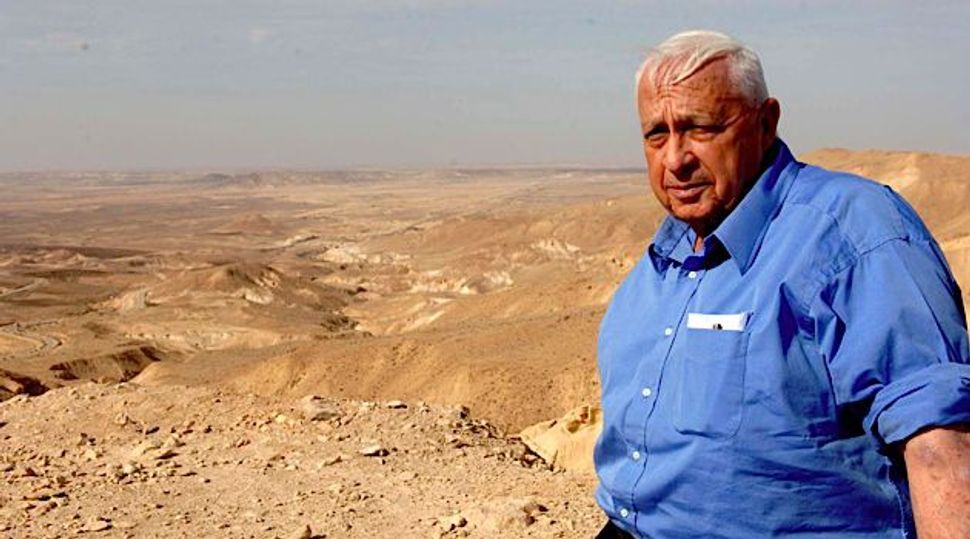 A life-size art installation of Ariel Sharon is displayed in 2010 in Tel Aviv. / Getty Images

Ariel Sharon, the 11th Prime Minister of Israel, has died, and arrangements are being made for his funeral. The question that looms large now is who will watch him reach his final resting place and who won’t.

Sharon’s term as prime minister ended suddenly on January 4, 2006, when he suffered a hemorrhagic stroke that put him in a coma. Sharon’s reputation was at a high — months earlier he had taken what many world leaders considered a bold step, in the form of the unilateral withdrawal from Gaza. He was the staunch rightist who made the most significant concession of recent years, bolting Likud and setting up a new party, Kadima.

It’s almost certain that had he died back then, the world’s great and good would have flocked to Israel to pay respects to an incumbent prime minister — one of significant note.

But, of course, while Sharon’s life has stood still, Israel hasn’t. The Gaza disengagement hasn’t paved the way for the kind of follow-up territorial withdrawals that many hoped to see. Some Israelis still think the disengagement was important, while many others see it as a failed move that brought terror. Sharon’s Kadima party has all but fizzled out.

And so one wonders, in these moments straight after the death announcement from Tel Aviv, how he will be mourned internationally. Will the world leaders decide that the fitting way to commemorate a man who has spent so long in a coma is to turn their clocks back eight years — to honor him according to who he was when he suddenly lost consciousness? Or will they be more inclined to mourn him as a leader from a previous decade whose legacy is questionable?

Certainly statements of condolence will be plentiful and positive in tone, but the real reaction will only become clear in the coming hours when we see who will show full respects by heading to Israel and who will be sending deputies, envoys and representatives.

Who Will Show Up To Mourn Ariel Sharon?