The Sharon They Loved, the Sharon We Hated 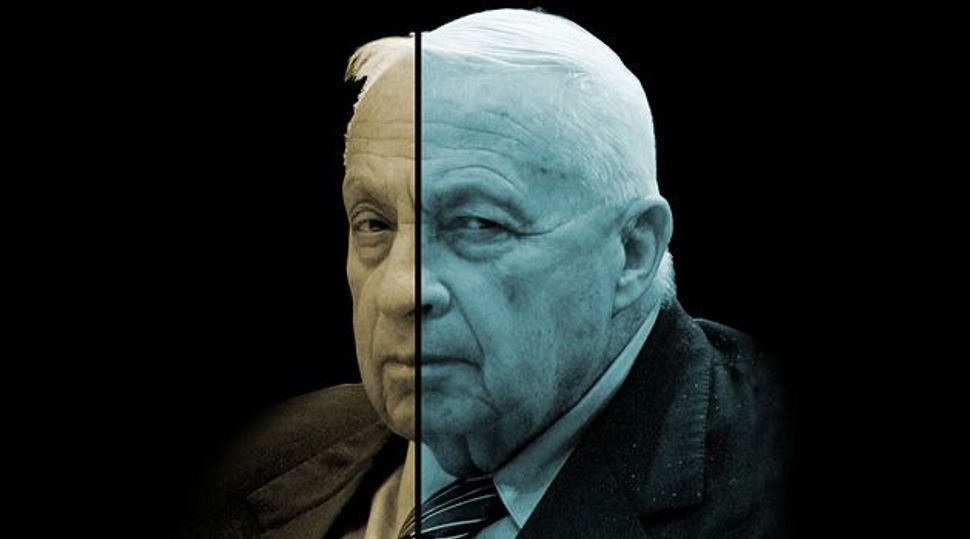 Ariel Sharon in death, as in life, presents a challenge for us.

By advocating a bold, self-asserting Jewish settlement movement, with or without a peace agreement, Sharon shattered the image of Israel as a country that places the achievement of peace with its neighbors above all other national goals. This triggered a long-term rift with Diaspora Jewry, especially in the United States, where the cause of peace had become the core not only of Jewish Zionism, but even of Judaism itself.

For the Jews of Israel, however, Sharon represented an ideal no less impressive — even vital for the survival and success of the country they had shed so much blood to build. He represented independence, in its deepest sense.

Deep down inside, Israelis still see their own national survival as somehow miraculous, defying the laws of gravity. And that survival is owed to a founding generation of larger-than-life figures — David Ben-Gurion, Golda Meir, Moshe Dayan, Menachem Begin — who created something from nothing, saw possibility through a veil of blood and devastation, acted boldly and in defiance of international demands, and handed a whole country to the next generation on a platter.

Of those founders, the only two who remained active a decade ago were Sharon and Shimon Peres, archrivals in politics until, in 2005, they joined together under the banner of Sharon’s new Kadima party, for the purpose of unilaterally withdrawing from Gaza. The move, known as “disengagement,” was a stroke of political genius, embodying everything desired by the newly emergent Israeli center: the bold, security-minded unilateralism of the right, combined with the territorial sacrifice of the left.

There would be no presumption of peace this time — disengagement was, if nothing else, a glaring repudiation of the Oslo Accords — but there could be a reversal of the vilified settlement movement nonetheless.

I visited Kfar Darom, the largest settlement in Gaza, on Independence Day 2005, just a few months before it became rubble. I had spent much of my adult life supporting the settlements, but by that point, Kfar Darom had become a magnet for the movement’s most outlandish fruitcakes. The folks who had taken over the town in the months before disengagement were old-fashioned messianists, radicals with bullhorns in their beards and demonic sunshine in their eyes.

I knew they were but a sliver of the settlement movement, but I also knew that their refusal to grant the world some nuance, their divine arrogance, had taken the entire idea of settlement outside the borders not just of geographical Israel, but of cultural and political Israel, as well.

So when Sharon, so long the movement’s most potent advocate, decided to drive a stake into their hearts, a clear majority of Israelis supported him.

Today, thousands of rockets and many lost lives later, a clear majority thinks disengagement was a mistake.

It doesn’t matter, really. What counts is that Israel, led by Sharon, took action in a situation that seemed impossible, where most Israelis had felt a sense of collective impotence and defeat for a generation. Through disengagement, Sharon told Israel that independence — the freedom to live and act without asking the permission of the powers of the world — was still possible.

Israeli politicians, it seems, must have a final act in which they turn the tables on all expectations, showing that the Jew is never at home unless he is defiantly reinventing himself, no matter how late the hour. The hesitant and shtetl-evoking Levi Eshkol led his country in 1967 to the boldest, most stunning military victory in modern history. Begin made peace with Egypt; Yitzhak Shamir initiated the Madrid peace conference; Yitzhak Rabin signed the Oslo Accords after a career of “breaking the arms and legs” of Palestinian terrorists.

And Shimon Peres has abandoned his post as the nation’s most divisive peace advocate to spend the past decade as its greatest unifier, saving the presidency itself and, with it, an important piece of Israel’s self-image. It is almost as though the Israeli politician’s old age triggers a need to prove that his inner soul is still vibrant, that the creative fire has not gone out. That he is as eternally young as the nation he represents.

Sharon, too, needed a last act, and the disengagement from Gaza, along with the dramatic political realignment it necessitated, was it.

Israelis came to revere him in his final years. But it has been harder for Diaspora Jews.

It is infuriating to love someone unpredictable. Israel as a whole has become, for many American Jews, a “high-maintenance” lover: forever insecure, forever impassioned, forever reinventing and on the move. And yet we do not let go, because we know that in such people are the potentialities of humanity forever on display. We need them to remind us who we can be, even when such a reminder is the last thing we want.

Supporters of Israel who have spent so many years reacting emotionally to the tectonic shifts in Israeli politics — detesting Sharon, being embarrassed by Avigdor Lieberman, loathing Benjamin Netanyahu, wishing only that Golda and Rabin and Peres were still running the country — have always preferred a flattened image to a more complicated truth. They presume their ideology should trump the actual experiences of a nation, and they have never given proper credit to the inner Israeli soul that refuses under any circumstances to give up on itself, that fights until death for the right to just live, that will always choose a contentious reality over a peaceable illusion, that will never, ever place the world’s callow and fickle morals above its own truth.

As a politician, Ariel Sharon swerved and maneuvered, at times blunt and at others masterfully deft, never fearing the small or great gambit in order to keep the advantage to himself. He did not care about the stereotyped images, the caricatures that distorted him across Europe and in the hearts of Diaspora Jews. He was not always right, but he never projected weakness of spirit.

In this, he captured an important part of what Israel is really about. And what too many of us, living at a comfortable distance, still can’t handle.

David Hazony is the editor of The Tower Magazine and is a contributing editor to the Forward.

The Sharon They Loved, the Sharon We Hated