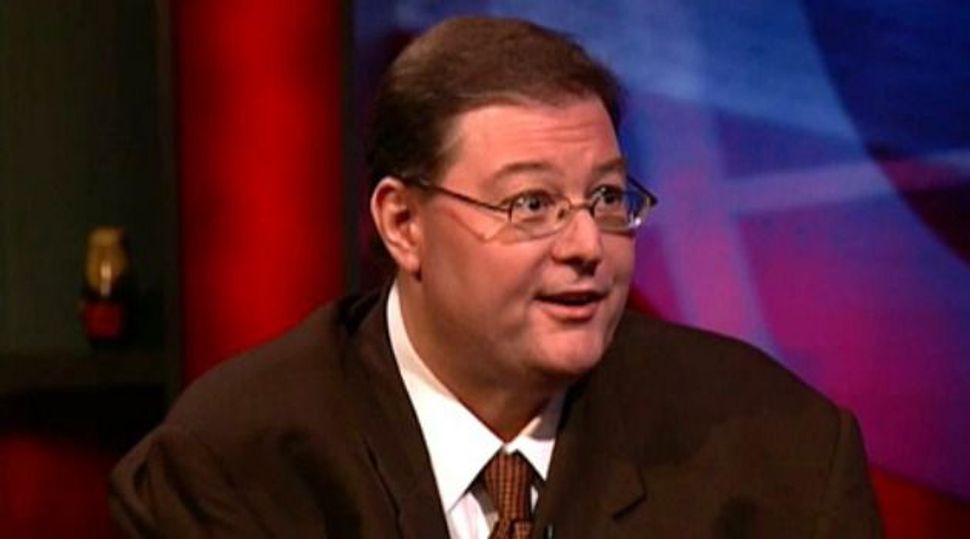 The disappearance of Caleb Jacoby — who was found, thankfully, safe and sound in New York last night — brought out the best in many people in the Jewish (and general) blogosphere and Twittersphere. And it brought out the worst in others. As the news that Caleb had been found hit social media, people shed the self-restraint they’d been exercising while the boy was still missing, and ignited fresh Twitter wars.

Mira Sucharov noted in these pages a couple of days ago that journalists, bloggers and tweeters had united in an effort to publicize the search for the missing boy. She also calmly noted that Hussein Ibish, a senior fellow at the American Task Force on Palestine, “perhaps took the low road” when he tweeted about Caleb’s father Jeff Jacoby, the conservative Boston Globe columnist: “Jeff Jacoby is a hateful fanatic, but I very much hope his son is quickly found safe and sound.” After many people took Ibish to task online, he apologized, acknowledging that his initial tweet was “uncivil and unnecessary” as well as inappropriately timed, since now was not the moment to be airing his political differences with Jacoby, Sr.

I think those who’ve calmly pointed out that there was a degree of incivility in my first tweet are correct, and for that I do apologize.

But that apology — which was brought about, it’s worth noting, by calm interventions delivered in reasonable tones — didn’t stop the blogosphere and Twittersphere from continuing to hurl invective at him. It was the kind of invective that’s so offensive and ridiculously over-the-top that it makes the people meting it out look way worse than the person on the receiving end.

Take Pamela Geller, queen of Islamophobic subway ads, who jokingly suggested on Twitter that there was “real fear out there” that Ibish had eaten the missing boy. In a blog post, she wrote that Ibish is “a savage” and “a vicious anti-Semitic predator” who is guilty of “going in for the kill” with “Islamic Jew-hatred” and “Jew-bashing and defamation.” Because, obviously, an admittedly ill-timed tweet about a columnist’s political views is tantamount to anti-Semitism.

Since I’ve come to expect this from Geller, I wasn’t as struck by her diatribe as I was by the apparently Jewish tweeter who called Ibish by the name of Amalek — a reference to the ancient nation that Jews are commanded, in the Bible, to wipe out completely. The biblical passage warns that every Amalekite must be killed: men, women, children and even livestock. Nowadays, it’s impossible to know who among us is descended from Amalekites, but that hasn’t stopped Jews over the centuries from attaching this epithet to various perceived enemies — Haman, Hitler, Ahmadinejad and, of course, Palestinians.

@PatriotForYou I think @Ibishblog is simply being true to his amalek form. he’s not a man of peace. @BenCohenOpinion @Sam_Schulman

It’s also a known fact that calling people Amalek isn’t just hurtful name-calling or incitement to hatred (though it’s definitely those things, too); it actually has a history of authorizing violence against the people so named.

For this reason, the Jewish community should be extremely wary of using this kind of term, online and offline. In fact, I’d suggest this is how Jews should interpret the biblical command to “blot out the name of Amalek from under heaven.” Instead of taking these words as instructions to deal blows — whether physical or verbal — we should take them as a reminder that human beings here on Earth (“under heaven”) aren’t capable of telling who’s an Amalekite and who isn’t, so we should quit using the name “Amalek” altogether.

It’s not just bad for the people who have the misfortune of being tarred with this particular brush. As the recent dustup over Ibish and Jacoby shows, it also makes the Jewish community look hateful and nigh on insane. It is, in short, bad for the Jews.