Sharon’s Legacies — in Life and Death 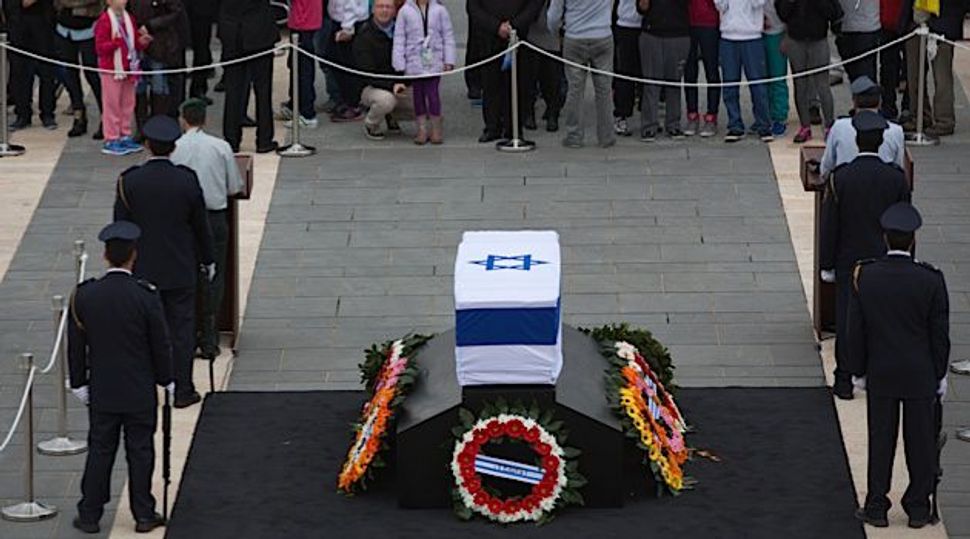 I was saying kaddish for my mother when Ariel Sharon was felled by a stroke in January 2006. To me, Sharon was a complicated, divisive figure, whose attitude towards Palestinians left me so disgusted that I once walked out on a speech he gave. I remained skeptical of his political conversion and concerned about the consequences of unilateral disengagement.

But he was the Israeli prime minister. I am a Jew. I should pray for him, right?

So when I went to minyan every day to recite the mourner’s prayer, I silently included his name in the prayer for healing. As the days stretched into months, I wondered why I continued this ritual. Since I doubt the medical efficacy of intercessional prayer, I didn’t expect Sharon to suddenly awaken from his vegetative state because I was whispering his name thousands of miles away. I looked to that prayer for spiritual sustenance, to help ease the way even for someone whose path is irreversible.

But there was no path for him. He was gone, despite the insistent efforts of his sons to keep him alive at all costs.

This, too, is Ariel Sharon’s legacy. His death on January 11 has prompted all manner of commentary on his military, political, diplomatic and strategic accomplishments and failures — how he lived. But coming as it did eight full years after his stroke, I hope it also prompts discussion about how he died.

I don’t mean a strict cost-benefit analysis. Haaretz reported that Israel spent nearly half a million dollars a year on his care, mostly in a long-term care unit at Sheba Medical Center, where he had a private room, a private nurse, and round-the-clock security.

That expenditure might have been worth it had there been a prospect of recovery. But while Sharon was breathing on his own, he was artificially being kept alive in other ways, with nary a change in condition year after year.

We don’t know if this was his wish, or the longing of his sons to follow their interpretation of Jewish law that places a premium on survival above all. There are many other expressions of Jewish law and tradition that arrive at dramatically different conclusions.

Sharon was 77 when he collapsed and went into a coma, and he evidently had a minor stroke a month earlier. Did he have a living will? He had faced mortal danger many times in combat, but had he thought about how he wanted to die in peace? Did he share those thoughts with his family? Did his sons ever ask?

I’ll be forever grateful that my parents let us know what they wanted, and in time to impact the decisions my sister and I were forced to make about their care as death approached. When my mother stopped eating years after Alzheimer’s Disease had already ravaged her mind, we knew that she wanted her body to leave us without fuss or heroics, and she was able to die peacefully in her own bed, surrounded by family, unencumbered.

Signing the hospice papers for my father a year later was one of the most difficult things I’ve ever done, but I knew it was what he wanted, too. I carried those papers and his advanced directive with me for weeks until he also decided it was time to go, in his own bed, with his children right there as his suffering finally abated.

I don’t know how the Sharon sons were able to stare at their shell of a father year after year, when it was clear that there was no chance he would awaken to be anything resembling the man he was. The years when my mother couldn’t recognize me were hard enough, but at least there was a person there to touch, care for, respond to, hug. Seeing her or my father lying unresponsive for so long would have driven me mad.

Ironically, keeping Sharon alive for all these years has made his death seem less impactful and more distant. Old news. The complex, pugnacious, pragmatic leader has long been eclipsed by the fuzzy image of a man lying unconscious and forgotten as the world around him lurched forward. May his legacy also be to recognize that there are other ways to die.

Jane Eisner is editor-in-chief of the Forward.

Sharon’s Legacies — in Life and Death