Alan Webber Wants To Be Governor of New Mexico 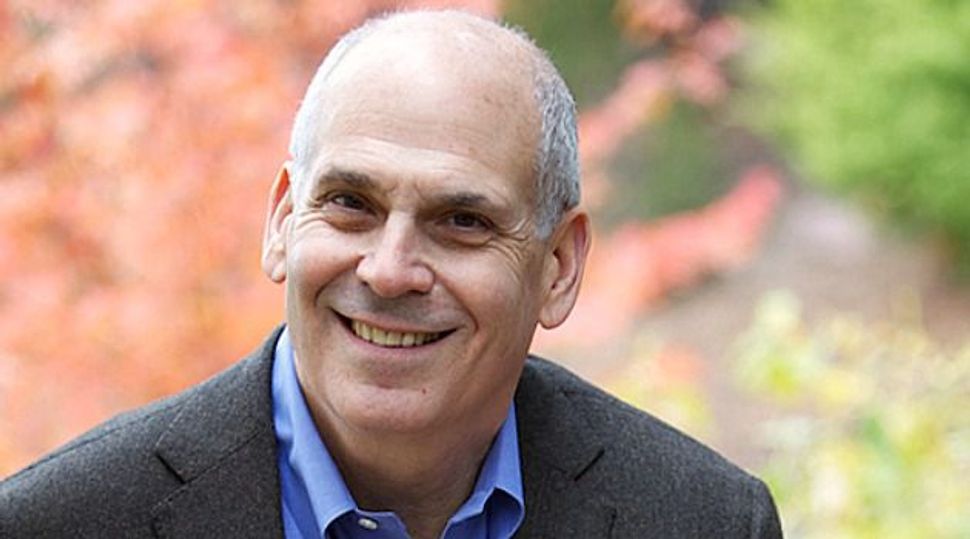 In 1996, Alan Webber launched Fast Company magazine as a hybrid of “Rolling Stone and The Wall Street Journal.” The same energy hovers around his recently announced run for Governor of New Mexico. A Tweet kicked off the campaign; a few days later, Webber confirmed the run with a simple “Yeah” in a Santa Fe newspaper. But Webber’s laid-back style is grounded in heavyweight credentials. Along with his leadership roles at the Harvard Business Review and Fast Company, Webber’s authored four bestselling business books, and he’s been vocal about public policy on opinion pages. His own government experience includes multiple roles in Portland’s city government in the 1970s, and he served under the U.S. Secretary of Transportation Neil Goldschmidt later that decade. A Boston transplant who settled in New Mexico in 2003, Webber caught up with the Forward from Santa Fe about his campaign.

You sold Fast Company magazine for a record sum in 2000. Why shake things up now with a very demanding run for Governor?

We’re all called upon to make a contribution in our lives. New Mexico has so many riches and possibilities. We are one of the most culturally diverse states in America. We have the oldest state capitol in America. We have some of the most talented artists and craftspeople in America. Our land is spectacular, our climate is unsurpassed, our natural resources are bountiful. But without leadership, we’re not making life better for our people. I can’t stand idly by and watch New Mexico’s way of life be destroyed by Susana Martinez. I believe that we all should do what we can to make the world a better place. And there’s no better place to start than here at home.

You’re running as a self-proclaimed progressive Democrat. New Mexico’s wavered between Democrats and Republicans in recent years. How do you think a progressive platform will play?

What kind of Jewish upbringing did you have?

My father was raised in a Conservative-Orthodox home and my mother came from a Reform home. They compromised and my brother and I were raised in a Reform home. I went to religious school in St. Louis at a Reform synagogue where the emphasis was more on Jewish history, values, and traditions than on learning Hebrew. At home we observed the Sabbath, and my father, in particular, imparted the lessons of the Torah through family discussions and regular attendance at the synagogue.

Do you think Jews in New Mexico vote in a bloc? And how important is New Mexico’s Jewish vote to the campaign?

I haven’t seen Jews in New Mexico vote as a bloc. That said, as is often the case in many parts of America, Jews here are active citizens, contributing ideas, energy, service, and money to make communities better. The Jewish presence in New Mexico goes back a long way and exists in the history books as a record of helpfulness to all New Mexicans of all religions and cultures and participation in all facets of life.

Your bio describes you as “an expert on change and innovation in the knowledge economy.” What’s the biggest change New Mexico needs?

Today, New Mexico ranks almost last in new jobs created and dead last for overall child wellbeing. Nearly 20% of our people live at or below the poverty line. We’re behind — and under the current Republican administration, we’re falling further behind. We need change to get New Mexico moving in the right direction. We need new leadership that will focus on investing in our children’s education, promoting jobs by growing New Mexican businesses, and offering a realistic path out of poverty for New Mexico’s working poor. There’s a bright future that’s waiting for New Mexico if we all work together. I want to use my values, talents and passion to create that better future.

You’ve never run for elected office. What’s surprised you most about the experience?

The most surprising thing is how much fun it is. Everyone should run for some office, at least once, just to experience what it’s like to meet people in the political arena. It’s energizing when you get to travel across the state and meet people in their own communities.

You’ve referred to New Mexico’s Republican Governor, Susana Martinez, as a “failure.” Why?

My assessment of Governor Martinez is based strictly on her record. As Governor of New Mexico, she is in effect the CEO of her state. When you look at the substance of her administration, it’s a record of failure: jobs failure, educational failure, environmental failure, human rights and human dignity failure. When you look at the tone and style of her administration, the record is just as bad. This is a governor who doesn’t respect teachers, parents, students, immigrants, working men and women, Native Americans, women, gays and lesbians, or anyone who disagrees with her. She has divided us as New Mexicans purely as a matter of seeking her own political advantage.

Who, or what, has inspired your vision of government service?

My idea of community service and community engagement goes back to growing up in St. Louis in the 1950s and 1960s. My father and mother also taught me that it was not enough that I have opportunities; others should share in those opportunities as well. I vividly remember Rev. Martin Luther King, Jr. coming to our synagogue to give a sermon shortly before the March on Washington. There were ongoing discussions about justice and opportunity, civil rights and equality in our family and among our friends. I can’t remember a time when that spirit of finding a way to make a contribution and looking for opportunities to make a difference wasn’t in our home.

Alan Webber Wants To Be Governor of New Mexico