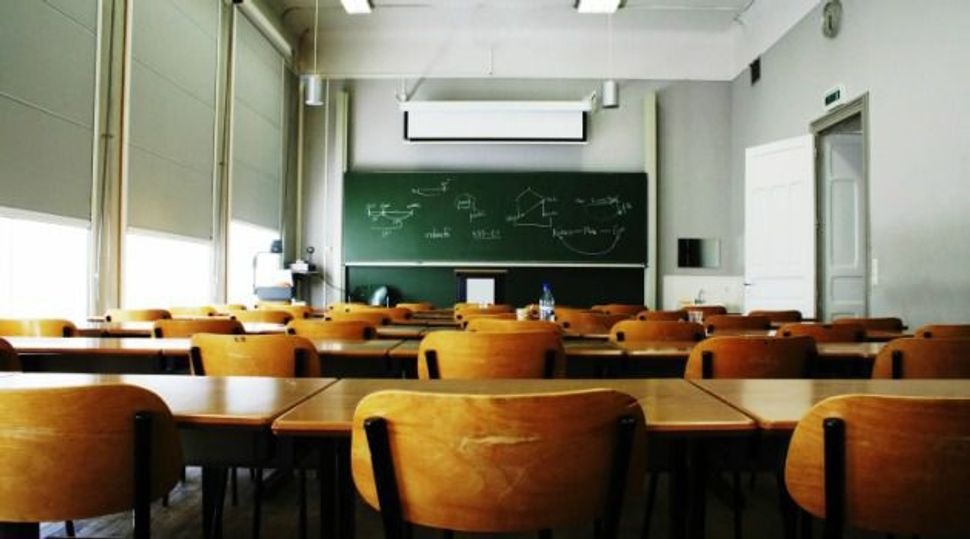 The uproar in the Jewish community over the American Studies Association’s vote to boycott Israeli universities has largely overlooked one point: Are we, who oppose these sorts of boycotts, truly committed to academic freedom for people of all views on the Israel-Palestine conflict?

Of course there are reasons, aside from academic freedom, to oppose the academic boycott movement. One might stress the fact that Israel is being singled out for measures that are not applied to states that much more grossly violate human rights. Or one might note that the Boycott, Divestment and Sanctions movement opposes the very existence of Israel as a Jewish state, and its members often engage in rhetoric that borders on anti-Semitism. But the main reason given in public discussion for opposing the boycott of Israeli universities is a belief in the great importance of academic freedom. This is also an argument that should be able to bring together supporters and critics of Israel.

But Israel’s staunchest supporters do not always demonstrate any greater concern for academic freedom than those on the left they oppose. In recent years there have been attempts — first by the advocacy group Im Tirtzu, then by the Israeli Ministry of Education — to close a department at Ben-Gurion University for political reasons. In the United States, pro-Israel advocacy groups have pressured universities, notably Barnard College and DePaul University, to refuse tenure to anti-Zionist faculty members.

Last year, the New York City Council threatened to defund Brooklyn College over a proposed visit by the (proudly Jewish, if anti-Zionist) philosopher Judith Butler. And now the New York State Legislature is considering a law that would strip funding from universities that fail to dissociate themselves from groups supporting the ASA boycott.

Academic freedom is important, moreover, as a part and paradigm of freedom of discussion more generally. Yet in recent years, many pro-Israel groups in America have tried to squelch free discussion of the Israel-Palestine conflict. Think of Hillel International’s policy of forbidding its affiliates from co-hosting events with groups that “delegitimize, demonize or apply a double standard to Israel” — a policy that has resulted in, among other absurdities, the barring of Avraham Burg, a former speaker of the Knesset, from Harvard Hillel. People who work in Jewish communal organizations know these examples are not isolated. One leader of a Jewish institution I know met me in a restaurant far from his workplace so that he could get my advice on whether it might cost him his job if he attended a J Street conference.

Some of these examples directly affect free speech on college campuses; some do not. But they all represent a worrying trend, in Israel and among Israel’s supporters in America, to suppress discussions of Israel-Palestine rather than fostering them, to obstruct the free exchange of ideas rather than defending it. And it looks odd, to say the least, when people so unfriendly to free discussion suddenly hold it up as a sacred value in response to the academic boycott movement.

With this in mind, I’ve worked with a group of progressive colleagues to put together a public statement of principles, in the form of an online petition, that condemns the ASA boycott as well as threats to academic freedom coming from the Israeli government and from pro-Israel groups in the United States. To date, it has been signed by over 270 academics. We believe it is important to combat the misrepresentations of Israel in the BDS movement, and we find it bizarre to boycott one of the most liberal sectors in Israeli society. Universities in Israel abound in critics of Israeli policy and provide otherwise rare opportunities for Jews and Arabs to meet.

But we also believe that the principle of academic freedom needs to be upheld across the board in this conflict — not just when it is convenient for one side or the other. We want to remind both American and Israeli Jews that the value of free discussion is a long-standing part of our traditions. And we think that only an academic community that welcomes into its midst Israelis and Palestinians alike, and Zionists and anti-Zionists alike, can contribute to solving the conflict — can help find ways of bringing peace and justice to both communities, rather than exacerbating the divisions between them.

Samuel Fleischacker is a professor of philosophy at the University of Illinois-Chicago, and a fellow, in 2013-14, at the Center for Advanced Study in the Behavioral Sciences at Stanford University.