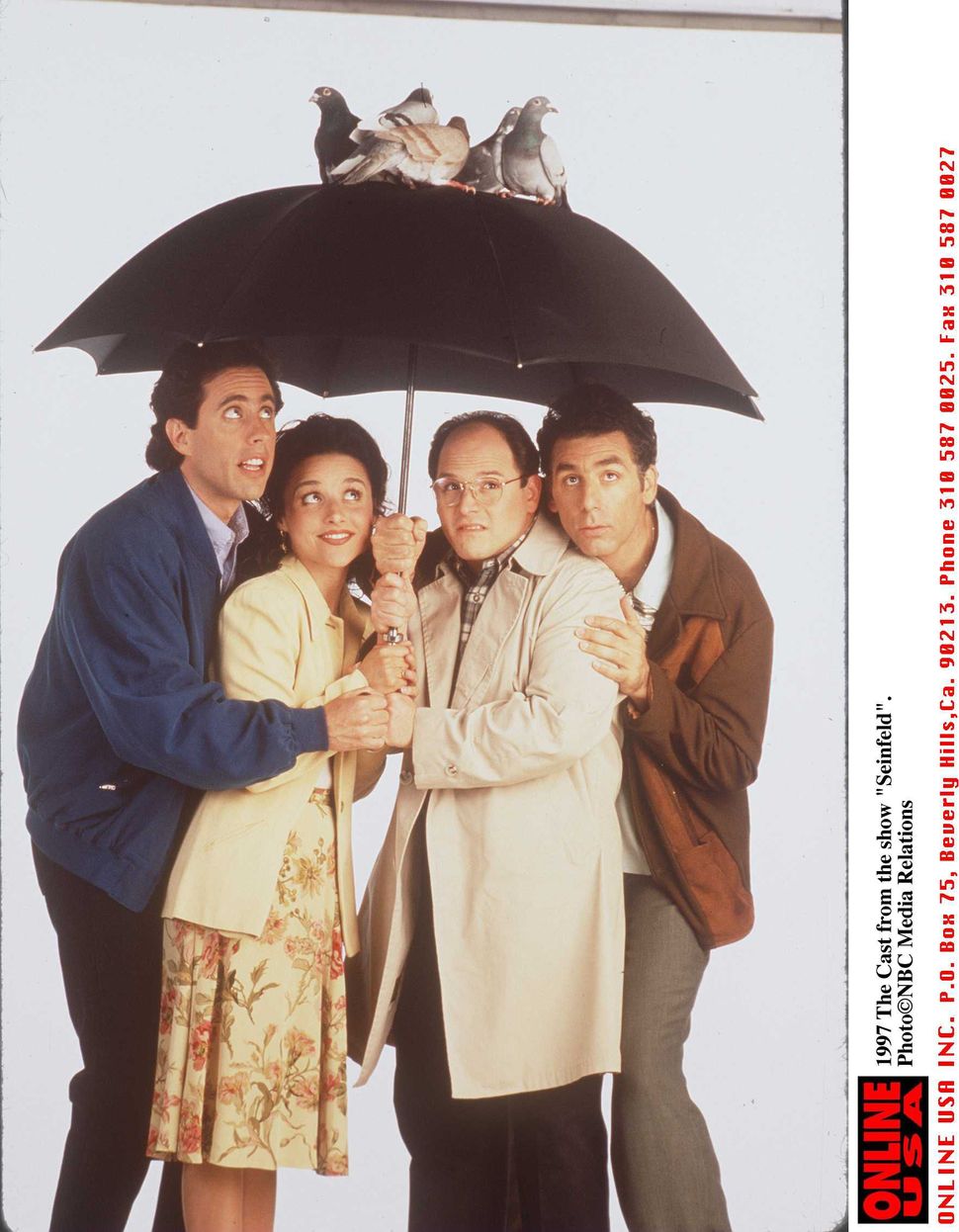 I mean, people think it’s the Census or something? I mean, this has gotta represent the actual pie chart of America? Who cares? It’s just funny, you know. Funny is the, is the—is the world that I live in. You’re funny, I’m interested. You’re not funny, I’m not interested. I have no interest in gender or race or anything like that. But everyone else is kind of with their little—calculating, is this the exact right mix? You know. I think that’s, uh—to me it’s anti-comedy. It’s anti-comedy. It’s more about, you know, PC nonsense than, Are you making us laugh or not?

The segment aired Monday morning, February 3 on CBS This Morning, and promptly came under fire. Kyle Chayka at Gawker jumped on it immediately, saying that Seinfeld “seems to suggest that any comedian who is not a white male is also not funny, though he’s also likely fed up with the amount of bad comedy he’s been forced to sit through in his (waning) career.

Which is too bad, because Seinfeld is downplaying the work of everyone from Richard Pryor and Bill Cosby to Aziz Ansari, Mindy Kaling, and Eddie Huang, who are all in various stages of their own sitcoms that just might turn out to be the next Seinfeld.

That’s an awfully big leap. Seinfeld said nothing at all about the work of Pryor, Cosby or anyone else. Chayka cites a number of top-notch comics who aren’t white males—and the truth is, there are legions of them working today, more than ever before—to suggest that Seinfeld overlooked them by narrowing his search to white males. But what Seinfeld was saying was precisely that he’s not interested in searching for comics according to their racial, ethnic or other identities. He wasn’t searching for white males. He wasn’t searching for anything except funny.

Should he have searched for a more diverse guest list? If you watch Comedians in Cars, you have to be struck by the intimacy of the format. Seinfeld clearly began by going after comics he’s closest to or has most admired. As the series goes on, he starts reaching outside his immediate circle, and the list immediately becomes more diverse.

The day after the interview, February 4, Time.com entertainment writer Lily Rothman weighed in, arguing that the interview gains importance because it comes on the heels of the diversity storm that hit Saturday Night Live in October over its lack of black female comics. People are mad at Seinfeld, Rothman wrote,

not because Seinfeld prioritizes humor over diversity, but that he’s saying — given the existence of funny people from a wide variety of backgrounds — that it’s “PC nonsense” to give any thought to the message sent by highlighting mostly white men. The very response to his statement, and to the whole recent history of diversity in comedy, shows that he’d do well to give it more weight.

Well, no. Seinfeld was responding to the criticisms of his show, not the larger debate over SNL and diversity in comedy. SNL is a major network institution that’s served as a gateway for generations of young comics to rise to stardom. For that reason, its decisions matter. But Seinfeld’s web series doesn’t matter in that way.

Then it really got nasty. In a segment on Huffington Post live, hip hop artist Amanda Seales zeroes in on Seinfeld’s “Who cares?” to drop what host Marc Lamont Hill delicately called “the R word” (when did the word “racist” become taboo?). “I am somebody,” Seales said,

who believes that indifference is a real close relative to hate, so this sounds kind of racist.

And she notes that Seinfeld has gotten a lot of support from right-wing goons on the web to suggest that he’s now “in the racist clique, not the comedy clique.”

Another guest, Sharon Fabulosa, adds that Seinfeld has taken heat over diversity before, going back to the days “when Seinfeld was on the air and running over the lack of diversity.”

Funny story. In fact, when Seinfeld and partner Larry David famously first pitched NBC their idea for “a show about nothing,” the network wasn’t interested. The president of the network’s entertainment division, the late Brandon Tartikoff, didn’t believe Americans would tune in to watch a quartet of New York Jews sitting around schmoozing about their lives and neuroses. Other executives, who liked the idea, stepped in later and prevailed on the duo to rework some scripts so that at least two of the four leads were explicitly identified as non-Jews. Thus was Seinfeld forced to diversify the cast of his show in order to get it on the air.

When Seinfeld premiered in 1989, NBC had been carrying The Cosby Show for five years and The Golden Girls for four. But Seinfeld in its original format was insufficiently diverse? I’m just saying.