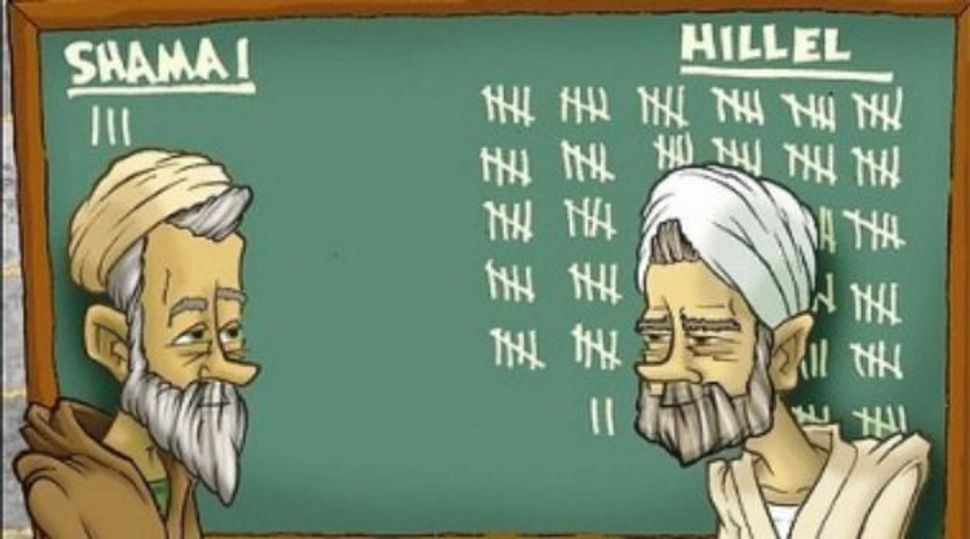 “Do you kids have a permit to hang up all of these posters around the city?” the policeman asked. “Permit?” my friend and I questioned in response. “We are trying to raise public awareness about baseless hatred, and destructive conflict, and you’re asking us for a permit?” Yet, after several hours in the sweltering heat of a downtown Jerusalem police station, we reconsidered the idea of advertising the 9th of Av as a day warning against baseless hatred along religious and political divides.

Twenty years later, Jews and Jewish communities are still very much conflicted and divided. Now, with a few more friends, and as the director of the Pardes Center for Judaism and Conflict Resolution, I find myself once again attempting to promote a Jewish day of constructive conflict — only this time it’s not on the 9th of Av, but on the 9th of Adar.

You may be wondering, “The 9th of Adar? What exactly happened on that day?” If so, you’re not alone. I had never heard about the 9th of Adar until a year and half ago,when I came upon it by chance one Friday night at shul. What I would later discover was that on the 9th of Adar, approximately 2,000 years ago, the initially peaceful and constructive conflict or machloket l’shem shamayim (dispute for the sake of Heaven) between the two great Jewish schools of thought, Bet Hillel and Bet Shammai, erupted into a violent and destructive conflict over 18 legal matters — many of which had to do with how open or closed to be towards non-Jews.

As many as 3,000 students died on that day, according to some sources. Many historians have claimed that the events took place during the great revolt against Rome immediately preceding the destruction of the second Temple in 70 CE. The day was later declared a fast day, and it can be found in every book of Jewish law. But it was never, ever commemorated as such.

To me, the 9th of Adar seemed like a very appropriate day to promote the theories and values of constructive conflict and machloket l’shem shamayim as core to Jewish culture, identity and practice today. The question was how individuals and organizations could actually participate in this day, especially since no one I know would be terribly excited about yet another fast day! We therefore came up with 18 ways individuals and organizations could participate, recalling the 18 legal matters over which the conflict erupted. These included fasting from destructive speech, greeting people in a special way, studying texts that inspire healthy machlokot (conflicts) and actually attempting to engage in conflicts in a more constructive manner.

Sunday February 9th was the 9th of Adar, and while not every Jew around the world may have commemorated the day, there was certainly a tremendous amount of progress made in that direction. Through the incredible support of our organizational partners, rabbis spanning the denominational gamut in Israel and the U.S. spoke about the day to their congregations. Teachers in religious and secular schools in Israel, as well as day schools in the U.S., taught and ran activities centered around the day. Community mediation centers in Israel ran special events, while in the U.S. facilitated conversations were held around conflicts relating to Israel.

At the Pardes Institute of Jewish Studies in Jerusalem, we studied about constructive conflict and the tragic events of the day, and hung up pictures and posters advertising the 18 ways people can participate in the day (and didn’t even need a permit to do so!). We then proceeded to engage in deep constructive conversations around contemporary conflicts facing the Jewish people today while, of course, munching on our freshly baked “machloket muffins” and “constructive conflict cookies” — because every good Jewish holiday needs its traditional foods, even when it may technically be a fast day.

At the very end of each book of laws that mentions the 9th of Adar, it is stated that “in the future, the Holy One Blessed Be He will turn these days into days of rejoicing and happiness … And so shall it be His will speedily in our days. Amen!” (see the study guide here). By establishing a Jewish Day of Constructive Conflict on the 9th of Adar, I believe we are taking an important step towards turning this prophetic dream into a reality, and through doing so, experiencing what it would mean for Jews not only to agree that we will always disagree, but also to agree on how we choose to disagree.

Daniel Roth is the Director of the Pardes Center for Judaism and Conflict Resolution.