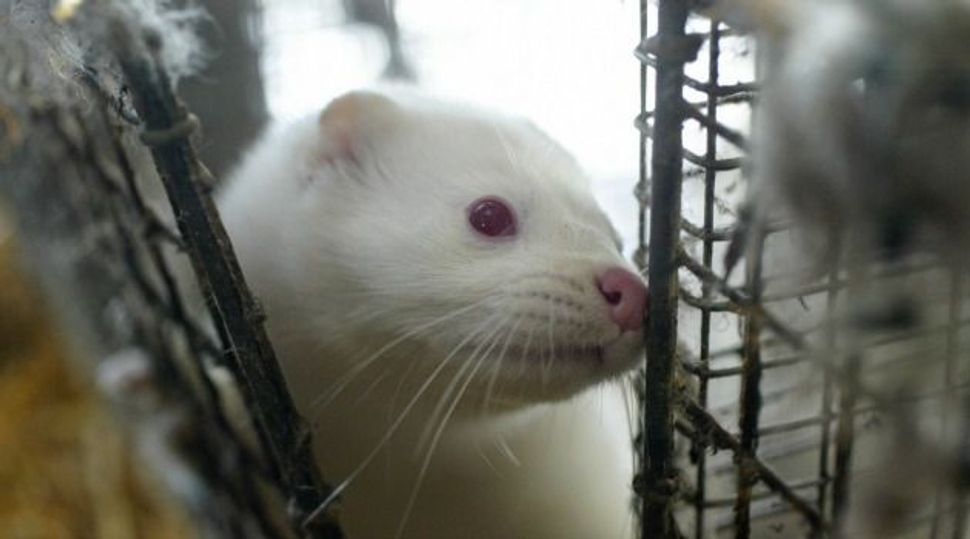 Ritual slaughter, performed according to Islamic and Jewish tradition, is considered a humane method of slaughter under the Humane Methods of Livestock Slaughter Act (HMSLA), the United States federal law designed to decrease animal suffering. In ritual slaughter, the trachea, esophagus, carotid arteries, jugular veins and vagus nerve is cut with a swift action using an extremely sharp blade, resulting in quick death.

But a growing number of countries, including Poland, Iceland, Norway, Sweden and Switzerland, have restricted ritual slaughter, under the guise of animal welfare.

The ban would require stunning, a method of slaughter not permitted under kosher shechita and Islamic hallal restrictions (some authorities permit reversible stunning, such as electro-stunning, prior to the cut).

Claiming animal welfare as a basis to restrict humane Jewish and Islamic slaughtering practices is wrong, and is a further erosion of religious liberties in a country already attacking other religious rituals, including circumcision.

Denmark allows traditional hunting. With hunting, animals are shot at a distance, and can end up wounded, and suffering, for hours before death. Hunting is certainly more painful than religious slaughter, where the carotid arteries and jugular veins are quickly severed with a sharp knife, rendering the animal almost immediately unconscious.

Minister Jorgensen claims that slaughter “must be done in a way that does not bring pain to the animal. This can be accomplished only by stunning.”

Contrary to Jorgensen’s sweeping assertions, there is nothing cruel about the age-old practice of killing animals by a swift cut to the throat. Neurophysiological research also disputes Jorgensen’s claims. For example, a study in the Veterinary Record concluded that ritual slaughter “is a painless and humane method of animal slaughter.” Stunning is not foolproof either. When the machinery fails, the animals suffer.

The Torah and Qur’an’s both require that animals be treated compassionately and humanely prior to and during slaughter. By claiming that animal rights conflict with religion, Jorgensen demonstrates an anti-religious bias and complete misunderstanding of Abrahamic religions.

If Denmark is really concerned about animal welfare they should be focusing on humane husbandry practices that prevent animal suffering in cattle and fur farms, not on targeting a humane ritual slaughtering method.