The Disappearing Places of Our Jewish Past in the Old Country 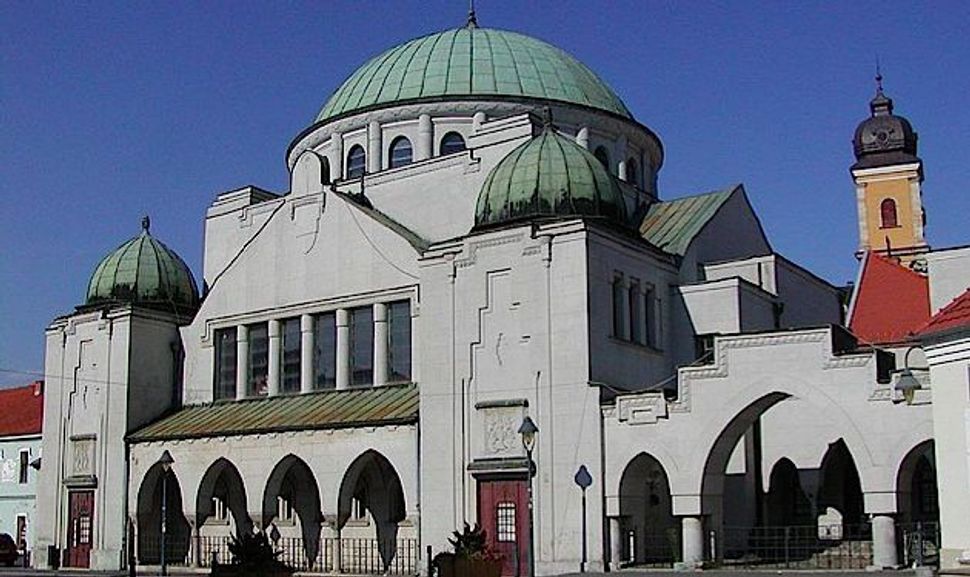 I was born in a city in eastern Slovakia, called Bardejov.

When I was growing up, we Jews made up nearly a third of the city. We had synagogues, schools, a number of communal organizations, even a couple of Hebrew publishing houses. Then came the Holocaust. Only several hundred of us survived. Some of us came back, but in 1948 the Communists took over, and by 1950 only a handful of families remained. I left Bardejov in 1949, after my bar mitzvah, and did not return again until 2005.

I came back just after Meyer Spira died. For a long time, he and his brother-in-law were the last two Jews left in Bardejov. All those years, long after it was clear that there would never again be a minyan, Spira had watched over the Bikur Cholim synagogue, where I had had my bar mitzvah just three years after being liberated from Bergen-Belsen.

Still, despite everything that Spira did, Bikur Cholim was dilapidated. And the other centers of Jewish life in Bardejov — places that date back 200 years — were either in worse condition or had become regular places of business, as if those who hadn’t made it back had never lived there.

The Old Synagogue was being used as a warehouse for a hardware supply company called Unikov. To this day, the company still runs its business out of the mikveh and beit midrash, which, together with the Old Synagogue, form Bardejov’s Jewish Suburbia, as the compound is called in Slovak.

The Jewish Suburbia is not just a holy place, it is also a historic place. The compound was one of the reasons UNESCO picked Bardejov as a World Heritage Site in 2000, turning the city into a tourist destination. It is also one of the few things left in Bardejov that shows that not so long ago — when I was a boy — there used to be hustling, bustling Jewish life there.

Being in Bardejov and seeing that the Jewish Suburbia was being used to sell and store hardware supplies was just too much. I simply could not stand by and let our history disappear. And so I acted.

I started by arranging for the cleanup and restoration of the cemetery. The next year, I founded the Bardejov Jewish Preservation Committee, a not-for-profit organization dedicated to restoring and preserving our communal properties as memorials to Bardejov’s rich Jewish history.

The Old Synagogue has since been emptied of all evidence of the hardware supply company, and most of the necessary restoration work is now complete. And this June we will dedicate the Bardejov Holocaust Memorial Garden, on a plot of land right next to the Jewish Suburbia. The hardware supply company still occupies the mikveh and beit midrash, but at least the complete erasing of Bardejov’s Jewish past has been prevented.

The same cannot be said, however, for many other Jewish sites in Slovakia, and throughout Central and Eastern Europe. Our history is disappearing, to a degree of which most Jews here in America are not aware. Slovakia, a country less than half the size of Kentucky, has 600 to 700 Jewish cemeteries and more than 100 synagogues that either are in disrepair or are being desecrated through misuse. And that is not counting the dozens of mikvehs, cemetery chapels and other Jewish sites that remain across the country.

When my generation is gone, it is only these places that will be able to tell the story of the vibrant Jewish life that used to exist in the country.

We need to preserve these places in order to educate our children and grandchildren about their history and to connect them with their heritage in a meaningful way. We need to preserve these places in order to teach them that it was not just a number that Hitler murdered, but 6 million real people who came from real places, who lived normal lives before the Holocaust, who ran their businesses and went to synagogue and sent their kids to school. When places like Bardejov’s Jewish Suburbia are restored and preserved, it ensures that there is real, concrete evidence that we were once there, and that the Holocaust that caused our disappearance can never be denied.

We may all have lives now far from the cities and towns our families came from, but by default the responsibility to preserve what little remains of our history has become ours. Most local authorities do not have the money for preservation work, and of the ones that do, very few have an interest in actually doing something about it.

Emil Fish, founder of the Bardejov Jewish Preservation Committee, is a member of the United States Commission for the Preservation of America’s Heritage Abroad.

The Disappearing Places of Our Jewish Past in the Old Country