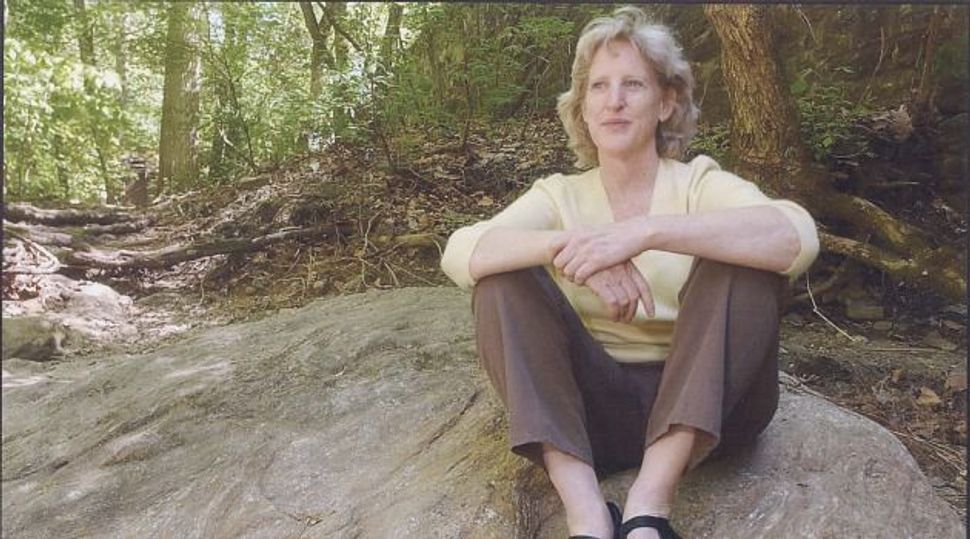 Image by courtesy of ellen bernstein

The Jewish world is still aflutter with the recent results of the Pew Research Center’s study of American Jews, which speaks of declining Jewish identification among young people. While much of the institutional world is fretting about how to reach Jews who don’t identify with being Jewish, Hampshire College, a secular institution in Amherst, Mass., whose Jewish population is 27.7% of the student body, is trying to do something about it.

For the past few years, the spiritual life department at Hampshire has been grappling with the question of what it means to serve the spiritual needs of Jewish young people and what it means to be a rabbi in a place where about only 10% of the Jewish population attends Sabbath activities. This year, as a response, Hampshire redefined the role of the rabbi and renamed the position “adviser for identity and praxis.”

To some, this seemed like an indication of a desire to “take the Jewish out of the position.“ But in fact the change was meant to more accurately, more effectively and more fully serve the entire Jewish community — not just those who already have a strong, positive Jewish identity.

I was recently hired to fulfill the position and I, for one, am delighted with Hampshire’s decision. While some people shake their heads and look quizzically when I mention my new title, I respond, “Think adviser for being and doing, or adviser for meaning and purpose.” I am grateful to be able to help individuals in the Hampshire community navigate the challenges of their lives, discern their innermost truth and find greater fulfillment and connection.

While I am charged to work with students who already have a strong Jewish identity and help them strengthen their spiritual and Jewish bonds, this title offers me the chance to also meet students who are ambivalent about Judaism, identify mostly with secular culture and would not think of seeking out a rabbi for advising or for meaning making.

The title also gives me the opportunity to work effectively in the public domain (the entire Hampshire community), not just in a Jewish one. I have always believed that the best way to reach Jews who do not feel at home in Judaism is to do compelling Jewish work in public: to contextualize Judaism within the marketplace of ideas; to break down tired, old images of Judaism and raise up new, vibrant ones. In the past, I have produced inter-spiritual Tu B’Shvat Seders in which my organization, Shomrei Adamah, partnered with the Philadelphia Parks & Recreation department, and an All Species Parade in which we partnered with the Philadelphia Zoo.

Creative Jewish programs in the public domain — a place where you would least expect to see them — can surprise people and pique their curiosity about what it might mean to be Jewish. People need to feel attracted to a vision of what Judaism could be before they will start coming around for Sabbath dinners.

What might this look like at Hampshire? It will depend in large part on the students. But in addition to traditional Jewish programming, teaching and advising, my vision includes developing workshops on Judaism and Buddhism, Judaism and art, Judaism and the land. I imagine service projects in which students are participating in the life of surrounding communities: in river cleanups, urban restoration, and design and arts projects. I imagine Jewish students bringing an understanding of biblical and rabbinic agricultural principles to the student-run farm at Hampshire, perhaps an elegant Sabbath farm-to-table dinner served en plein air on the rolling Hampshire meadow.

The media brings us stories about the rising number of “Nones,” people with no religious affiliation, on a regular basis — it’s not just a Jewish phenomenon. But while the religious establishment tends to see this situation as a sign of doom, here at Hampshire we think it may actually be an opportunity to reconsider what it means to be Jewish and what it means to be a human being at this particular moment in history.

Ellen Bernstein is the adviser for identity and praxis at Hampshire College. Contact her at [email protected]