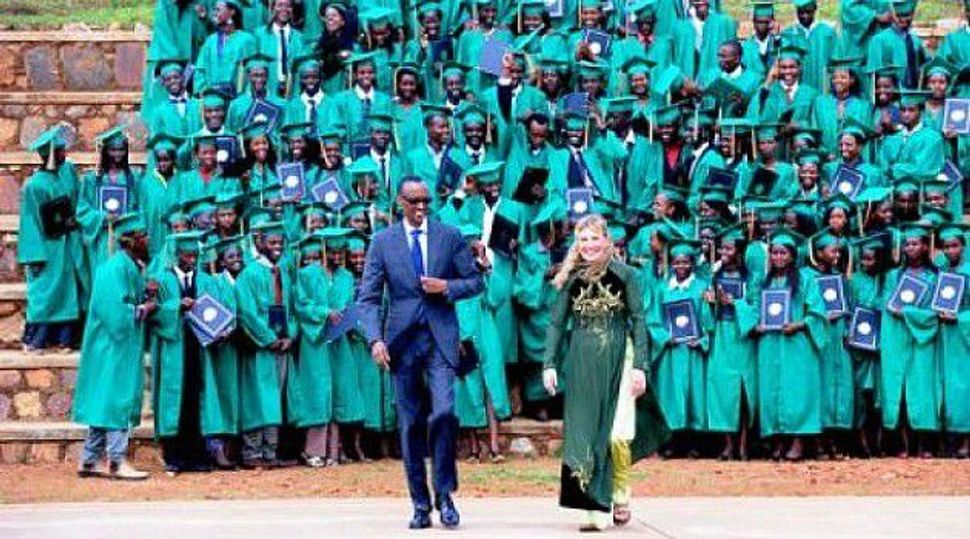 More than a month after the untimely death of Anne Heyman, friends and supporters say they are dedicated to ensuring the success of her unique Rwanda youth village.

“We’re all tremendously saddened but there is a rededication and a recommitment,” William Recant of the American Jewish Joint Distribution Committee, a personal friend of Heyman’s and a supporter of her work, told the Forward.

Heyman established the Agahozo-Shalom Youth Village in 2008 for children who lost their parents during Rwanda’s 1994 genocide. The village was modeled on the techniques Israel’s kibbutzim used to deal with Holocaust orphans.

When Heyman died in a horse riding accident January 31, tributes poured in from Jewish leaders across the country. Students at the Rwandan school that she had founded mourned her death.

Recant said that Heyman’s death, which came a year after Agahozo-Shalom lost its first director, saddened everyone involved with the project, but that supporters are determined to keep their vision alive.

“I personally am committed to giving more than I have in the past, because we can’t financially rely on Anne to be the one to make it happen,” Recant said. “A lot of us feel that way.”

Philanthropist Richard Sandor, who was inspired by Heyman and her husband’s work, said that he and his wife, Ellen, are now committed to ensuring the success of the youth village.

“With Anne, you had a human being who was not only willing to put in financial resources, but also her whole mind and heart into the project,” he said. “When she met such an untimely death, my wife and I decided to donate some more money and try and build up a campaign so her legacy continues.”

Sandor, founder of the Chicago Climate Exchange, has been independently fundraising for the village and matching donations with his wife through the Richard and Ellen Sandor Family Foundation.

Other longtime supporters will also continue to support the village with a rejuvenated sense of purpose.

Lauren Bloom, the assistant director of Tufts Hillel, which Heyman supported, said that the group will continue its annual Jewish service trip and fundraisers for the youth village in Rwanda.

“Our students are committed to raising the same if not more money for the village, and feel a sense of connection and drive to get the message out to campus and beyond,” Bloom wrote in an email. “Anne was a role model, friend and an inspiration.”

Following Heyman’s death, her family immediately picked up the torch. Her 19-year-old son, Jonathan Merrin, journeyed to Africa for a month-long volunteer trip at the youth village. Another son, Jason, plans to join the board of Agahozo-Shalom. Heyman’s widower, Seth Merrin, who helped found the village, said last month that he would not allow her death to derail her dream.

“The commitment of her family is unbelievable,” Sandor told the Forward.

The sixth annual fundraiser for the Agahozo-Shalom Youth Village will be held in New York City on May 5. The evening will be dedicated to celebrating the life of Anne Heyman.