Israel Makes Some Headway at U.N. 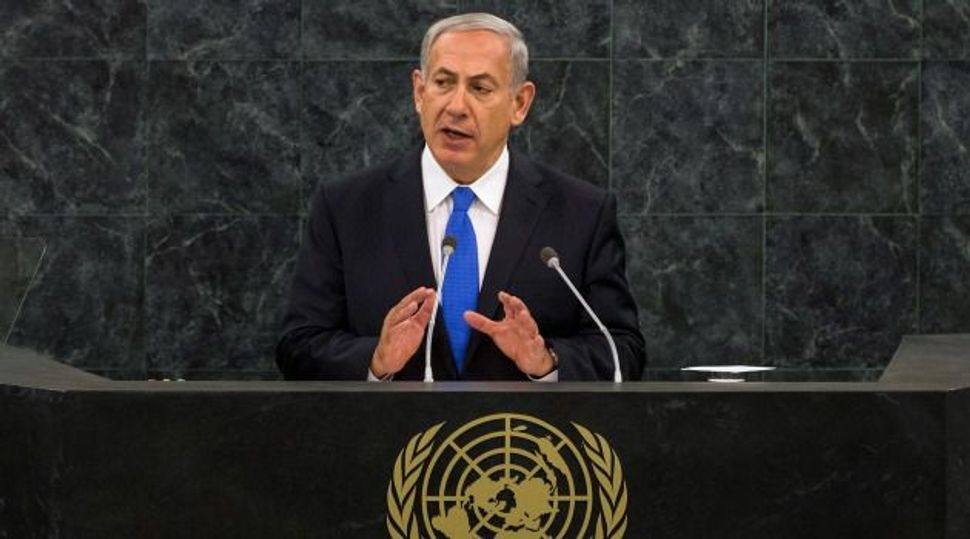 As someone who has protested outside the gates of the United Nations on several occasions, I find it astonishing to now witness some heartening developments at the world body.

Contrary to the dire predictions that the Boycott, Divestment and Sanctions movement, settlement growth, and systemic discrimination at the United Nations are leading to Israel’s increasing isolation on the world stage, the sky is not falling on the Jewish state. At the U.N., an organization that many consider to mirror the attitudes and perceptions of the global community, stellar diplomatic efforts by Israel and the enormous political capital expended by its staunchest ally, the United States, are steadily normalizing Israel’s status.

Consider, for example, that in late February, 170 countries unanimously nominated Israel’s ambassador to the U.N., Ron Prosor, to chair elections for the U.N. Human Rights Committee, an agency that has taken many shots at Israel in the past. As Prosor rightly pointed out, “The central role Israel plays to advance human rights around the world is the real answer to anyone calling for boycotts against Israel.”

This success followed a series of groundbreaking actions, ending years of exclusion of Israel from the geographic regional blocs that are so central to U.N. activities.

Because of Arab states’ rejection of Israel’s membership into the U.N. Asian Group (Israel’s natural geographic designation), for nearly four decades, Israel was the only U.N. member state excluded from membership in one of the five regional groups. As a result, Israel could not sit on any U.N. body where membership in a regional group was required, including the Security Council, the Human Rights Council and the Economic and Social Council. In May 2000, this discrimination began to change — due in large measure to the unrelenting efforts of the late ambassador Richard Holbrooke, and then secretary of state Madeleine Albright. Israel became a temporary member of the Western European and Others Group in New York, and its membership in this body was granted permanent renewal in May 2004. Yet, Israel was still excluded from the regional group system at other important U.N. locations, such as Geneva, Nairobi and Rome, an anomaly that was also rectified recently — in November 2013.

In early March, Israel was admitted in New York to “JUSCANZ,” a U.N. voting bloc comprising the non-European Union states from the “Western” group, which includes the United States, Canada and many of the world’s most advanced democracies. Prosor hailed Israel’s admission, saying: “An historical injustice has been corrected…. Israel’s admission into JUSCANZ highlights the international community’s recognition of our democracy. In the Middle East, a region where women are stoned to death and minorities executed, we are a beacon of human rights, equality and freedom.”

Buoyed by these breakthroughs, Israel is now putting on a full court press for the penultimate achievement — a seat on the U.N. Security Council for 2019–2021. The Security Council is arguably the U.N.’s most prestigious and powerful seat. Going head to head with Germany and Belgium, Israel will need to garner support from allied nations in its Western voting bloc as quickly and directly as possible.

The behind-the-scenes maneuvering at the U.N. that enabled Israel’s recent achievements should be instructive in guiding the campaign for a seat on the Security Council. Inclusion in the JUSCANZ alliance, for example was facilitated with strong support from the United States and through a proactive commitment from Samantha Power, America’s ambassador to the U.N., who noted shortly after Israel was admitted that the United States has for years pushed for the full inclusion of Israel across the system of the U.N. Joining regional groups has been central to America’s efforts not only to end discrimination against Israel, but also to significantly advance the Jewish state’s international standing.

It is precisely because America maintains such influence at the U.N. that we are able to promote and support Israel’s interests. Without continued U.S. engagement — and fiscal responsibility to the organization — we would not have the required leverage to bolster Israel’s position or to help defend it against bias from U.N. member states, most of which are not democracies.

Fairness toward Israel has hardly been the mantra of many, if not most, U.N. member states. Nonetheless, through sustained, and ever-relentless, engagement, the United States may yet bring about real change on Israel’s behalf. As Power vowed at a recent meeting of the American Jewish Committee, “I will never give up” on Israel’s election to the Security Council. Congress and the American public can put real teeth behind that pledge by supporting active. engagement by America in the U.N.Jewish tradition teaches, “The eyes are composed of two parts, light and dark, but we only see out of the dark.” We Jews face too much darkness in this world. It is good, however, to sometimes behold some light.

Joseph Potasnik is the executive vice president of the New York Board of Rabbis.

Israel Makes Some Headway at U.N.