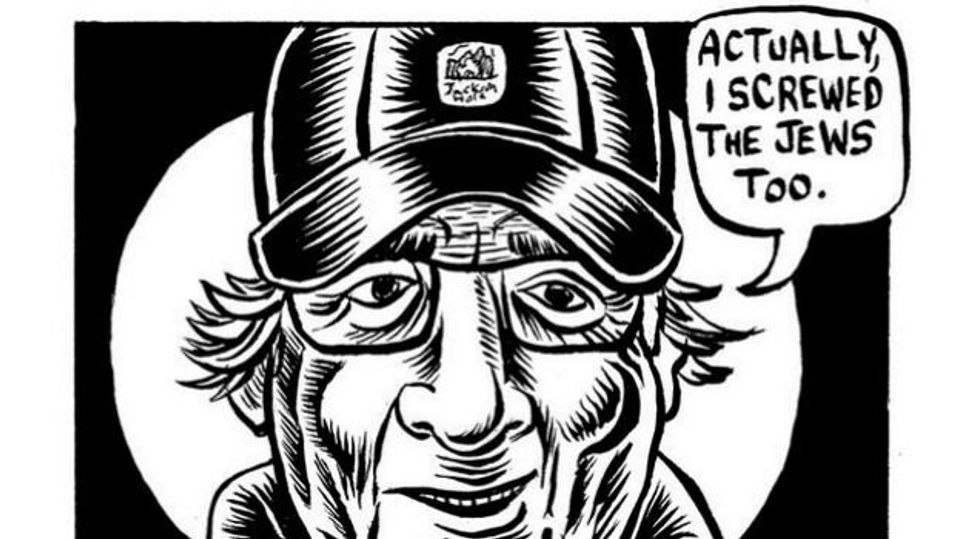 In an interview from prison last week, Bernie Madoff insisted, “I don’t feel that I betrayed the Jews, I betrayed people.”

I’m no psychologist, and it’s possible he was just trying to salvage any scrap of social and cultural connection as he languishes alone. But taking his words at face value, I agree with Madoff.

He didn’t betray “the Jews,” he betrayed human beings of all religious and ethnic backgrounds. Although his scheme disproportionately swindled from Jewish individuals and charities, they were targets not because they were Jews but because they were the most easy to access. They existed in his vicinity – in synagogues, country clubs and other social circles – and they were willing to give him money.

“Betrayal” insists that Madoff targeted his victims because they were Jews, and/or that he owed them more because they were Jews. It touches on an uneasy balancing act between peoplehood and chauvinism that comes to the fore whenever there’s a Jew in the news (i.e., always). While there can be something charming about ethnic responsibility and group fealty, it can quickly cross uncomfortable lines – lines the Jewish community never tolerates when others talk ominously of Jewish preference. It’s a line that makes some Jews mourn more deeply when a Jew is identified among scores of victims, or gloat when a Jew escapes tragedy by observing Shabbat, or even machinate to keep non-Jewish communities out of affordable housing. “Betrayal” implies crimes against Jews are worse than those against others, and Jewish lives more sacred.

When the Madoff scandal was at its peak, I drew a comic satirizing the moral blinders and double standards in the Jewish philanthropic community.

Did Bernie “betray” the Jews? In the comic, he did – and that’s what causes outrage.