The Right Plan To Save Jews? 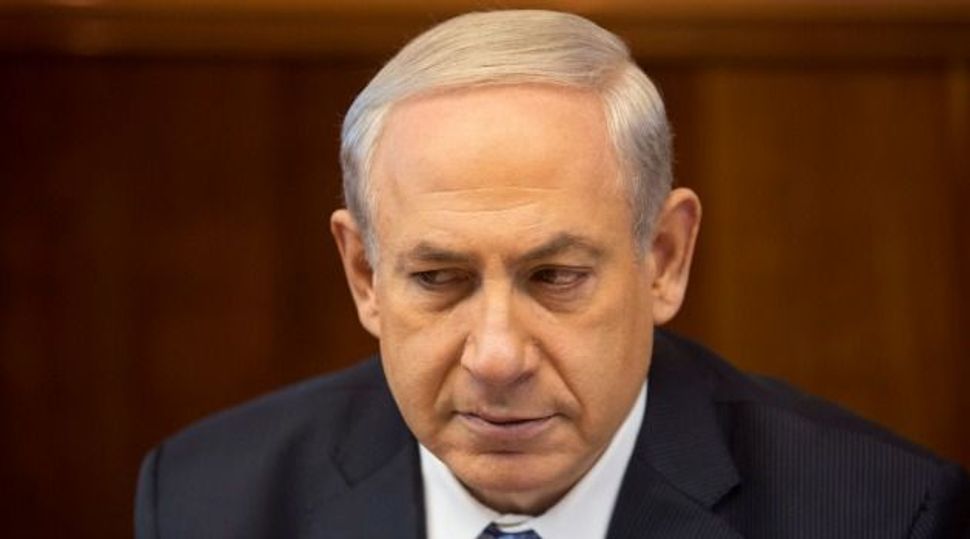 Americans donate about $1.4 billion to Israel-related charities each year. Now the government of Israel is asking for more. And, at the same time, it wants to send some money our way.

In the next few weeks, the Netanyahu government and the Jewish Agency for Israel are supposed to announce the framework for what’s being called the Prime Minister’s Initiative, aimed at strengthening Jewish identity in the Diaspora with Israel at the animating core. The initiative is expected to launch in 2015 and after five years, when fully implemented, it will cost $300 million annually — $100 million from the Israeli government, $100 million from philanthropists worldwide, and the rest from fees for services.

Despite the ambitious budget, the initiative is aimed only at four narrow demographics: teens, college students and young adults in the Diaspora, and young Israelis whose “strong sense of belonging and commitment to the Jewish people” needs cultivating. That’s according to a February draft report from the “content team” outlining the overall strategy; how the budget will be allocated and which bureaucracy in Israel will administer it all hasn’t yet been decided.

This strategic intervention could be, as its supporters proclaim, a grand reset button, a powerful antidote to the growing indifference to traditional Jewish life and disengagement from Israel that polls show characterizes more and more younger Jews. It could write an exciting new chapter of modern Zionism, focused no longer on building a state or protecting a state, but placing that state at the heart of a vibrant, connected Jewish global experience.

But we’re Jews. We’re journalists. We have questions.

Why should Diaspora Jews — Americans, in particular — trust, depend on and defer to Israelis to strengthen our Jewish identity?

As Yehuda Kurtzer wrote recently in the Times of Israel: “the multimillion dollar plan uses the guise of an altruistic and philanthropic effort to essentially obliterate the self-defined and idiosyncratic identity of American Jewry, and to replace it with a version better aligned to [Israel’s] own self-interest.”

Kurtzer, who as president of the Shalom Hartman Institute of North America oversees an array of educational programs across the continent, is understandably concerned that an initiative run out of Jerusalem will, as he put it in an interview, “misdiagnose the problem and misprescribe the solution when great initiatives are starved for resources here.”

Misha Galperin, the JAFI official who speaks for the initiative, says that pitfall can and will be avoided. “We are not re-inventing the wheel,” he promised in an interview. “We are looking at what has already been done and combining those programs in ways that could be transformational.”

Neither JAFI nor the sprawling Netanyahu government apparatus are known for innovative efficiency, but they can be granted the benefit of the doubt for now. They will, however, need to prove that this effort will enhance the impactful programs already operating in the Diaspora and not squish, starve or denigrate them.

The initiative also needs to convince American donors that it’s smart to send money to Israel only to see it returned in some form to a Hillel or a summer camp back in the States. And that $100 million in extra funds expected from the Diaspora will not come at the expense of other worthy programs.

Why should Israelis pay for Jewish identity programs in the Diaspora when there are pressing needs at home?

It’s not for us to tell the Israeli government how to spend its taxpayers’ money, but the taxpayers sure should have a say. A JAFI spokesman pointed to a 2012 survey to show that Israelis are in favor of such an expenditure.

But the modest survey asked only about programs such as Taglit-Birthright that send young Jews to Israel, where they spend lots of money and contribute to the economy. The Prime Minister’s Initiative would direct Israeli money outside the country to support education programs when, as one expert wrote, “The educational establishment in Israel does not even have an agreed-on concept of Jewish identity.”

That expert is Stephen G. Donshik, a Hebrew University lecturer and former federation official. Writing for the website eJewishPhilanthropy, Donshik argued that it was absurd to spend Israel’s precious financial resources on the Diaspora: “It is beyond me how the Prime Minister and various ministers can support the PMI at the expense of ensuring that Israel’s educational system is successful in instilling a healthy sense of Jewish identity and until we have responded to the critical social welfare needs that are plaguing Israel society.”

Which leads to our final question. (For now.)

Is making the Israeli government the driver of Jewish identity the best and only way to reach younger, disaffected Diaspora Jews?

We’d ask this question no matter who was prime minister; it’s not so much about the person — though Benjamin Netanyahu surely has his share of detractors — as the top-down, institutionalized nature of the initiative, no matter how many thousands of Diaspora Jews are involved in the planning.

And it’s not just liberals asking that question. Here’s Gil Troy, writing in the Jerusalem Post: “Calling an educational project the ‘Prime Ministers’ Initiative’ may woo older philanthropists who want the official validation; but it may alienate younger students who resist any hints of politicization and indoctrination.”

Meaningful engagement in Israel is, in our view, an essential component of modern Jewish life, wherever you live. But if it is mature, honest, deep engagement, it may also be the most challenging part of modern Jewish life. Israel’s political tensions reflect life-and-death matters; its religious debates are far more consequential and polarizing than in the Diaspora. It’s an amazing nation, and it can be a very tough place to grapple with from afar. Just talking about Israel can be fraught, as countless rabbis, activists, communal leaders and ordinary Jews have learned.

None of that means Israel should be ignored. But should it be the centerpiece of all outreach, the central address for all Jewish programming? Because make no mistake: If this initiative is fully implemented, its very size, funding and official imprimatur will elevate it to a position of power, in much the way that Taglit-Birthright has come to dwarf and dominate other American Jewish ideas and initiatives in the last decade.

The very process of developing this initiative has opened up a fruitful conversation between Israel and the Diaspora, and signals the maturation of a vital relationship. The Israeli government and JAFI are to be commended for reaching out to thousands of Jews as the initiative is being developed.

It’s in that spirit that we raise these questions. And wait for answers.

The Right Plan To Save Jews?