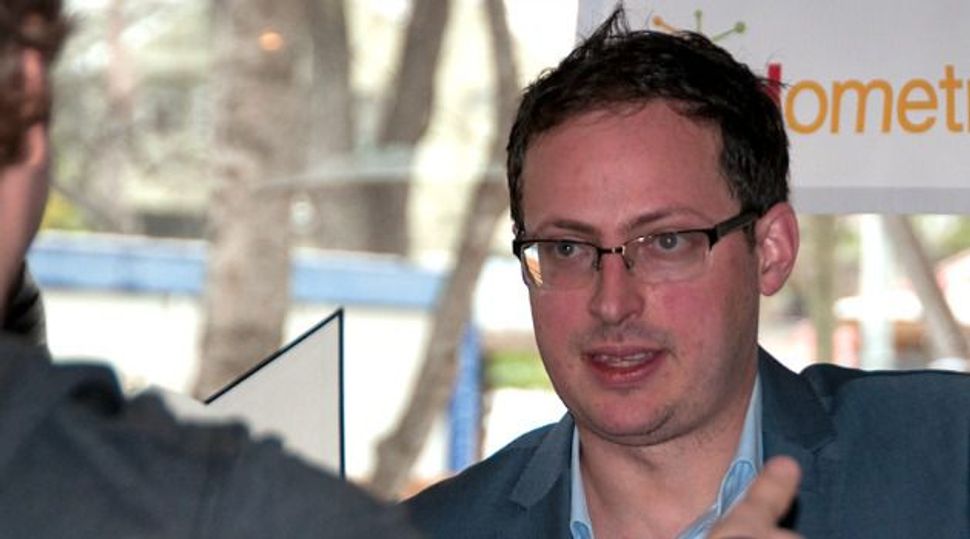 Warming to Task: Nate Silver?s new FiveThirtyEight blog aims to use data to address thorny public issues. Is hiring a skeptic of climate change to cover the environment sending the right message? Image by wikimedia

Nate Silver, the former New York Times data maven, has launched his own data-driven news site, and the reviews aren’t good. Liberals who once lionized him for his spot-on 2012 election predictions are now dismissing him as a chump.

What’s wrong? Well, a few pundits question his naïve use of statistics to tackle subjective questions of philosophy and values. But most of the attacks involve one controversial hiring decision: the contrarian environmental scholar Roger Pielke Jr. of the University of Colorado, named contributing writer on science and climate.

Trained as a political scientist, Pielke is an ornery, combative smart-aleck who claims to accept the facts of man-made climate change, but spends much of his time debunking new climate research, downplaying the threats and ridiculing scientists who disagree. He expends so much energy belittling climate experts — he recently accused White House science adviser John Holdren of “zombie science” — that he was listed in Foreign Policy’s 2010 Guide to Climate Skeptics. (The rest of his time seems to be spent crying foul when his victims hit back.)

Critics from columnist Paul Krugman to leading climatologist Michael Mann to liberal bloggers at ThinkProgress and Salon all claim Silver hurt his website’s credibility — fatally, some huffed — by hiring a “climate confusionist” like Pielke. The right, naturally, had a field day, calling it a case of left-wing censorship and ideological purism. “Greenies furious,” crowed The Daily Caller.

And while the mud flew back and forth, the ice continued to melt.

In fact, on March 16, the day before Silver launched his website, a major new study appeared in the journal Nature Climate Change, showing alarming, previously unknown melting on a glacier in frigid northeastern Greenland that had been thought stable. The Greenland ice sheet is the earth’s second largest after Antarctica.

The impact of melting ice in Greenland or Antarctica is different from the more familiar ice melt in the Arctic Ocean. Melting sea ice exposes dark water surface that then absorbs solar rays, acting as a heating element to the earth’s oceans. The warmer water changes polar wind patterns, pushing the cold polar vortex southward and generating extreme weather. What it doesn’t do is add water to the earth’s oceans.

Ice melt in Greenland, by contrast, adds new water to the oceans. That raises sea levels, threatening shorelines. The new study indicates that the northeastern Greenland glacier lost stability around 2003 and has been losing some 10 million tons of ice per year since then.

Sea levels worldwide have risen about eight inches since 1900. The rate of rise began accelerating some 20 years ago, due partly to warmer water expanding and partly to melting ice. Greenland melt is believed to account for about one-sixth of the recent rise.

It was that elevated ocean surface that allowed the storm surge of Hurricane Sandy in 2012 to sweep across whole towns and pour into subway stations and electrical transformers built to withstand earlier, lower sea levels. Eight inches caused havoc.

Current projections suggest a rise of between three and six feet by 2100. What will that mean for human habitat?

As it happens, that very topic — the impact of climate change on human society — is the focus of a major report due out March 31 from the United Nation’s 195-nation Intergovernmental Panel on Climate Change.

Six years in the making, it incorporates the findings of hundreds of peer-reviewed studies by thousands of scientists in dozens of countries. It’s actually Part 2 of a three-part report that began last fall with the physical science of global warming and ends this summer with prospects for mitigating or combating the threat.

Leaked drafts of the impact report indicate that if carbon emissions continue at their current pace, rising seas will force hundreds of millions of people from homes in coastal regions around the world in coming decades.

Drought will become an ongoing crisis in some regions, as will flooding in others. Basic food crop yields will decline by an average 2% per decade, even as populations rise. The combination of food and water shortages and habitat loss will lead to hunger, mass migration and violent unrest.

One of the important points to emerge in last fall’s physical science report was that a certain amount of change and disruption is already baked into the system, even if carbon emissions were somehow reduced to zero tomorrow. The carbon dioxide pumped into the atmosphere over the past 150 years of industrialization will remain for centuries and drive planetary temperatures steadily upward. The critical question is whether continued emissions drive up the pace of warming past the point where the planet is no longer habitable.

That last risk — passing the tipping point — is highly unpredictable. After all, nobody foresaw the absorption of vast amounts of solar heat in the deep ocean over the past decade, which slowed atmospheric temperature rise, resulting in a so-called warming hiatus. Nobody knows what will happen if and when the Arctic permafrost thaws, releasing billions of tons of new carbon into the atmosphere, nor how much will be released as carbon dioxide and how much as shorter-lived but infinitely more powerful methane.

Many predictions from earlier IPCC reports, including Arctic ice melt and extreme weather, have arrived decades sooner than expected. Many forecasts that sounded outlandish have proved too conservative.

Above all, nobody knows how human society will respond to the warnings. Indications so far are not encouraging. Much of the world views American leadership as essential to address the climate challenge. Yet polls show that public awareness and concern are lower in America than in any other region of the world. And they’re declining.

The scientific community is beginning to show signs of despair, even desperation. The 125,000-member American Association for the Advancement of Science, billed as the world’s largest general science society, announced its first-ever public information campaign March 19. Titled “What We Know,” it aims to inform Americans that climate change and its risks are as real as the link between smoking and cancer. It was greeted with a big yawn.

Association officials told reporters that the program aims to combat the climate-denying disinformation of big oil interests. Of course, they were too polite to say it in their literature. Besides, big oil is only half the story. The other half is naïve, ornery smart-alecks trying to get attention, and succeeding all too well.