What Olmert’s Conviction Means for Peace 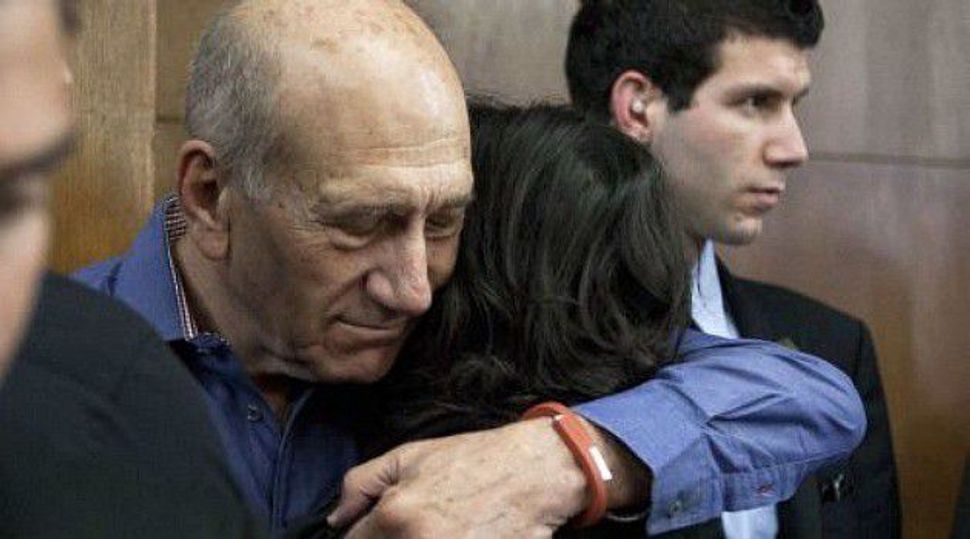 The Israeli legal system just got its teeth back.

Much has been written about the conviction this week of Israel’s Former Prime Minister Ehud Olmert in a bribery trial. The reverberations of the ruling are felt far and wide.

In the political sphere, this seems to be the end of the dream which continued to linger among some Israelis that Olmert would make a political comeback soon and complete the peace deal with the Palestinians, which some say was tantalizingly close when scandal forced him from office.

But one of the most important ramifications is in the legal, not political, realm. Israel’s state prosecution was humiliated at the end of last year, when it lost its much-anticipated corruption case against politician Avigdor Lieberman.

He was acquitted after a decade and a half of investigations against him for various alleged crimes. Among these was the claim that he had illicitly received hundreds of millions of dollars from businessmen, laundered through straw companies headquartered abroad.

But the state prosecution decided to drop its main case and pursue Lieberman on an incidental charge, which it thought was a safe bet, instead. It gambled and lost, leaving a feeling in legal circles that it had lost its ability to deal with corruption. Legal experts discussed this with the Forward at the time.

In the Olmert case that was decided yesterday, the state prosecution did not only get the conviction that it wanted, but it successfully negotiated the last-minute plea bargain with Olmert’s former bureau chief Shula Zaken, who had defended him to the hilt until then to secure it. The Olmert conviction is a strong antidote to the skepticism about Israel’s corruption-fighting ability.

What Olmert’s Conviction Means for Peace